Can unemployed EU citizens be expelled and banned from re-entry? 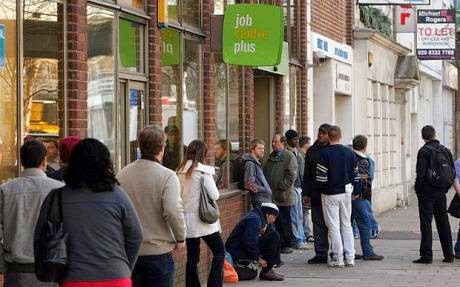 
As detailed in today’s Open Europe blog post, the idea of expelling unemployed EU citizens has recently been mooted in Germany, and is therefore interesting the critics of EU free movement in the UK. It is therefore a good time to examine in detail in exactly what circumstances EU citizens can be expelled.

First of all, it isn’t possible to expel EU citizens or their family members on the grounds of unemployment if they become ‘permanent residents’ in another Member State. This status is gained after five years’ legal residence in the host State (Article 16), or earlier if their work is interrupted due to retirement or permanent incapacity to work (Article 17).

Before that status is obtained, there are two phases in an EU citizen’s residence in another Member State. For the first three months of residence, an EU citizen can stay in another Member State without any conditions or formalities besides showing a residence card or passport (Article 6). However, there is no right to social assistance during that period (Article 24(2)), and EU citizens will lose the right to reside during this period if they ‘become an unreasonable burden on the social assistance system’ of the host State (Article 14(1)).

After the first three months, but before obtaining permanent residence status, an EU citizen’s right to reside in another Member State is conditional. The EU citizen must either: be a worker or self-employed person; have sufficient resources ‘not to become a burden on the social assistance system’; be a post-secondary student who makes a declaration concerning such sufficient resources; or be a family member of an EU citizen satisfying one of the first three conditions (Article 7). EU citizens retain the right of residence as long as they continue to meet these conditions (Article 14(2)). Conversely, they can lose the right to reside if they do not (or no longer) meet these conditions, but the Directive specifies that expulsion ‘shall not be the automatic consequence’ of an EU’s citizen’s recourse to the social assistance system of the host Member State’ (Article 14(3)).

Furthermore, it is not possible to expel a worker or a self-employed person, or a person seeking work, as long as such a person can ‘provide evidence’ that he or she ‘is continuing to seek employment’ and has ‘a genuine chance of being engaged’ (Article 14(4)). Any EU citizens subject to expulsion have the same procedural rights as those being expelled on grounds of public policy, public security or public health (Article 15(1)).

Three other relevant rules in the Directive are important. First, EU citizens retain the status of worker of self-employed person (and so protection against expulsion on grounds of unemployment) if they are: (a) temporarily unable to work due to sickness or accident; (b) involuntarily unemployed, if they are registered with an unemployment office, although if they have been employed for less than one year, this status might terminate after six months; or (c) if they have started vocational training (a concept broadly defined by EU law), although this must relate to their previous employment unless they are involuntarily unemployed (Article 7(3)).

Second, Member States cannot set a fixed amount to be considered ‘sufficient resources’, but must consider ‘the personal situation’ of each individual EU citizen (Article 8(4)). Third, if EU citizens die, leave or get divorced, their children retain rights to stay, as long as they are enrolled in education, along with the parent caring for them, even that parent is unemployed and reliant upon the social insurance system (see Article 12(3) of the citizens’ Directive and Article 10 of the Regulation on free movement of workers, as interpreted by the CJEU).

So, to sum up these rules, which EU citizens can – and cannot – be expelled due to unemployment?

EU citizens cannot be expelled due to unemployment if they: (a) are permanent residents; (b) are workers or self-employed persons; (c) have ‘sufficient resources’; (d) have worked for more than one year and registered as a job-seeker; (e) have worked for less than one year and registered as a job-seeker, for at least a six-month grace period; (f) entered as a work-seeker, and can prove that they are still seeking employment and have a genuine chance of getting a job; (g) are family members of an EU citizen who has the right of residence or permanent residence; or (h) are the parent carers of an EU citizen’s child as described above.

Conversely, EU citizens can be expelled due to unemployment if they are not permanent residents, lack ‘sufficient resources’, and have become an unreasonable burden on the social assistance system, provided that they: (a) are not workers or self-employed persons, or the family members of an EU citizen or the parent carers of an EU citizen’s child as described above; (b) have worked for less than one year, if their grace period of least six months has run out; or (c) entered as a work-seeker, and cannot prove that they are still seeking employment and have a genuine chance of getting a job. Even if these criteria are satisfied, the legislation and case law make clear that each individual case must be considered before expulsion.

So there are small categories of EU citizens who can be expelled due to unemployment, but this is subject to an individual examination and procedural rights. Member States with a more liberal treatment of unemployed EU citizens than the Directive requires can tighten those rules, as long as they do not go so far as to breach the Directive. Clearly a blanket rule providing for the automatic expulsion of anyone unemployed for a particular period would therefore not be compatible with EU law.

While the rules on the expulsion of unemployed EU citizens are complex, the rules on entry bans of the unemployed are very simple indeed. Article 15(3) of the citizens’ Directive states clearly that ‘The host Member State may not impose a ban on entry in the context of an expulsion decision’ that was taken on the basis of ‘grounds other than public policy, public security or public health’, ie on grounds of unemployment and poverty.

In light of this provision, it is remarkable that both the German and British governments are considering an entry ban of some sort. Are those plans compatible with EU law? The German intention is to impose an entry ban only on persons who have committed some sort of fraud. This raises the question of the correct interpretation of the ‘abuse of rights’ clause in the Directive (Article 35), which has yet to be clarified by the CJEU.

David Cameron’s proposal is that anyone who is expelled for not working would be subject to an entry ban for 12 months, unless they could prove that they have a good reason to return, such as work. On the face of it, this reason for an entry ban does not fall within the scope of the ‘abuse of rights’ clause, but rather within the scope of the rules which deal with the expulsion of those who are not working and who create an unreasonable burden for the social assistance system – where the Directive clearly rules out any entry ban.

While the Directive does allow EU citizens to be expelled due to unemployment and poverty, this is subject to tight substantive constraints, procedural rights for the persons concerned, and a case-by-case analysis. Moreover, a subsequent entry ban is ruled out. Both the German and British plans fall foul of these rules to an extent, the German plan because, at first sight, it sounds as if expulsion would be automatic, and the British plan because it would provide for an entry ban. Whether these rules should (or could) be changed is an entirely different question.