The new Directive on discrimination against EU citizen workers: spitting into the wind? 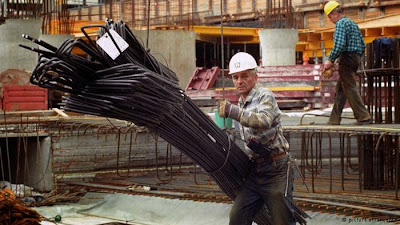 
Surprisingly enough, despite the public controversy about the number of EU citizens who are workers ('EU workers') who move between Member States, the Council and the European Parliament have recently agreed on new legislation on this issue. This new Directive, which concerns the enforcement of the rules banning discrimination against EU workers, was approved by the European Parliament this week, and will likely be formally adopted by the Council shortly. Member States will have two years to transpose it.

The Directive makes clear that its subject matter is the enforcement and application of the rights conferred by Article 45 TFEU and Regulation 492/2011 upon EU workers. In other words, it doesn't amend the substantive rights on this issue. This presumably explains why it has not run into opposition from the Member States with more misgivings about free movement, such as the UK.

As for the scope of the Directive, it applies to the rules on access to employment, working conditions, social advantages, trade unions, training, housing and the education of children for EU workers. Notably, it doesn't apply to family reunion issues. Nor does it apply to EU citizens more generally.

Next, the rules on enforcement first of all oblige Member States to make available judicial procedures to enforce these rights. They also require Member States to permit associations, organisations or other legal entities to enter into legal proceedings, either in support of or on behalf of the worker and his/her family. But these rules are without prejudice to national rules on time limits, as along as those limits do not render the application of EU law virtually impossible or excessively difficult. There is no reference to legal aid.

More generally, Member States must ensure that a body of some sort promotes equal treatment, as well as the abolition of non-discriminatory obstacles to free movement, for EU workers and their family members. This may be an existing equality body. The equality bodies must have competence as regards the provision of legal advice or assistance (in which case, their assistance must be free of charge), the conduct of independent surveys, the publication of independent reports, and the publication of relevant information. There shall also be a dialogue with relevant actors at national level. Finally, Member States must disseminate information on issues relating to the free movement of EU workers.

This Directive is obviously inspired by EU legislation on sex equality and race equality in particular. However, as compared to that legislation, it is missing provisions on compensation (as compared to the sex equality law) and burden of proof. So while the Directive does provide for access to court, some key aspects of the litigation process (evidence rules and concrete remedies) are not addressed. In some ways it is stronger than the general framework employment equality Directive (which lacks rules on equality bodies), but in other ways weaker (since the framework Directive includes rules on the burden of proof). The lack of a general rule on legal aid will also prevent some workers from accessing courts in practice, except where they are able to obtain the support of an equality body. But it is unlikely that such bodies will have a huge budget to spare on litigation.

The comparison with other equality laws suggests an attempt to change the mindset of the debate - implicitly equating discrimination against EU workers with discrimination on grounds of sex, race et al, which has become widely regarded as socially unacceptable. But while the EU legislation as regards those issues to some extent followed the trend of public opinion, the new Directive arguably pushes against the prevailing trend, at least in some Member States. We will see in practice whether an equality Directive can still have an impact when it is spitting into the political wind.

The new Directive will also have the consequence of making EU workers' rights easier to enforce in practice, and to that extent it can only be welcomed. However, it is questionable why the Directive should not address the position of EU citizens more broadly, and of the admission of workers' family members in particular. For many years, EU law has moved towards a global model of EU citizenship, in place of categorising different groups of citizens depending on their type of activities, although admittedly those EU citizens who exercise economic activities are a relatively privileged category under the EU citizens' Directive. In that context, the additional relative privilege conferred upon workers in this new Directive is a step backwards.

It might also be questioned, since free movement of workers has been guaranteed in principle since 1968, why it took so long for the EU Commission to propose this legislation. Surely the difficulty in practice of enforcing EU workers' rights in practice is not a phenomenon of the last few years?  At least, why was this issue not addressed when the current comprehensive legislative framework on equality rights was established by the EU, over a decade ago?

Finally, to the extent that the new Directive borrows concepts from other equality Directives, the relevant case law should be relevant by analogy. This could lead to interesting results, given that hostility to EU workers has become more openly expressed in some Member States than prejudice against workers on grounds of sex, race, religion and so on. For instance, in the Feryn judgment the CJEU ruled that an employer advertising that it would not hire ethnic minorities was in breach of the race equality Directive. What would it now make of a British Prime Minister who declares, "British jobs for British workers"?

[Update: the Commission reported on the application of this law in practice by the EU Member States in December 2018].