The possibility of a UK referendum on the EU: The plot thickens 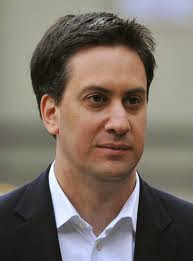 
What to make of the latest twist in the complicated tale of the UK's relationship with the European Union?

Back in January 2013, the Conservative party committed itself to a policy of renegotiating the UK's membership in the European Union by 2017, and then submitting the results of that renegotiation to an 'in/out' referendum, which would decide whether the UK stayed in the EU. It would only be in a position to deliver on that promise if it won a majority of seats in the next general election (May 2015), or at least came very close to holding a majority (possibly a small number of MPs from other parties would support its renegotiation and referendum pledge). So a referendum depended on the result of the next general election.

Now, an 'in/out' referendum at first glance seems more likely, with a change in the policy of the Labour party on March 11th to support such a referendum. However, the Labour party supports a referendum on a different basis than the Conservative party. It does not intend to aim for a renegotiation of UK membership, but rather supports an 'in/out' referendum only if there is an amendment to the EU treaties which transfers significant powers from the UK to the EU. This appears to align the Labour party policy on this issue with the longer-standing policy of the Liberal Democratic party - which could be relevant if the two parties decide to consider a coalition government or other form of political agreement following the 2015 election.

In fact, the European Union Act 2011 already requires a referendum in such circumstances - but it need only be a referendum on whether to approve the changes resulting from this Treaty amendment, rather than an 'in/out' referendum.  So the change in the Labour party's policy is really only meaningful if there is such a major Treaty amendment.

What are the odds of this? While there is some prospect of a major Treaty amendment to address the issues facing the eurozone, which might also apply to non-eurozone States that wished to participate in those changes, it would be easy to draft a treaty which made major changes, but exempted the UK from them. This would be particularly easy if those changes only applied to Member States applying the single currency, perhaps including those Member States obliged to apply it (all other Member States except the UK and Denmark) or all non-eurozone Member States that wished to participate.

This scenario could be combined with a renegotiation of the UK's position (if the Conservative party holds a majority), or could simply leave the UK's position untouched. It would seem odd to pass up the opportunity to, at the very least, clarify the relationship between the eurozone and non-eurozone Member States, which would be directly relevant to such a Treaty amendment.

A more likely scenario is that, if any amendments to the EU primary law are deemed necessary, they will take the form of a treaty among a group of Member States, avoiding the Treaty amendment procedure altogether. This process was approved by the CJEU in the Pringle judgment, at least as regards the treaty establishing the European Stabilisation Mechanism. It was also applied as regards the fiscal stability treaty, after David Cameron vetoed the possibility of a Treaty amendment to that end. Such treaties do not need all the Member States, or all their signatories, to enter into force, and at least in some circumstances can use the EU institutions to implement them.

So the net result of today's policy change is a slightly increased likelihood of using such a procedure in order to avoid a Treaty amendment. This was already likely in the event of a Conservative government; now it is also likely if the Labour party takes office. This outcome does nothing to improve the transparency or complexity of EU law. It would have been preferable to take the opportunity in the near future to consider the role and functions of the EU more fundamentally, not only as regards the UK, in order to attempt to rebuild its rather tarnished democratic legitimacy.