Reverse discrimination against rape victims: a disappointing ruling of the CJEU 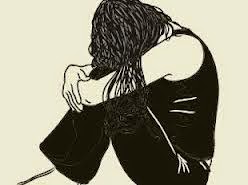 
While national criminal justice systems are often criticised for ignoring the role of crime victims, the EU has shown great interest in this issue from an early stage of the development of EU criminal law. One of the first EU 'Framework Decisions' concerned crime victims' rights, and this measure has since been replaced by a comprehensive Directive on this issue, which Member States must apply by October 2015.

Yet this Directive is not the only measure dealing with crime victims, as the topic of state compensation for crime victims is the subject of an earlier Directive, dating from 2004. The primary aim of the compensation Directive is to establish a framework for compensation in cross-border cases, where a 'violent intentional crime' is committed in a Member State other than the Member State where the person concerned is habitually resident. However, the Directive does provide that 'All Member States shall ensure that their national rules provide for the existence of a scheme on compensation to victims of violent intentional crimes committed in their respective territories, which guarantees fair and appropriate compensation to victims.'

In the recent order in C, a woman in Italy brought a claim for state compensation on the basis of this provision, following the conviction of her attacker for sexual violence. The national court had ordered the offender to pay compensation (an issue addressed by the general Framework Decision, now the Directive, on victims' rights), but there was no prospect of enforcing this order, since he did not have the money to pay that compensation. So she tried to obtain compensation from the Italian state instead, pursuant to the Directive. However, according to the CJEU, the Directive did not apply to purely domestic cases like this one, but only to cases where there was a cross-border element.

With great respect, this is just not convincing. While the main focus of the Directive is certainly compensation in cross-border cases, Article 12(1) of the Directive makes clear that this takes place on the basis of each national system for compensation. Therefore Article 12(2) - quoted above - requires each Member State to set up a national system covering crimes like this one. So a failure by Italy to provide for state compensation for its residents who are victims of such crimes will complicate any attempt by visitors from other Member States to collect compensation from the state in such cases.

Since such cross-border disputes will undoubtedly fall within the scope of the Directive, the CJEU might be prepared to rule that crime victims in such case would nonetheless have a directly effective right to compensation against the Italian government, regardless of its failure to implement the Directive fully. While protection of some victims is of course welcome, all of them ought to be protected. EU lawyers have long become accustomed to 'reverse discrimination' as regards family reunion, where EU citizens who move between Member States can rely on decent standards, while those who do not leave their Member State can in some countries (like the UK) be subject to a far more restrictive national law. It hardly helps the legitimacy of EU law to accept that the same double standards apply to compensation of victims of violent crime, especially when the better interpretation of the legislation concerned is that they shouldn't.


[update: see analysis of the main crime victims' Directive, which has applied since autumn 2015, here].