Renegotiating the UK’s membership of the EU: Mission Possible? 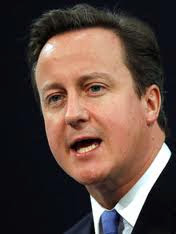 
Is it feasible to renegotiate the terms of the UK’s membership of the EU? The answer is easier to give following David Cameron's article outlining the 'key' objectives which he would seek from a renegotiation.

The Telegraph journalists broke these objectives down into a list of seven items, so let's examine them one by one.

First, a limit on the movement of people following future EU accesions. This wouldn't need a Treaty amendment, since accession treaties have to be agreed unanimously. However, if the intention is to provide for a possible indefinite delay in free movement, arguably a Treaty amendment would be necessary, since this would entail a permanent exception from a key Treaty rule.

Fourth, a reduction in red tape and increase in free trade. The EU is already engaged in a programme to cut red tape and is currently negotiating a number of free trade agreements. So obviously no Treaty amendment is needed here. But perhaps Cameron wants an opt-out from some or all EU employment law: that would need a Treaty amendment.

Fifth, the Prime Minister wants less EU involvement in police and criminal law. This doesn't need a treaty amendment, since the UK already has an opt-out on individual proposals plus a block opt-out from all pre - Lisbon measures.

However, there is an odd reference to the ECHR in this context. It is unfortunate that Cameron felt a need to appeal to those who cannot tell the EU and the ECHR apart. Obviously the ECHR cannot be changed by an EU treaty amendment. But by 2017 a separate process of reforms to the ECHR will be well underway.

Next, Cameron wants to ensure that power can flow away from the EU. The Treaties already provide that amendments can either reduce or increase EU competence. This could simply be reaffirmed in a declaration.

Finally, he wants to exempt the UK from the EU goal of 'ever closer union'. This would take a Treaty amendment, but would also be possible to address in a declaration.

It is also important to note what Cameron didn't demand: changes to the EU agriculture or fisheries policies or the power to control the total number of EU citizens coming to the UK. Even the demands as regards limits on benefits and opt-outs from social policy are not set out expressly.

Taken as a whole, this is a fairly modest set of proposed changes that could be achieved by means of a limited Treaty amendment, and possibly even by means of political commitments that would not entail Treaty amendments. While other Member States might not want such amendments, in the event of a Conservative majority government after 2015, they would have a choice between agreeing such a limited set of amendments or seeing the departure of a large Member State which is a major net contributor to the EU budget and has a trade deficit with other Member States. Their decision should be obvious.