Agency workers: Are they sufficiently protected by EU law? 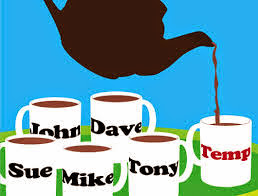 
'Atypical' workers (those workers who do not have a full-time permanent contract) are often in a very vulnerable position in the labour market, and so are possibly subject to exploitation. The use of such forms of employment might also undercut other workers. On the other hand, on some occasions such employment does suit the needs of both workers and employers, and constitutes an important form of job creation. To strike a balance between these two principles, the EU has adopted measures to regulate three specific categories of atypical workers: agency workers, part-time workers and fixed term workers.

The rules governing agency workers are set out in a Directive adopted in 2008, which Member States had to apply by December 2011. Today, the Commission released its report on the application of this Directive. To what extent is the Directive achieving its parallel objectives of ensuring that agency workers are protected, while also encouraging job creation?

First of all, the Directive does not apply to employers who are not conducting 'economic activities' (the Commission interprets this to mean employers not selling their service for remuneration). Also, Member States may exclude from its scope those workers in a special job creation scheme. The Commission reports that most Member States do not apply these exceptions; those which do have correctly applied them.

As for the definitions in the Directive, only one Member State has specified that the temporary work agency must be considered the employer. This is definitely the correct interpretation of the Directive, so it is unfortunate that no more Member States have made this clarification.

The key rule as regards employee protection is the principle of equal treatment for working conditions. Here the Commission has some doubts about some Member States' rules requiring a 'comparable employee', whereas the Directive refers to the 'same job'. But this form of transposition is surely fine as long as employers and (if necessary) courts recognise that a worker doing the same job in the user undertaking is always a comparable employee.

However, there are derogations as regards equal treatment. First of all, temporary workers might not be entitled to equal pay if they are paid by agency between assignments, and have a permanent contract with the agency. Only five Member States use this derogation. In several cases, workers are entitled to only half of their previous pay (subject to the national minimum wage as a floor). The Commission raises some doubts about this, but says only that it will hold further discussions.

Secondly, temporary workers can receive equal treatment pursuant to a collective agreement, if that agreement 'respect[s] the overall protection' of temporary workers. Ten Member States apply this rule, and the Commission does not believe there is any problem with its application. While it might generally be assumed that unions can defend the interests of workers, it is possible in principle that in some cases they have prioritised the interests of permanent workers instead, or are in a weak bargaining position and so have accepted terms that do not respect temporary workers' protection.

The derogations are subject to the requirement that there must be national measures to prevent their 'misuse', and in particular to prevent successive assignments being used to circumvent them. As the Commission points out, this is a particular risk where there is a qualifying period for obtaining equal treatment. While the EU's fixed-term work Directive restricts the successive use of fixed-term contracts, the CJEU has ruled in the Della Rocca case that this Directive does not apply at all to temporary workers. So the question of what constitutes misuse must be defined from scratch. It is unfortunate that the drafters of the agency work Directive did not simply apply the fixed-term work Directive rules, in order to provide for some legal certainty. The Commission does not comment further on the rules used to prevent misuse, or on the Member States' use of the third derogation.

The Directive requires Member States to review existing barriers to agency work, and states that such restrictions can only be justified in the general interest, in particular as regards health and safety, protection of abuse, worker protection and functioning of the labour market. According to the Commission, while Member States have reviewed their national law, few have changed it, justifying their existing restrictions on one of the grounds set out in the Directive.

However, it could be argued that the interests of worker protection and protection of abuse are already addressed in the Directive, and the issue of health and safety is already addressed by separate legislation (referred to in the report) which allows Member States to prohibit temporary workers from certain jobs on health and safety grounds. Some Member States have banned temporary workers from being used as 'scabs' to replace striking workers; this possibility is clearly authorised by the preamble to the Directive.

The Commission finds no problem with Member States' application of the rules on workers' representatives, access to employment and dismisses the arguments of industry that the Directive imposes too many cost requirements for them.

Overall, the Commission concludes that there is no need to revise the Directive, and states its intention to hold further discussions about its correct interpretation. It should be noted that there is one case pending before the CJEU about this Directive: the AKT case, which asks the Court to clarify whether certain national barriers to the use of agency work can be justified. Furthermore, in its judgment in Michaeler, the CJEU held that national rules restricting part-time work breached the EU's part-time workers Directive, and had to be set aside by the national court. That judgment could obviously be relevant by analogy.

The Commission clearly does not wish to upset anyone by proposing the amendment of this Directive, or even as regards its application. It dismisses the objections of its critics rather summarily also. This is a classic case where a thorough 'impact assessment' needed to take place, not (as is usually the case) before legislation is proposed, but in order to determine the actual impact in practice. How much have workers benefited from this Directive, and at what cost to employers? Have jobs been created or lost?

Also, the Commission could usefully have more clearly indicated its view as to the correct interpretation of the Directive, for instance in a guidance document. It's hard to work out what the Commission actually thinks, besides discerning an unwillingness to disagree with anyone.  As noted above, there are good reasons to think that some national restrictions on the use of agency work might be open to challenge, and that some Member States are not sufficiently complying with the minimum requirements for agency workers' protection. The Commission's approach to the Directive in its report does not really help to clarify these matters.

[Update: the CJEU gave its ruling in the AKT case on agency workers in 2015. See analysis here.]
[See also: my analysis of the issue of equal treatment of atypical workers, in an article published in the Yearbook of European Law.]