Posting third-country workers within the EU: the ECJ squares the circle 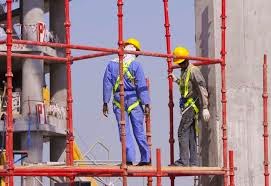 The ECJ has repeatedly held that, unlike workers from EU Member States, Turkish nationals are not entitled to freedom of movement within the European Union but can rely only on certain rights in the territory of the host Member State alone (Savas, para 59; Derin, para 66). The Essent judgment provides a recent and clear illustration of how, under certain circumstances, the EU internal market freedoms can be relied upon to overcome those limitations and, indirectly, to broaden the freedom of movement of Turkish and other third-country nationals.

Under Netherlands legislation, an employer is prohibited from having work carried out in the Netherlands by a foreign national who does not hold a work permit.

Essent, a company established in the Netherlands, had scaffolding at one of its branches in that Member State erected by a number of workers from Turkey and other non-EU countries. Essent, however, did not hire those workers: it entrusted the construction work to BIS, another Netherlands-based company, which in turn requested Ekinci, a company incorporated in Germany, to post the above workers to the Netherlands for the duration of the construction work.

In the ensuing litigation before the Netherlands Raad van State, two provisions came into play: Article 41(1) of the 1970 Additional Protocol to the EEC-Turkey Association Agreement and Article 13 of Decision no. 1/80 of the Association Council of 19 September 1980. Both are standstill clauses, prohibiting, respectively, new restrictions on the conditions of access to employment and on the freedom to provide services between Turkey and EU Member States. The Netherlands court thus resolved to stay proceedings and to seek guidance from the ECJ as to the interpretation of those provisions.

The ECJ first examined whether Article 41(1) of the Additional Protocol and Article 13 of Decision No 1/80 applied to a situation such as the one at issue in the main proceedings. After recalling that such provisions are directly applicable and can be relied upon to have incompatible national legislation set aside, the Court stressed that those provisions confer rights to Turkish nationals “in the territory of the host Member State alone”. In casu, the Court considered that the host Member State was Germany, where the Turkish workers were legally resident and employed, rather than the Netherlands, where the above workers were temporarily posted and whose labour market they had no intention to enter. Accordingly, the ECJ ruled that Article 13 of Decision 1/80 was not applicable to the present case.

The Court reached the same conclusion with reference to Article 41(1) of the Additional protocol. While a Turkish undertaking providing a service in a Member State could rely upon that provision, no such service provision occurred between Turkey and the Netherlands in the present case. The only link with Turkey was the presence of Turkish nationals among the workers posted by Ekinci to the Netherlands, a connecting element that the ECJ regarded as “not sufficient” to trigger the applicability of Article 41(1) of the Additional protocol.

The Court then turned to Articles 56 and 57 TFEU, which secure the freedom to provide services within the EU. It is worth noticing that the order for reference contained no preliminary question concerning those provisions, yet the Court considered that their interpretation could be useful to the referring court in adjudicating on the case pending before it.

Recalling Advocate General Bot’s Opinion, the Court noted that the posting of workers between undertakings established in different Member states (in this case Ekinci and BIS) fell within the scope of the free movement of services, in spite of the fact that some of those workers were not Union citizens. The Court also found that Articles 56 and 57 TFEU could be invoked not only by the recipient (BIS), but also by the end user of that service (Essent).

As no harmonisation had been achieved in the area, the ECJ turned to the issue of possible justifications for the Netherlands measure. Whilst the Court acknowledged that the Netherlands Government’s desire to avoid disturbances on the labour market constituted an overriding reason in the public interest, it noted that posted workers do not seek to gain access to the host State labour market, as they return to their country of residence as soon as their work is over.

The Court also averred that Member States are entitled to check that an undertaking established in another Member State which posts foreign workers to its territory is not availing itself of the freedom to provide services for a purpose other than the performance of the service concerned. Nonetheless, the ECJ considered that the Netherlands work permit requirement was disproportionate to that aim, which could also be achieved through less-restrictive means. For instance, the service-providing undertaking could be required to show the Netherlands authorities that the situation of the workers concerned is lawful as regards matters such as residence, work permit and social coverage in the Member State in which that undertaking employs them. Similarly, the service-providing undertaking could be required to report beforehand to the Netherlands authorities the presence of posted workers, the anticipated duration of their presence and the provision of services justifying the posting.

The present ruling highlights the somewhat peculiar situation of Turkish workers posted from one Member State to another in the aftermath of the ECJ ruling in Abatay. Those individuals can rely on Article 13 of Decision 1/80 against the Member State into whose labour market they seek to integrate through the pursuit of uninterrupted employment, but cannot invoke that provision against the Member State where they are posted for limited periods of time. By the same token, while a Turkish undertaking providing services in a Member State, as well as the Turkish employees of that undertaking, can invoke Article 41(1) of the Additional Protocol against that Member State, an EU undertaking employing Turkish nationals cannot rely on that provision to challenge national measures that restrict the movement of its Turkish employees.

In view of these incongruences and of the obvious trade-restrictive effects of the Netherlands work permit requirement, the ECJ’s willingness to expand the scope of the preliminary ruling to include Articles 56 and 57 TFEU is unsurprising. However, not too long ago, in Vicoplus, the ECJ had ruled that the freedom to provide services, read in connection with the 2003 Act of Accession, was no bar to the application of the Netherlands work permit requirement to Polish workers posted to the Netherlands during the transitional period provided in the Act of Accession. While AG Bot devoted several paragraphs of his Opinion to distinguish the factual and legal background in Vicoplus from that of the instant case, it is regrettable that the ECJ did not take the opportunity to account for what might be perceived as differential treatment between Turkish and Polish posted workers.

The ECJ only referred to Vicoplus to support its finding that the posting of workers between Ekinci and BIS, two undertakings established in different Member States, fell within the scope of the freedom to provide services. Neither Ekinci nor BIS, however, sought to rely on that freedom. Could Essent invoke Articles 56 and 57 TFEU against Netherlands labour legislation, even though that undertaking was not the direct recipient of the service?

In its Opinion, AG Bot first observed that, since the freedom to provide services pursues the public interest objective of establishing an internal market, persons “other than service providers and recipients” who, none the less, “have a material connection with a person who has that status” should be able to invoke that freedom against domestic restrictive measures. The Court had taken a  similar approach in respect of the free movement of workers in Las: “Article 45 TFEU may be relied on not only by workers themselves, but also by their employers. In order to be truly effective, the right of workers to be engaged and employed without discrimination necessarily entails as a corollary the employer’s entitlement to engage them in accordance with the rules governing freedom of movement for workers” (para 18).

The Advocate General then relied on an interesting twist of the abuse of rights doctrine. Since nowadays it is common to witness chains of several intermediaries between the principal contractor and the employees, to prevent circumvention of the work permit requirement, Netherlands legislation has adopted a broad notion of employer, making the principal contractor responsible for obtaining work permits for non-EU workers employed by its subcontractors. However, AG Bot argued that, to prevent circumvention of the ban on restrictions on the freedom to provide services, just as the principal contractor’s liability under national labour legislation expands, so should its ability to rely on Article 56 and 57 TFEU.

Unfortunately, the ECJ made no reference to the first argument, which could have provided some clarifications on the ability to invoke fundamental freedoms by persons who do not fall within the scope of such freedoms but have “a material connection” with others who did. In cases such as Carpenter and, more recently, Dogan, the ECJ had taken a different approach, by focusing on the impact on service providers of national measures (e.g. deportation orders, immigration requirements) addressed to persons connected to that provider (e.g. their spouses).

The ECJ, instead, only ran an abridged, three-paragraph version of AG Bot’s anti-circumvention argument, and found that, if Essent were denied the possibility of relying on Article 56 and 57 TFEU, the Netherlands could obstruct the freedom to provide services by enforcing its work permit requirement against the principal contractor. It is worth noticing that in earlier rulings the ECJ had relied on the abuse of rights argument to achieve the opposite result: to narrow the scope of EU provisions in cases where the conditions required to invoke those provisions had been artificially created contrary to the objectives pursued by EU law (Emsland-Stärke, paras 52-53).

Once the ECJ established a link between Essent and the freedom to provide services, the fate of the work permit requirement as a precondition for the posting of non-EU workers to the Netherlands was sealed. The conditions, deadlines and administrative burden involved in obtaining the work permit obviously hindered the making available of workers on a cross border basis. The ECJ rejected the Netherlands government’s argument that the measure was designed to avoid disturbances on its labour market, noting that posted workers do not seek to gain access to that market, “as they return to their country of origin or residence after the completion of their work”. The Court then conceded that a Member State may check that an undertaking established in another Member State which posts to its territory workers from a non-member country is not availing itself of the freedom to provide services for a purpose other than the performance of the service concerned, but engaged in a merciless proportionality assessment of the measure and provided not one, but two less restrictive alternatives to achieve the same aim.

Finally, it is worth highlighting that, unlike recent rulings (such as Dogan) that exclusively concern Turkish nationals, since neither Article 41(1) of the Additional Protocol nor Article 13 of Decision no. 1/80 were found to be applicable, the Essent holding applies to the posting of workers that are nationals of any non-EU country between undertakings established in different Member States.