UKIP borders and asylum policy: You cannot be serious 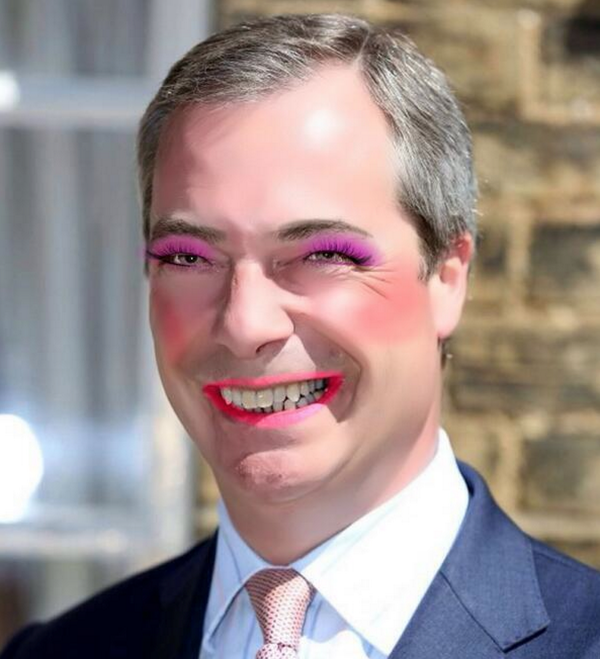 There’s no doubt that the United Kingdom Independence Party (UKIP) has been gaining increased support in recent years, not least because of its policies on immigration – which are linked intrinsically with its intention to withdraw from the European Union.

Undoubtedly leaving the EU would leave the UK free to regulate fully the movement of people coming from the remaining EU. But what would that actually mean in practice? We have some indications today from the party’s immigration spokesman.

UKIP would have a UK-only lane at border crossings, with EU citizens having to wait with all other nationalities in the slow lane. This would violate current EU law, but of course UKIP want the UK to leave the EU. So of course this plan is perfectly feasible in principle, and indeed it’s the logical consequence of leaving the EU.

Perhaps UKIP would tell us that we shouldn’t visit Europe so much, but instead have our holidays in the UK. This reminds me of a UKIP activist I met a few years back, who was personally boycotting all European food and drink. If she hasn’t actually starved to death by now, she’s surely leading a pretty miserable life.

"UKIP will support the measures to abolish the provisions of the Dublin Treaty, that says that we cannot choose to identify the country an illegal migrant comes from if they do not have any identifying documents. We will send you back."

First of all, the Dublin Regulation isn’t a treaty, it’s a Regulation. But if the UK left the EU, as UKIP propose, we wouldn’t be subject to the Dublin rules as such, unless we indeed signed a treaty with the EU to that effect. The EU has been willing to sign such treaties with non-member states: Norway, Iceland, Switzerland and Liechtenstein. (It’s also signed such a treaty with one of its members – Denmark – for complicated legal reasons).

Would the EU as a whole be willing to sign such a treaty with the UK? We can be nearly certain that they would not. The EU has only been willing to sign such treaties with Norway et al because those states not only have free movement of people with the EU, but also are associated with the Schengen rules abolishing border controls. It’s not politically realistic to abolish those controls without having rules on allocation of asylum seekers. Indeed, the first appearance of the Dublin rules was as part of the original Schengen Convention of 1990.

If the UK left the EU, it would not be part of the Schengen system. Indeed the UK doesn’t participate in Schengen already, and there’s no realistic prospect that it will ever do so. And since UKIP loathes immigration from the EU so much, there would not be free movement either. While the EU might nevertheless conceivably be willing to extend the Dublin rules to neighbouring countries (like Serbia, for instance) if that would reduce the number of asylum-seekers reaching the EU, a Dublin treaty with the EU would have exactly the opposite effect.

Could the UK sign side deals with individual EU countries? For instance, could it send asylum-seekers to France or Greece on the basis of bilateral agreements? No. It’s clear by analogy from the case law of the CJEU (such as its very recent judgment on broadcasting rights) that the EU as a whole has exclusive competence over the allocation of asylum-seekers as between EU Member States and third countries. In fact, in light of that recent judgment, the EU might well have exclusive external competence over all asylum matters.

The EU can delegate its exclusive competence back to Member States. But if the UK leaves the EU, it’s fair to predict that hell would freeze over before the Commission proposed to allow Member States to sign such a deal, or (if it did) that the EP and Council would approve the idea, or that Member States would want to make use of such powers as regards the UK.

In those circumstances, it would not be possible to send asylum-seekers to any EU Member States. And since the immigration status of airplane passengers from third countries is closely controlled by carrier sanctions, the main route for asylum-seekers to get to the UK is indeed via land though the EU. Although perhaps UKIP believe that since climate change isn’t happening, it might soon be viable to travel by land from Africa to the UK.

The consequence of this is obvious: there would be more asylum-seekers coming to the UK, not fewer, if the UK left the EU. While refugee advocates would welcome this outcome, it’s clearly the opposite of what UKIP wants to achieve. But perhaps we cannot expect too much policy coherence from a party whose supporters believe that Jesus is on their side to deliver them from EU tyranny.