Beyond austerity: the future of EU employment law 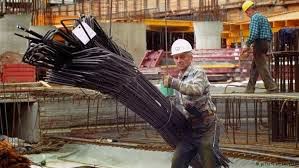 If the critics are right, the EU social model is dead. Those on the right may well be dancing on its grave; those more sympathetic might mourn its passing. My view is more sanguine. Yes, the European social model (ESM) is certainly facing unprecedented challenges. However, I will suggest that these challenges, caused in part by the EU’s response to the crisis but more generally resulting from a growing hostility towards the European Union project as a whole, are not terminal and that there is – and should be - a continued role for the European social model. The EU’s history demonstrates that the ESM has, in fact, a long-standing ability to regenerate and resurrect itself. In this blog post, I would like to consider the future.

Vandenbroucke and Vanhercke argue that ‘Europe needs a Social Union that can support national welfare states on a systemic level in key functions such as macroeconomic stabilisation, and also guide the development of national welfare states on the basis of general social standards and objectives.’ [1] For the eurozone states this may indeed be the best and necessary solution. However, I want to focus on an agenda which might hold some appeal to an EU of 28, or at least a combination of both Eurozone and non-Eurozone states and this inevitably focuses on the narrower domain of employment law. And my discussion is tempered by political reality.

First, I would call for the creation of a European Social Compact to match the Fiscal Compact. This would contain a strong statement of the value and importance of social policy in the EU and would help to address the long-standing concern that, come the crunch, the EU prioritises economic over social interests. This would send a stronger message to the legislature and to the courts of the role and function of social policy, a message that the phrase ‘social market economy’ has failed to send with significant force. So what might go in it?

Apart from general statements that the EU is about improving the living and working conditions of its population, I would like to see express reference being made to other social rights documents, including the European Social Charter of 1961, to create a greater opening of the EU to other international instruments. I would also suggest the need for a clause which explicitly requires the Broad Economic Policy Guidelines to take account of social matters. More radically, I would also like to see the mandate of the European Central Bank (ECB) to be extended, like that of the Federal Reserve in the US and other central banks, to promoting economic growth, as well as high levels of employment and social cohesion, and not just the maintenance of price stability, as specified in Article 127 TFEU.

Ideally any Social Compact would apply to all 28 states and take the form of a Treaty amendment. However, the current political climate makes this seem unlikely (the UK would certainly vote against, as might a number of other Member States worried about the implications of a Treaty amendment on their own national systems). This inevitably means looking at some sort of free standing Treaty, like the Fiscal Compact, which could be signed up to by interested Member States and have force under international law. Another model for flexibility would be to follow the pattern of the Euro Plus Pact, agreed by interested Member States. It is not legally binding but it is taken into account in the various soft-law processes rather in the way of the Stability and Growth Pact Resolution of 1997.

I fully accept that a Social Compact is a long shot and that any reform protocol, while important, is not exciting. So what else could the EU be doing? I would suggest the EU go back to its roots and, as it did in the 1970s, specialise. There are three areas which could be singled out as needing the EU’s attention, where EU level activity might be justified given the transnational dimension, and where action has a direct connection with the European Semester: ageing population, enforcement, and addressing the consequences of privatisation.

The justification for EU involvement with management of an ageing population relates to the key issue of sustainability of public finances which, as the Eurozone crisis has shown, is a matter of common interest. The EU has long had expertise in the discrimination area, starting with sex and then in respect of other protected characteristics. Addressing age discrimination/extending working life initiatives/flexible working fits in with this specialisation while dovetailing with the EU’s social cohesion agenda. On a related issue, developing family friendly policies - which would include elder care as well as child care – would also fit within this theme. The reform of the Parental Leave Directive serves only to highlight other lacuna in EU provision such as the absence of provisions on the right to request reduced hours of working. There may be room for EU intervention here.

Second, there is a growing body of evidence that migrant workers are being mistreated by some employers in certain sectors, particularly meat processing. If these workers cannot, for practical reasons, enforce their rights, there is a role for the EU to consider intervening to require effective remedies. The new Directive 2014/54 on free movement of workers is a step in the right direction. But there is evidence that migrant workers do not enforce their rights through tribunals. This requires more pro-active enforcement. Is there a role for greater coordination at EU level of, for example, labour inspectors? Or even, more radically, some sort of Europol for labour inspections?

If the EU was to devote its attention to the position of (vulnerable) migrant workers, other issues arise for these workers (as well as for nationals). In particular, what sort of contracts do they have? In recent years there has been a proliferation of new types of contracting, including zero hours contracts, internships, crowd employment and employee sharing. To what extent do individuals engaged in this kind of work benefit from employment protection legislation traditionally given only to those defined as ‘employees’? Should the EU envisage legislating for a new type of contract such as Freedland’s contract to provide personal service which would provide a gateway to employment protection?

Third, privatisation of publicly owned industries and services is clearly an important part of the reform agenda for a number of Member States. What are the employment law implications of this? Does the Transfer of Undertakings Directive 2001/23 need revision to provide meaningful rights to transferees in the event of the transfer and for a significant period thereafter? How does the Directive fit into the public procurement process? Is it time for the transfer rules to be re-examined in the light of the new contexts in which they are being invoked?

I have given some examples of what the EU might do to boost the social dimension. The question is how the EU might deliver them. The EU has significant legal competence to act in these fields – whether under Article 153 TFEU (the principal social policy legal basis), Article 21(2) or Article 25 TFEU (the citizenship provisions), Article 26(3) TFEU (on guidelines and conditions necessary for ensuring balanced progress in all sectors of the internal market), Article 46 TFEU (the legal basis on which Directive 2014/54 on measures facilitating the exercise of free movement of workers was adopted), Article 50(1) TFEU on freedom of establishment (the legal basis on which the directive on diversity information is proposed), the internal market legal bases, Articles 114 and 115 TFEU but, following the Monti II debacle, probably not Article 352 TFEU.

The use of any of these legal bases have (de)merits but what is even more important is the political will to act and that seems to be lacking in a number of Member States. So this raises the question of whether enhanced cooperation should be considered in the social policy field ‘to enable and encourage a group of Member States to cooperate inside rather than outside the Union, where it is established that the objectives pursued by that cooperation cannot be achieved by the Union as a whole’ (see the Unitary Patent case).The use of enhanced cooperation is strictly limited by the framework for enhanced cooperation between Member States found in Title IV of the TEU and Title III (Article 20 TEU) of Part Six of the TFEU (Articles 326 to 334 TFEU).  Provided these conditions are satisfied, there seems no good reason why enhanced cooperation cannot be used in the social field. It is far from optimal – but better than nothing. The Unitary Patent case may suggest, too, that it has the Court’s blessing.

Despite the doomsayers, the EU is still intact after the most tumultuous years of its existence. The European Social Model, too, has been battered by the crisis, but it was already in difficulties before that. Reforms were necessary. In the last five years, economic governance and its reform has predominated, often at the expense of the development of the social dimension. The European Employment Strategy has been accommodated – and largely subsumed by - the European semester. This loss of a separate and distinct identity of the EES has been damaging. (Part of) the EU is conscious of this and it maybe that the new European Parliament and the new Commission will recognise the need to raise the profile of social policy. The EU’s regenerative capacity in the field of social policy needs to be shown again. And there are lots of ideas as to what the EU might do.