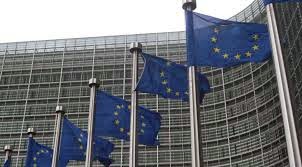 Today’s list of jobs for the next European Commission – and the accompanying major restructuring of the Commission – has major implications for every area of EU policy. But here are my initial thoughts about the impact upon Justice and Home Affairs (JHA) issues.

Of course, the next European Commission still has to be confirmed by the European Parliament (EP). The EP insisted on changes to the planned list of Commissioners in 2004 and 2009, so it might well do so again. But nevertheless, it’s an opportune moment to examine the new Commissioners who will have responsibility for JHA issues – as well as the revised structure of the Commission as it affects such issues.

As before, the area of immigration and home affairs (ie policing and internal security) is assigned to a separate Commissioner. Therefore the suggestion in some quarters that there’s a new ‘Commissioner for immigration’ is just not true. There is also still a separate Directorate-General (DG) dealing with these issues. DG Home picks up responsibility for anti-drug policy and security research, and does not lose any policy responsibilities.

The new Commissioner is Dimitris Avramopolous. He has no background in this field, and his current job is Greek defence minister. But that’s misleading: he started out his career as a diplomat, became a popular mayor of Athens and was also an MP (for the conservative New Democracy party), holding ministerial posts for tourism, health and foreign affairs before becoming defence minister. So he has a broad diplomatic and political background.

The most striking thing about his appointment is his nationality. Greece is, of course, at the centre of the debate about the effectiveness of the EU’s ‘Dublin’ policy, which assigns responsibility for asylum applications to (in effect, in most cases) the first country which they enter. That is frequently Greece. So partly as a result of the Dublin rules, the Greek asylum system has broken down in recent years, and both the CJEU and the European Court of Human Rights have ruled that sending asylum-seekers to Greece would violate their fundamental rights.

Since Avramopolous never previously held a job relating to immigration policy, he can’t be blamed directly for these problems. Also, it must be recalled that because Commissioners are independent of the government which appointed them (although Commissioners have been known to forget this), it will not be his job to defend the Greek government, but rather to articulate and enforce EU policy in this area. Hopefully it will be an advantage, not a detriment, to have an immigration Commissioner from a Mediterranean state, given the crucial role which sea crossings play in EU immigration policy.

In light of the external impact of EU immigration policy, it also useful that the new Commissioner has diplomatic experience. In particular, it’s potentially significant that he is credited as one of the authors of the recent Greek-Turkish rapprochement. Migrants who come from Turkey and refugees who travel via Turkey are a significant part of those who come to the EU, and the EU/Turkey readmission agreement will come into force on 1 October. One of his chief tasks will be to ensure EU visa liberalisation for Turkey, as a quid pro quo for the readmission agreement and other changes in Turkish policy. On paper at least, he is the right man for this job.

Until the last moment, the next Justice Commissioner was going to be the outgoing Home Affairs Commissioner, Cecilia Malmstrom. Instead, Malmstrom has been thrown into the maelstrom (I couldn’t resist) of EU trade policy, being responsible in particular for negotiating the EU/USA free trade agreement (TTIP).

The new Justice Commissioner will instead be Vera Jourova, the Czech minister for regional development, who has a background in that field. Unlike Avramopolous or Malmstrom, there’s nothing in her history which suggests that Jourova is particularly well suited to this job. But there are plenty of historical examples of politicians who did a good job despite not having a background in a relevant field. Let's hope this proves to be another such case.

The first of these changes makes some sense, since anti-drug policy is not exactly a Justice issue. But that policy is even less well-placed in DG Home, since that wrongly identifies anti-drug policy is primarily a law enforcement issue, rather than a health and social problem.

But the changes to the equality responsibilities make no sense at all. If those responsibilities have to be moved, it would be better to move them all, rather than all except gender equality. True, there’s a good argument for a woman to be in charge of gender quality – but the next Commissioner for employment will be a woman (Marianne Thyssen) as well.

In any event, those responsibilities shouldn’t have been moved, since there is a better case for keeping equality issues either as part of the Justice DG or assigning them to the new Vice-President dealing with human rights (more on him in a moment). The problem is that the effect of the move might be to focus attention too much on discrimination in employment, whereas discrimination occurs in other fields too. Indeed, a proposal for a Directive to tackle discrimination in other fields has been under discussion for six years. Admittedly, DG Employment is now DG Employment and Inclusion; but that DG is always likely to retain a focus on employment issues.

DG Justice has also picked up some new responsibilities: most consumer affairs issues, as well as social responsibility (corporate governance). The first of these changes takes account of the de facto reality, as the outgoing Commissioner, Viviane Reding, already took a big role as regards consumer legislation.  The second change risks corporate social responsibility becoming detached from the rest of substantive company law. Again, it’s a role that could have been better suited to the Vice-President responsible for human rights.

The new Vice President (VP) responsible for better regulation, inter-institutional relations, the rule of law and the Charter of Fundamental Rights is Frans Timmermans. He is the outgoing Dutch minister for foreign affairs. Like Avramopolous, he began his career as a diplomat, and then became a politician. He held ministerial posts in the Dutch government, including the minister for European affairs. Also, he was a member of the ‘Convention on the Future of Europe’ which drafted the ill-fated Constitutional Treaty, later approved in a decaffeinated form as the Treaty of Lisbon.

While Timmermans is meant to steer the work of the Commission generally on these issues, and particular the Commissioners for Justice and Home Affairs, he has no specific responsibilities, and no dedicated bureaucracy. So his post is one of President Juncker’s great innovations in the design of the Commission: creating five Vice-Presidents in charge of thematic issues, who don’t have specific tasks. (Two other Vice-Presidents – the High Representative for EU foreign policy and the VP in charge of budgets – do have specific tasks).

Time will tell whether this innovation is a brainwave or a foolish gimmick. The risk is that it replicates the problems of the US Vice-Presidency, which also comes with no specific tasks (besides waiting for the President to die). As one US Vice-President didn’t quite say, the job was ‘not worth a bucket of warm spit’. And now the Commission will have five such jobs.

Having said that, at least some of the new VPs might be able to make the job work. Much will depend on their personalities and the clout of the senior officials in their cabinet. Timmermans might be in a better position to make it work than others, being designated as the ‘First Vice President’ and the President’s ‘right-hand man’, and having fewer (and less high-profile) other Commissioners to supervise.

Certainly, it seems like a good idea to designate a Commissioner specifically responsible for human rights and the rule of law, given their overarching importance and application to all fields of EU law. The original plan (dropped at a late stage) was to give these responsibilities to the home affairs Commissioner, but this was a bad idea. It would have been awkward to mix up the responsibility for carrying out a specific policy with the role of ensuring that human rights are respected in all areas of EU law. Moreover, human rights are too important an issue to entrust to any of the (de facto) junior Commissioners.

Some wanted a Commissioner purely concerned with human rights, but we did not get that. What about Timmermans’ other two responsibilities? First of all, in principle the ‘better regulation’ task logically falls instead within the scope of the activities of the new VP for Jobs, Growth and Competitiveness. This task may well have been handed to Timmermans because of the Dutch government’s particular interest in this issue. Giving this task to him could have the positive result of reminding  everyone that some parts of Justice and Home Affairs law, just like EU economic law, is also a morass of overlapping and confusing legislation that ought to be cleaned up.

Finally, his most important task as the Commissioner for inter-institutional relations will be to try again to open up the EU, by amending its legislation on access to documents. Again, it might be helpful that he is Dutch, given that country’s strong tradition of transparency. But equally it might have been thought that a Swedish Commissioner would deal with that issue well – yet Mrs. Wallstrom produced a dreadful proposal back in 2008.

Her (presumed) intention to enlarge access to documents was frustrated by Commission officials who had exactly the opposite objective, resulting in a text which would have reduced access, not increased it (by redefining a ‘document’ narrowly, for instance). We will probably only have a good proposal on this issue if it’s drafted by someone who doesn’t work for the Commission. Just for the record, Mr. Vice President, I could draft that proposal for free.