Two Codes to rule them all: the Borders and Visa Codes 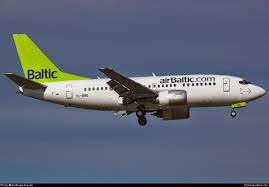 In today’s judgment in Air Baltic, the Court of Justice of the European Union (CJEU) has taken the next logical step following its judgment late last year in Koushkaki, where it ruled that the EU’s visa code set out an exhaustive list of grounds for refusing a visa application.  Today the Court has confirmed that the same is true of the Schengen Borders Code. Moreover, the Court has clarified a number of general and specific points about the nature and interpretation of the two codes.

This case concerned an Indian citizen who flew from Moscow to Riga. He had a valid multiple-entry Schengen visa, which was attached to a cancelled Indian passport. He also had a second Indian passport, which was valid but which did not contain a visa. The Latvian border guards then refused him entry into Latvia, on the grounds that the valid visa had to be attached to the valid passport, not to the cancelled passport.

For good measure, the Latvian authorities also fined the airline, Air Baltic, for transporting him without the necessary travel documents. The airline appealed the fine, and lost at first instance. But an appeal court then sent questions to the Court of Justice to clarify the legal position.

The CJEU ruled first of all that the cancellation of a passport by a third country did not mean that the visa attached to the passport was invalid. This was because only a Member State authority could annul or revoke a visa, and because the visa code did not allow for the annulment of a visa in such cases anyway. The Court extended its ruling in Koushkaki to confirm that the grounds for annulling a visa were exhaustive; the same must be true of the grounds for revoking a visa.

Secondly, the Court ruled that the Schengen Borders Code did not require entry to be refused in cases like these. The different language versions of that code suggested different interpretations, but as always, the Court seeks a uniform interpretation of EU law regardless. In this case, the standard form to be given to persons who were refused entry at the border to explain why they were refused does not provide for refusal on the grounds that a valid visa was not attached to a valid passport.

Finally, the Court ruled that the national authorities of Member States do not have any residual powers to refuse entry to third-country nationals on grounds besides those listed in the Schengen Borders Code. The Court reached this conclusion, by analogy with Koushkaki, because: the standard form giving the grounds for refusing entry contains an exhaustive list of grounds for refusal; the nature of the Schengen system ‘implies a common definition of the entry conditions’; and this interpretation would support ‘the objective of facilitating legitimate travel’ referred to in the preamble to the visa code.

The Court’s ruling that the Schengen Borders Code provides for complete harmonisation of the rules on refusal of entry is not really surprising, particularly after the judgment in Koushkaki reaching the equivalent conclusion regarding the visa code. However, it should be noted that in today’s judgment, the Court does not repeat its qualification in Koushkaki that national authorities had wide discretion to interpret the common rules in question. Furthermore, the Schengen Borders Code is relevant not only to those third-country nationals who need visas for entry, but also those who do not, such as visitors from the USA, Canada and most of the Western Balkans.

In effect, the Court’s ruling confirms that the Schengen zone is in effect the equivalent of the EU’s customs union, as regards the movement of people. Of course, the customs union and the Schengen zone do not apply to the same countries, due to opt-outs from Schengen (UK and Ireland), the deferred admission to the Schengen system (Romania, Bulgaria, Cyprus and Croatia), and the rules on association with each system (Turkey is part of the EU’s customs union, while Norway, Iceland, Liechtenstein and Switzerland apply the Schengen rules). But the basic concept is the same, with the obvious implications as regards exclusive external competence of the EU (although a Protocol to the Treaties conserves some external competence over borders for Member States), and uniform interpretation of the rules in the respective codes.

As to the more detailed aspects of this case, the Court is surely right to rule against the pedantry of insisting that where a person holds a valid visa and a valid passport, the visa must always be attached to the passport. The underlying objective to ensure that the person concerned meets the conditions of entry is satisfied regardless of whether the visa is attached to the passport or not. Also, the Court’s ruling that the Borders Code has to be interpreted in accordance with the principle of proportionality, and in light of the objective of facilitating legitimate travel, could have broader implications in other cases.

Finally, the necessary corollary of the judgments in Koushkaki and Air Baltic is that a third-country national who meets the conditions to obtain a visa and/or cross the external borders has the right to that visa and/or to cross those borders. So these issues are not governed by national administrative discretion, but by uniform EU rules. The strengthening of the rule of law in this field is very welcome.