Back to school: the CJEU confirms that third-country national students have a right of entry 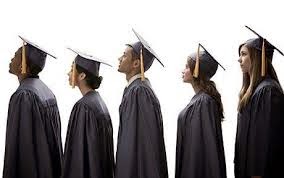 Around the EU, with emotions ranging from excitement to dread, university and college students are now (or shortly) starting or returning to their courses. Most of them will struggle with studies, finance, hygiene, romance and alcohol – though perhaps not in that particular order. In addition, third-country nationals resident outside the EU have the further burden of satisfying immigration conditions.

Those conditions are harmonised by the EU’s students’ Directive, as adopted back in 2004.  But how much did this Directive actually harmonise these rules?  Do Member States still have the right to add further conditions for entry? In short, do third-country national students have a right of admission to the territory of the EU, if they meet the relevant criteria for admission in the Directive? The CJEU has ruled today that they do, in its judgment in Ben Alaya.

The students’ Directive (which the UK, Ireland and Denmark opted out of) also applies to the admission of school pupils on exchange programmes, volunteers and unpaid trainees. However, Member States have an option to apply the Directive’s rules as regards the latter three categories of persons. According to the Commission’s report on the application of the Directive, most Member States have not taken up this option.

In 2013, the Commission proposed a new version of the Directive, which would incorporate the parallel Directive on admission of researchers, add further categories of persons (paid trainees and au pairs), make all the provisions of the Directive mandatory, and change some of the rules on admission. The European Parliament adopted its opinion on this proposal in spring, but negotiations seem to be moving slowly in the Council.

The CJEU has ruled once before on the interpretation of this Directive. In the judgment in Sommer, it gave a liberal interpretation of the rules governing students’ access to employment, on the grounds that (according to the Directive’s preamble) it aimed to ‘promote Europe…as a world centre of excellent for studies and vocational training’.

According to the Directive, the mandatory conditions for admission of students are: possession of a valid travel document; parental authorisation, if they are a minor (this condition obviously won’t apply to most students); holding sickness insurance; not being a threat to public policy, public security or public health; paying the application fee; being accepted by a higher education establishment; having sufficient resources; knowing the language of the course of study; and paying fees to the university or college concerned. In fact, Member States can waive the requirements of paying application or admission fees, and of knowing the language.

Mr. Ben Alaya, a Tunisian man resident in Tunisia, had several times applied to German universities to study math (in conjunction with a preparatory language course) and been accepted. However, the German authorities repeatedly turned him down. He challenged before the German courts the most recent refusal, which was based on the alleged inadequacy of his grades, his weak knowledge of German, and the lack of connection between his course of study and his chosen career. The relevant rule in German immigration law (as quoted in the judgment) sets out instead only a more nuanced rule on language requirements (waiving the requirement if the student will take a prior language course), with no reference to academic qualifications or the link with a planned career.

The national court referred to the CJEU the single question of whether there was a right to admission of students if the criteria in the Directive were satisfied.

According to the Court, first of all the mandatory nature of the admissions rules for students, as compared to the discretionary application of the rules on other categories of persons, justified the conclusion that the admissions rules were an exhaustive list. Secondly, this interpretation was consistent with the purpose of the Directive (promoting mobility to the EU, so that it would be a global centre of excellence for education) as set out in the preamble and referred to previously in Sommer. Thirdly, the Directive expressly allowed Member States to set more favourable standards, so it made no sense to interpret it to mean that they could also set less favourable standards.

The Court did note that Member States had some general discretion when applying the exhaustive EU rules: they could ask for the evidence needed to ‘assess the coherence’ of the application, ‘in order to fight against abuse and misuse’ of the admission procedure. Finally, the Court went on to reach a conclusion on the facts of the case, noting that Mr. Ben Alaya appeared to satisfy the conditions for admission, and that he therefore ‘ought’ to have been given a residence permit.

First of all, it is striking that the CJEU effectively allocated responsibility as between the educational institutions and the immigration authorities. While of course students should satisfy the relevant educational criteria for admission, the Directive implicitly leaves it to the educational institution to apply the relevant criteria. It is up to each Member State (or perhaps its constituent states, in federal countries like Germany) to decide if it wants to set minimum educational criteria for university entry by law, or allow the higher education sector to set those criteria (or to set higher criteria than the national minimum).

It certainly looks odd in this case that although the educational institution thought the applicant’s grades were sufficient, the immigration officials thought they knew better than the university how to apply its admissions criteria. Then again, the Court of Justice judges also thought they were competent to examine this issue.

It is also odd that the immigration officials rejected the applicant on language grounds when he was willing to attend the pre-course language studies referred to by national law. And the idea that immigration officials can judge whether there is enough of a link between study and future career is peculiar (and not provided for in national law or the Directive). More fundamentally, it’s an absurd criterion for admission to higher education courses: students often change their mind as to what career they wish to have, or obtain jobs in different areas from their field of study due to developments on the job market.

The judgment also raises some general points. As regards education policy, it should be stressed that the Directive does not affect the ability of Member States to determine what fees to charge to third-country nationals coming from third countries, or to regulate whether they have access to study finance. This is obviously different from the internal market rules applying to EU citizen students who move between Member States, who have the right to equal treatment as regards tuition fees and admission criteria or quotas, and (if they are already residing in the Member State concerned, in most cases) equal treatment as regards study finance.

For nationals of Turkey, the judgment has a particular importance. They have the right to admission, then the right of access to employment (Sommer), which gives rise in turn to a right to stay on the territory as a Turkish worker (Payir).

As regards immigration policy more generally, last year the CJEU ruled that the EU rules on grant of a short-term visa are exhaustive (Koushkaki). Just last week, it ruled that the rules on admission at the external borders in the Schengen Borders Code are exhaustive (Air Baltic). Now it has confirmed that at least some of the rules on longer-term migration are exhaustive too. While this judgment as such only applies to the students’ Directive, it must surely give rise to a presumption that the other EU immigration law Directives regulating the grounds of admission create a right of entry to: the Blue Card Directive, the researchers’ Directive, the seasonal workers’ Directive and the intra-corporate transferees Directive. As for the other Directives on legal migration, the single permit Directive does not set out grounds for admission, the CJEU confirmed years ago that the family reunion Directive confers a right of entry, and the long-term residents Directive presumably confers a right to obtain a long-term residents’ permit and to move to another Member State if the conditions in the Directive are satisfied.

In light of this broader impact, like the earlier judgments of Koushkaki and Air Baltic, this is a welcome judgment by the Court, which strengthens the rule of law in immigration proceedings and makes clear that the EU rules on immigration law aim toward harmonisation of national rules.