The odd couple: Free choice of asylum and temporary protection 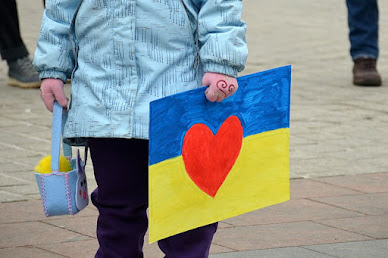 The idea of free choice of protection state in asylum law has been entertained in the literature, mostly as part of the debate surrounding the reform of the EU asylum regime. Maiani, for example, convincingly makes a case for a free choice of asylum state and proposes scaled-up solidarity instruments to offset the implications of such a model for the preferred states. Mitsilegas proposes the mutual recognition of positive asylum decisions, which would allow refugees (instead of asylum seekers) to choose their country of protection. The idea of allowing asylum seekers to choose their country of protection was also considered by the Commission in debates about a reform of the Dublin Regulation, although it failed to find enough support for the reason that it would not provide for solidarity or a fair sharing of responsibility, a highly sensitive issue.

With the escalation of armed conflict in Ukraine and the arrival of refugees, the EU has found itself employing a form of de facto free choice model, which seemed politically unfeasible before. As far as solidarity and responsibility sharing is concerned, the EU’s perception of free choice of asylum has changed substantially, at least for the time being. In the Council Implementing Decision introducing temporary protection, a free choice system is presented as a way of facilitating a balance of effort between the Member States (Preamble 16). Free choice of asylum practices can prevent pressure from building up in neighbouring states that may have limited capacity to host asylum seekers and process applications. From the perspective of refugees, free choice practices also have merits. Instead of forcing asylum seekers to remain in a country where they may have no or limited ties, the free choice model allows them to join social networks that support their integration. In brief, the recognition of the potential of free choice of asylum in meeting the demands of asylum solidarity is a welcome development. Its practical advantages, such as preventing smuggling and irregular movements, are noted here (p.46), and here (p.29).

The legal foundation of free choice of asylum is the Schengen visa waiver which exempts Ukrainian nationals from visa requirements for entry into the EU and provides them with the right to travel within the EU for 90 days within a 180-day period (Article 4, Annex II). This means that displaced Ukrainian nationals can decide in which Member State they wish to exercise their rights as beneficiaries of temporary protection. This scheme of free choice is considerably different from the proposed models mentioned above, not least because it is coupled with temporary protection with the activation of the Temporary Protection Directive, which is also being tested for the first time.

This de facto free choice model, or more precisely its unexpected union with temporary protection, raises a number of questions. The EU asylum acquis, including the Temporary Protection Directive, is based on the permanency of asylum jurisdiction. Asylum processing responsibilities are assigned to a single state, which is often the country of first arrival according to criteria set out under the Dublin Regulation (Article 7). Within this system, the only way for asylum seekers to choose the state of protection is to enter the EU territory through the country where they wish to lodge an application. In practice, such a choice is rarely available. Secondary movements of asylum seekers are, in principle, prohibited, and returns are facilitated pursuant to the take-back mechanism provided under the Dublin system (Article 23). Finally, protection statuses are not valid throughout the EU, meaning that asylum jurisdiction cannot be transferred to another state.

The Temporary Protection Directive is also underpinned by the permanency of asylum jurisdiction. Under Article 8(1) of the Directive, the beneficiary of protection can exercise her rights in the Member State that has issued a residence permit. Preamble 9 of the Directive clearly shows that transfer of jurisdiction is something undesired and to be countered. To that effect, the Directive (Article 11) requires the Member States to take back a person enjoying temporary protection in their territory in the case of secondary movements. How does this system, which is centred around pre-assigning responsibility to a single state and preventing secondary movements, align with a free choice scheme?

The Implementing Decision seeks to integrate the spontaneously created free choice model into the existing framework. An important step taken towards an integration of the two systems is the abolishment of returns. It is worth mentioning that the Temporary Protection Directive (Article 11) allows the Member States to relinquish take back obligations through a bilateral decision. In the Implementing Decision, the Member States took a step further and decided to relinquish returns across the EU (Implementing Decision, Preamble 15). This is an important and positive development that goes well beyond what the Directive already allowed through bilateral agreements. Does this mean that a transfer of asylum jurisdiction is possible for temporary protection holders? The Implementing Decision does not directly deal with the transfer of protection jurisdiction, but Preamble 16 of the Decision provides some insights.

It is clear from this statement that the permanency of residence principle remains in place. Protection responsibilities are assigned to the Member State that issued the residence permit. On the other hand, the transfer of asylum jurisdiction is not altogether prohibited. It is in the discretion of the Member States to grant a residence permit to protection seekers who are offered temporary protection elsewhere (discussed here). This leaves us with a limited free choice model. Ukrainian refugees have full freedom to choose their country of protection before they receive a residence permit in a Member State. Once they choose their protection jurisdiction, the possibility of transfer depends on the willingness of the transferee state.

Does this midway position make sense? One of the rationales that underpin permanency of asylum jurisdiction is the lack of uniform status determination. This ground, clearly, is not pertinent given that the protection status of Ukrainian nationals became valid throughout the EU with the activation of the Temporary Protection Directive. A more convincing reason could be the goal to mitigate the implications of free choice on the popular asylum destinations. The limitation on transfers allows the Member States to refuse issuing residence permits to those who are already under protection, and thus may serve to limit increased responsibilities for some Member States that are feeling under pressure. However, Member States are not required to justify their refusal of transfer requests. The fact that full discretion is accorded to the Member States in deciding whether to allow transfers sits uncomfortably with the narrative of facilitating a balance of efforts.

The marriage of two different systems begs further, intertwined, questions: When do protection responsibilities start and on which state do they fall? These questions prove to be relevant especially in cases of movements before obtaining temporary protection. By way of example, consider a displaced person who moves to a second state where she registers with the authorities and receives a temporary protection certificate, before moving to a third Member State where she requests a residence permit. The Implementing Decision does not explicitly address this scenario, and different interpretations are possible. Based on the link between the exercise of temporary protection rights and a residence permit established by Preamble 16 of the Implementing Decision, it would not be too far-fetched to argue that the protection obligations start when the residence permit is issued in the country that issued the permit.

Related to the above, there is another loose end that needs tying up. The Implementing Decision presumes that the applicant will apply for a residence permit within the 90 days of free travel. What if our displaced person, who travelled across several Member States, fails to apply for a residence permit within the visa free period? Does the responsibility fall on the country where she was residing at the time when the visa-free period came to an end? Can the applicant simply choose where she wants to apply?

These rather technical questions may not be relevant to the majority of cases. However, they show that the unplanned merger of the Temporary Protection Directive and free choice of asylum most certainly requires further modifications and clarification. Nevertheless, (limited) free choice of asylum has brought a much-needed fresh perspective on border management in the EU, which one hopes will inspire the future design of the EU asylum regime.