Allister Round 2: a deeper dive into the Mariana Trench of UK constitutional law 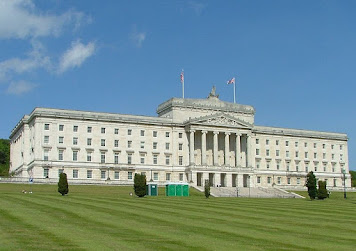 In UK constitutional law, it is a truth universally (though not empirically) acknowledged, that an issue in want of a single determination must instead yield to multiple, overlapping conclusions. So too, was the case with Allister and others v Prime Minister and others [2022] NICA 15, handed down by the Northern Ireland Court of Appeal (NICA) on 14 March 2022. Before I begin my analysis, it is important to note that the NICA has granted permission to appeal this case to the UK Supreme Court, so this is by no means the last analytical piece you will read about this case.

For those who remain blissfully unaware of the facts and issues surrounding Allister, you have my admiration. Briefly: Allister is a case which essentially challenges the Protocol on Ireland/Northern Ireland to the UK-EU Withdrawal Agreement (Protocol) as a breach of (1) the Acts of Union 1800, (2) section 1(1) the Northern Ireland Act 1998 (NIA), (3) section 42 of the NIA, (4) the European Convention on Human Rights (ECHR) and (5) EU law.

Following the judgment handed down by Mr Justice Colton in the High Court, Sarah Kay did a detailed post on this blog about the facts, issues and implications of that judgment. I also offer my own modest take in the pages of the Northern Ireland Legal Quarterly, freely available without subscription.

Briefly, the claimants firstly argued that the Protocol established differential treatment between NI and GB, thereby breaching the “same footing” provisions under Article VI of the Acts of Union 1800 (which united GB and Ireland until 1920). Secondly, because the Protocol had been agreed and incorporated into UK domestic law without seeking popular consent in NI, the claimants argued this breached the NIA insofar as the Protocol altered the constitutional position of NI within the UK. Thirdly, the Protocol allows for the Stormont Assembly to have periodic votes on the application of EU laws (relating to the single market on goods only), which disapply the cross-community consent underlying major aspects of the NIA (and thus are in breach). Fourthly, the Protocol suffers from democratic deficit, because it continues to subject NI to EU law in circumstances where NI residents can no longer elect representatives to the European Parliament, in breach of Article 3 of Protocol 1 of the ECHR. Fifthly, the EU lacked the necessary powers to agree an agreement like the Protocol and thus breached its own constitutive laws.

In the High Court, as in the NICA, all 5 grounds were dismissed. The difference between the two courts, however, was how each court construed the first ground, namely a breach of the Acts of Union. Here, we begin to plumb some truly murky depths of statutory interpretation. Captain Nemo would not find freedom in these waters.

What happened to Article VI?

In the High Court, Colton J left the question whether Article VI (“same footing” between GB and NI) had been repealed, rendered obsolete or spent, unanswered. Instead, he focussed on the reality of what faced him: the UK Parliament had enacted the European Union (Withdrawal Agreement) Act 2020 (2020 Act), thereby making the Protocol part of domestic law. In particular, this Act had inserted section 7A into the European Union (Withdrawal) Act 2018, which made every UK statute, whenever enacted, subject to the Withdrawal Agreement (including the Protocol). Colton J merely concluded that Article VI no longer had the effect it once did in 1800, because parliamentary sovereignty dictated that the more recent statute (and thus expression of the will of Parliament) prevailed over the less recent one. This is because one sovereign Parliament cannot bind its equally sovereign successors, so a sovereign legislative body had merely acted in accordance with its own sovereignty. QED.

This is where the divergence of views gets tricky. Both the Act of Union and the 2020 Act are “constitutional” statutes – this much is uncontroversial. What this means was explained by Lord Justice Laws in Thoburn v Sunderland City Council (sometimes known as the Metric Martyrs case): “In my opinion a constitutional statute is one which (a) conditions the legal relationship between citizen and State in some general, overarching manner, or (b) enlarges or diminishes the scope of what we would now regard as fundamental constitutional rights.” Constitutional statutes, according to this principle, are not subject to implied repeal, but are subject either to express words of repeal or by words so clear that repeal is the “irresistible” conclusion.

Now, Thoburn had been a case between a constitutional statute and an ordinary one. Allister involved two constitutional statutes. One prevailing theory, explained by Mark Elliott, was that the constitutional status of two statutes cancel each other out, so, the more recent one can impliedly repeal the older one. Colton J did not cite this exact argument but appeared more or less to reason his judgment in a similar way.

The NICA, however, rejected any kind of repeal of Article VI, preferring the subjugation/modification paradigm. But this is even murkier. The UK Supreme Court had, in The Continuity Bill Reference, defined “modification” as follows:

Although this case dealt with the Scottish Parliament’s competence to enact legislation dealing with new powers available following Brexit, the point here is that an Act of the UK Parliament is only unmodified if it has “unqualified” continuation in force, i.e. that its effect in law is unchanged by any other statute. This is far from an uncontroversial view – a recent devolution reference which draws heavily from the Continuity Bill Reference (also dealing with the Scottish Parliament) has ignited debate among public lawyers about how precisely the Supreme Court views devolution (see this post by Mark Elliott and Nicholas Kilford). The point, however, is that the NICA’s reasoning appears to be at odds with that of the Supreme Court. If a later statute modifies the effect of a previous one, then according to the Supreme Court, the previous one can be taken to have been impliedly repealed. But this itself is not a settled question because of the different parliaments which enacted the two statutes.

The Acts of Union were thus the statutes upon which the modern UK Parliament was (generally) built. The question is whether the modern UK Parliament has the legal ability to repeal (explicitly or implicitly) the very laws under which it came into existence. In MacCormick v Lord Advocate, the Lord President of the Court of Session (Inner House) said this of a similar question raised in respect of the Treaty and Acts of Union which united England (and Wales) and Scotland into one Kingdom of Great Britain:

“The principle of the unlimited sovereignty of Parliament is a distinctively English principle which has no counterpart in Scottish constitutional law … I have not found in the Union legislation any provision that the Parliament of Great Britain should be ‘absolutely sovereign’ in the sense that that Parliament should be free to alter the Treaty at will.”

MacCormick did not feature in the NICA’s judgment but remains as an uneasy reminder that the UK Parliament is not entirely immune to a legal grandfather paradox being unleashed. The problem, indeed, the main problem with the entire Allister case, is the process of reconciling the layered reasoning of the law, with the unconcerned facts of reality. This is especially true of matters involving constitutional law, which require clear, cogent and consistent interpretation in order to enable states to function at all.

The Protocol is not only a matter of lively debate in academic circles – it is a very real matter of social and political tension in NI. Allister comes at a fraught time in NI politics – Executive collapse, electoral uncertainty and increasing public fatigue. No court can solve any of that.

However, I await the Supreme Court’s views on the matter with a mixture of excitement and trepidation: excitement that constitutional law (my field of research) continues to enjoy something of a renaissance beyond the pages of academic publications, and trepidation that we, like the Nautilus, are heading into a maelstrom.