Is the Northern Ireland Protocol unlawful? Analysis of the High Court judgment 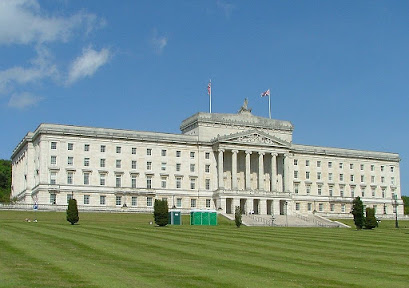 Brexit has not been kind on Northern Ireland. Then again, it was never meant to be. Five years after the referendum, almost to the day, the High Court in Belfast released a decision of intense political nature, with strong echoes of Miller 1, concerning a legal challenge to the Northern Ireland protocol to the withdrawal agreement. Northern Ireland is often described as sitting on a political powder keg, which was on the brink of exploding during the Easter riots. Egged on by political division and the ever so difficult nature of Northern Irish sense of belonging(s), Brexit managed to fulfil the one expectation everyone had predicted: expose every systemic failure.

The oral arguments, presented on behalf of two main applicants - Clifford Peeples, objecting to the establishment of a border in the Irish sea, and unionist members including (now former) First Minister Arlene Foster, opposing the Protocol itself as damaging a unionist position by furthering a separation of Northern Ireland from Great Britain, often were nonsensical. Pushing forward that the European Union was akin to the Vichy regime in its “occupation” of Northern Ireland has no place in a courtroom. Stating that Brexit was never debated in Parliament was simply and painfully inaccurate - and immediately rebuked by Lord Justice Colton (“It was not only debated in Parliament, but outside of Parliament, too, and for some time”, he replied during the hearing). For purposes of time, and clarity, this will focus on two important points of contention.

As my esteemed colleague Anurag Deb helpfully pointed out in a thread, every single point is politically contentious. Returning to the Acts of Union shows that the core focus would not just be the Withdrawal Agreement and the “Northern Irish backstop”: it was the constitutional existence of Northern Ireland. The question was whether the Protocol overrides the Acts of Union. The decision relied heavily on the very nature of constitutional statute and precedent laid by the Supreme Court. The opposition to articles 6 and 10 of the Acts of Union do not relate to the access of goods and services from Northern Ireland to Great Britain, but from Great Britain to Northern Ireland. The imbalance, that would have been fixed by the Internal Market Bill (in its original form), tips the scale in favour of the EU market. It is worthwhile at this stage to highlight that the implementation is still in progress, therefore leaving some unknowns at this stage of a judicial review. But the decision stands: the Protocol in itself does not create those tariffs, rather provides for payments of tariffs to be made if there is a risk of goods being diverted to the EU (see para. 56 of the judgement)

We then reach the issue of hierarchy of statutes in matters of constitutional standing: the impact of Miller 1, in this situation, can’t be overstated. To declare a constitutional statute unlawful, in the event of conflict, one must understand how said statute came into force. The Protocol was itself negotiated as part of the Withdrawal Agreement 2019, and whilst treaties are not up for review, this is where parliamentary sovereignty comes to assert its fundamental nature: the very approval of the Withdrawal Agreement and all appendices therein by Parliament; those issues were effectively considered, at large, by Parliament, over the course of several votes. Resting on the “forever” qualifier in the Acts of Union omits that the United Kingdom has known various iterations since 1800, due to claims of independence, least of them the emergence of a separate Irish Free State in 1922. There was no loss to be expressed in the fight for self-determination in Ireland. The Acts of Union must then be inclusive of the nature of partition. It has not escaped commentators that this year marks the centennial of said partition.

In the very early days following the 2016 referendum, the question as to whether Brexit would breach the Good Friday Agreement (GFA) was raised, and would continue to be raised during negotiations. The European Union reiterated at every given turn that it would never compromise on the Northern Irish peace process, which led to the need for the backstop. Both sides, in this case, argued that they brought their position in order to protect the GFA. The argument over the Article 3 of Protocol No. 1 to the European Convention on Human Rights, helpfully referred to as A3P1, poses the difficult question of how the European Union could continue to implement certain laws and Directives in and to Northern Ireland, without Northern Ireland having access to direct representation in the European Parliament.

The hearing saw many extremely unhelpful parallels. The Vichy analogy notwithstanding, the appellant went as far as to push a US analogy, reproducing the “no taxation without representation” motto. It had been presented several times in Stormont that the Protocol would lead to a diminution of voting rights. The Court considered that the negotiations, especially on future relations between the UK and the EU, would be made in the presence of MPs - that Northern Ireland can vote for in addition to its MLAs. The long debated “democratic deficit” is a political position for which the Court might be later asked to revisit this judgment, should it be appealed. It was considered through the Fourth Recital of the Protocol, highlighting the importance of ensuring there is no diminution of rights arising from the withdrawal agreement, now an interpretation on the interplay between legal and political issues, a perfect summary of this case.

The Court considered that the constitutional nature of Northern Ireland was not changed in the absence of a referendum - which is provided for in the GFA under the principle of consent. The GFA is not incorporated into domestic law. The Court further notes that, generally, the arguments are opposing the arrangements made under the Withdrawal Agreement, rather than the Protocol itself. Perhaps this is the one element that is more widely misunderstood: the Protocol protects the GFA, but does not seek to incorporate it into domestic law. The Protocol is a shield between the Withdrawal Agreement and the GFA. It is therefore very possible this case could be considered a proxy for directly addressing the Withdrawal Agreement. Remorse could be worse than regret, as one MP - Ben Habib (Brexit Party) voted for the Agreement, and is now party to this case. The grievances should then be replaced outside of the courtroom and into the way the arrangements are being negotiated politically, outside of the scope of judicial review, and into the political arena.

Judicial review was refused on all grounds presented to the Court

This decision is not of strictly constitutional interest, but then, when is public law ever just a matter of legal arguments in courtrooms held in remote locations, never to be accessible? This decision - and the motivation behind the application for judicial review - is about identity. In a region where nothing is as contested, conflicted, and tested on a regular basis, it is unsurprising the decision was met with attacks on the judge, Lord Judge Colton; on the barristers presenting the arguments, including former Attorney General for Northern Ireland, John Larkin QC; and by large misinterpretations of the Protocol.

It is July, and protests and riots over the DUP’s interpretation of the role of the Protocol have already led to threats of violence, threats of instability, and threats of attacks against anti-Brexit figures in Northern Ireland. The Protocol, aimed at, by and large, lessening the intense blow Theresa May’s hard Brexit would have inevitably inflicted upon Northern Ireland. The grievances aimed at the Protocol are two-fold: one, they misunderstand that all those concerns were not created by the Protocol, but by Brexit itself. The DUP, having allowed Theresa May to remain in power by entering into a confidence arrangement with the Conservatives, holds little political legitimacy to now oppose the consequences of May’s policies. Two, it is about the very nature of the presence of Northern Ireland as a devolved region, part of the United Kingdom. Whilst not fully phrased as such, the fear of a reunified Ireland - actively discussed and campaigned for since summer 2020 - feels like a death toll for unionism. The Protocol is a protective shield between the Good Friday Agreement and Brexit. The principle of consent will be respected; Article 2 of the Protocol guarantees no diminution of rights. Lest we forget that, in 1998, the DUP refused to vote in favour of the Good Friday Agreement. It is now catching up to them.