Is Free Movement in Europe an Anomaly? The New Open Borders Policy in South America 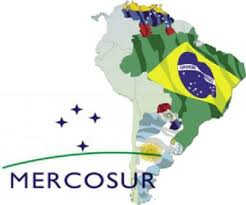 
Further reading on the topic: