Should research by academics whose institutions receive EU money be discredited? 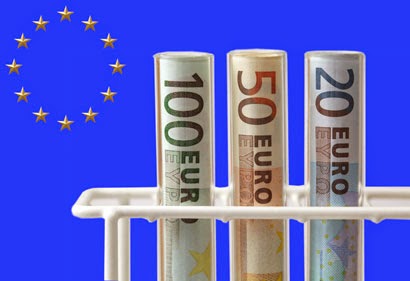 Should research which Eurosceptics don’t like be ignored, if the academics who publish it, or the institutions they work for, have ever received money from the EU? That’s the insinuation of at least some Eurosceptics, not only in response to this week’s research on the positive benefits of the free movement of EU citizens, but also as regards me in particular.

It’s tempting to ignore this line of argument, as indeed I did when it was first used against me last year. But I suspect that it will be used again and again in the build-up to a referendum on British exit from the EU (in the event that we have one), in an attempt to instantly discredit anyone who submits objective evidence supporting the pro-European side of the debate.  So it’s important to tackle this line of argument right now.

First, the most recent case. Following the publication of the study on the economic benefits of free movement, co-authored by Professor  Christian Dustmann of University College London (UCL), Dan Hannan, a (nominally) Conservative Member of the European Parliament (MEP), tweeted that UCL received 53 million euro in EU funding in 2013. He stated that he hadn’t been going to mention this, but ‘so many Europhiles object to anyone even *mentioning* the figure’. (The co-author of the paper, Tommasso Frattini, is an Assistant Professor at the University of Milan).

Secondly, my own case. Last year, I gave evidence at the House of Commons Home Affairs Committee on the UK’s planned opt-out from aspects of EU policing and criminal law (you can see the full transcript here). Mark Reckless – then a Conservative MP, who has since defected to UKIP – asked me about my sources of funding (see questions 167 and 168). First, he asked how much money I received from the EU institutions. I replied that almost of my income came from the University of Essex, my main employer. But I have done some consultancy work occasionally from the European Parliament and European Commission. I estimated that the money from that work constitutes about 1-2% of my income.

But that wasn’t enough for Reckless. He then asked what funding the University of Essex as a whole received from the EU. He clarified that this referred to all income, not just any funding directly linked to my own research. Since I didn’t have the figure to hand, I replied that I there was no EU funding directly linked to my own work, but I assumed that some my colleagues across the University had obtained some.

Hannan and Reckless are ostensibly now in different parties, but they are close friends. While neither of them make explicit claims of bias (and Reckless could have hidden behind parliamentary immunity if he had), their questions and statements have an obvious insinuation: that researchers who receive money directly from the EU, or whose employer receives money from the EU, are biased.

Is there a pro-EU bias?

First of all, a point about how British parliamentary committees work. I have given evidence at a number of them over the years, and also served as a Special Adviser for one enquiry by the House of Lords Select Committee on the EU. A basic feature of the process of calling witnesses to the committees is that they are informed in advance of the questions which they can expect to be asked. In the case above, I was not informed about Mark Reckless’ questions. He has now joined a party that purports to stand up for basic British values; but his behaviour toward me displayed neither of the traditional British virtues of good manners or fair play.

So are institutions which receive EU money biased, leaning on their staff to churn out pro-EU propaganda? At the outset, I can see why their own experience might lead Eurosceptics to think that. Many of them are also climate change deniers, and as George Monbiot has pointed out, the main ‘scientific institutes’ denying climate change are extensively funded by the oil and gas industry.

Is that true of universities though? They all have to publish independently audited accounts each year – in much the same way that Nigel Farage does not. So let’s look at the UCL figures first, to put their EU income in perspective. Its total income in 2012-13 was £940 million, of which £39 million came from the EU.  That’s 4.1% of their total income.

What about the University of Essex? If Reckless really wanted to know how much money it received from the EU, he could looked at its annual accounts – it’s the first reference from the University’s entry in Wikipedia. But obviously he was more interested in trying to ambush me.

The Essex accounts show that the University received £2.9 million out of its total income of £146 million from EU grants. That’s 2.0% of its total income – neatly corresponding to my estimate about the share of my own income that comes from the EU. (I should emphasise here that as always, the opinions I express are my own, not that of my employer, or anyone else).

Is it possible that the small share of a university’s overall income which comes from the EU could bias the results of the research work done at that university? While obviously universities value all of the income which they receive, it is equally obvious that any proven claim of bias would damage the position of the reputation of the university as a whole, and certainly individual researchers’ access to research funding in future.

In the case of Essex, for instance, the research money coming from the EU is dwarfed by £20 million in funding coming from research councils, and £9 million coming from the general research grant (which is based on an assessment of the quality of our staff’s published research). Put bluntly, we would have a lot more to lose, than to gain, if we produced crap research to satisfy the whims of the European Commission.

Let me also answer this question from personal experience. Throughout my time working at the University of Essex, it’s obvious that the University (like all UK universities) wants us to apply for and obtain as many research grants as possible, from the EU and anyone else. Of course we have to tailor research funding applications to the subject-matter that the funding body wants to fund in this funding round. But I have never been put under the slightest pressure from my employer to alter the content of my research to ‘suck up’ to the Commission, or anyone else.

This brings me to the second head of the argument: that individual researchers have a pro-EU bias because of the EU funding which they receive. I can only speak for myself when answering this point.

Anyone familiar with my work would surely laugh at the insinuation that I am a shameless supplicant of the EU institutions. To take just a few examples, I described the EU’s data retention Directive as a ‘sell-out foretold’, and just last week on this blog, I characterised a recent CJEU judgment as ‘head-banging’. At one conference, Sir Francis Jacobs (a former Advocate-General of the CJEU) introduced me as ‘one of the Court’s severest critics’. At another conference, a former Council official described how during his time at the Council, its fiercest enemies were myself and Tony Bunyan, the director of Statewatch.

More broadly, my general impression, based on two decades working in the field, is that other specialists in EU law and politics, like me, start from a broadly pro-European perspective but have no compunction about criticising the EU institutions whenever they think it’s justifiable.

Finally, there’s now a considerable irony in Reckless’ ambush on my supposed bias. The party which he has recently joined, in a desperate bid to obtain EU funding within the European Parliament, has brought on board a party member from a Polish party whose leader jokes about violence against women, and denies the Holocaust. Even if I had prostrated myself before the EU institutions in a bid to receive their money, it would have been a million times less unethical than teaming up with a Holocaust denier to the same end.

To adapt the old saying, people who dishonour the terrible legacy of Kristallnacht shouldn’t throw stones.