What just happened? The House of Commons ‘vote’ on the European Arrest Warrant 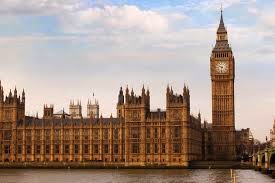 
The Treaty of Lisbon sets out a five-year transitional period for EU policing and criminal law measures adopted before that Treaty’s entry into force (1 December 2009). At the end of that period, those measures become subject to the full jurisdiction of the Court of Justice of the European Union, including both references from national courts and the Commission’s power to sue Member States for non-application, or incorrect application, of such measures. The majority of Member States (but not including the UK) had already opted in to the former jurisdiction, but the latter jurisdiction is entirely new.
From the same date, the UK can decide to opt out of all the pre-Lisbon policing and criminal law measures (except for those which have been amended since that Treaty entered into force, which the UK could decide to opt in to or out of individually as each of the amended versions was adopted).  If it exercises this block opt-out, the UK can then choose to opt back in to some of these pre-Lisbon measures individually. The decision on its application will be taken by the Commission or the Council, depending on the type of measure (the Council decides where the measure is linked to the ‘Schengen’ treaty on border controls; the Commission decides on all other matters, including the EAW).
The UK has indeed exercised the block opt-out, and has applied to opt back in to 35 measures, as described above. Last night’s vote was the crucial point at which the House of Commons got to vote on the government’s intentions (the House of Lords will vote shortly). The formal decisions on the opt-in will now be taken by the Commission and Council, probably on December 1.


While EU law sets out the overall procedure relating to the opt-out and opt-in, it doesn’t govern the details of parliamentary scrutiny of the government’s decisions within the UK. That’s a matter for  UK law only. So what exactly happened in the House of Commons last night?


The House of Commons vote
The UK government had long promised that Parliament would get to vote on the decision to opt back in to all of the 35 measures. In the event, the Home Secretary declared that last night’s vote, was in effect politically binding as regards all of these measures. But according to a ruling of the Speaker of the House of Commons, the vote was only legally binding as regards 11 of them.


What did the vote concern exactly? It was on a resolution to approve delegated legislation, ie an individual measure which the UK executive can adopt because a previous Act of Parliament gives it powers to adopt that measure, subject to parliamentary scrutiny. Last night’s vote was the key point in that parliamentary scrutiny, as far as the House of Commons was concerned.
The Act of Parliament which gave the government those powers was the European Communities Act, which is the main Act governing the status of EU law in the UK’s national legal order. In particular, section 2(2) of this Act gives the government power to adopt delegated legislation to implement EU obligations, subject to certain limits. That section is very frequently used in practice.


However, it’s never been used before to adopt delegated legislation to implement EU obligations regarding pre-Lisbon policing and criminal law. That’s because it couldn’t be, before December 1 2014. This is due to a limitation in the Act itself. Because policing and criminal law issues were ‘intergovernmental’ (ie essentially decided upon by governments, not the EU institutions) before the Treaty of Lisbon entered into force, they took a different form, and had a different legal status, than ordinary EU law. To take account of this, the European Communities Act never applied to them until now (when the transitional period ends).
The exclusion of these measures from the Act is implicit in the definition of EU law in section 1(2) of the Act. In particular, that definition excludes Title VI of the original Treaty on European Union (the Maastricht Treaty) and Art. 1 of both the Treaty of Amsterdam and the Treaty of Nice from its scope. Incidentally, the Act still continues to exclude EU foreign policy measures from its scope.


So what does the delegated act which MPs were voting on do? It takes the form of (UK) Regulations, and is further explained in an explanatory memorandum. It makes changes to UK law which the government deemed were still necessary to ensure that 11 of the 35 Acts which the UK is opting back in to are fully and correctly applied in our domestic law.
Six of those measures concern the UK’s mutual recognition of criminal law decisions adopted by other Member States (and vice versa), as regards: confiscation of assets obtained by crime; freezing of such assets provisionally during an investigation and trial; financial penalties (fines) imposed by courts as a result of a criminal conviction; the transfer of foreign prisoners serving a custodial sentence; general rules on in absentia trials as regards mutual recognition; and the European Supervision order, which permits foreigners to be freed pending trial, provided that their home State agrees to supervise them until they face trial in the country concerned.


Three more measures concern police cooperation. Two of them concern ECRIS, a system for the exchange of criminal records between Member States. The third concerns the so-called ‘Swedish initiative’, which governs requests for other forms of information in individual cases between  national police forces.
The final two measures concern joint investigation teams (groups of police officers from multiple Member States, as well as Europol, the EU police intelligence agency) examining cross-border crimes, and data protection rules applying to cross-border exchange of police information (this is distinct from the EU’s data protection Directive).


The political context
As noted above, the Commons vote applied to all 35 measures in a political sense only, not in a legal sense. Legally speaking, the government did not need parliamentary scrutiny of the opt in to the remaining measures, since there was no need to change UK law in order to apply them. However, the UK had promised such scrutiny nonetheless, leading to the confusion and disappointment of many MPs.


It was clearly right in principle to promise full parliamentary scrutiny of the opt in decision, given the public concern and interest in the issue. So it was wrong not to give full effect to that promise, which could have been implemented (for instance) by holding a vote also on a resolution explicitly concerning the opt in to all 35 measures.
The government may have decided not to do this because it wanted to avoid critics of the EAW trying to amend the resolution to force a vote on the EAW separately. But if there is enough concern in Parliament about the opt in to this particular measure (or any others on the list), then MPs should get the chance to vote on it individually.


One of the consistent problems with EU law in the UK (and to some extent in other Member States as well) is its perceived lack of democratic legitimacy. Often that’s the fault of the EU itself, due to a lack of transparency for instance. But in this case, since only UK law governs the process of parliamentary scrutiny relating to the opt in, it’s entirely the fault of the UK government. The likely result of the decision to limit the scope of parliamentary scrutiny will be to damage the legitimacy of the EU further – and to increase, not reduce, the number of Conservative MPs who are very critical of the EU.