The new Directive on intra-corporate transferees: Will it enhance protection of third-country nationals and ensure EU competitiveness? 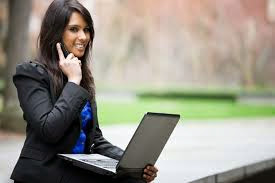 
This post sets the scene for the new EU directive in the area of legal labour (economic) migration - the Intra-Corporate Transfers Directive (ICTD) - in three sections: a) it explains why this Directive was introduced and its relationship with the other EU directives in the area of economic migration; b) it outlines the main novelties brought about by this Directive; and c) it highlights some of the potential issues. These potential issues will be further developed and analysed in the subsequent posts.


The EU Commission introduced the Proposal for ICTD in July 2010 as a part of a comprehensive package of different measures, which were proposed in the Policy Plan on Legal Migration of 2005, the European Pact on Immigration and Asylum, (adopted in 2008) and further endorsed by the Stockholm Programme (adopted by the EU Council in December 2009), which called for the adoption of an overall European policy on migration. In addition, the Europe 2020 strategy contemplated that a well-structured legal immigration policy will have a role to play not only in filling shortages of the labour markets and enhancing the competitiveness of EU but also in helping to face demographic challenges which most of the Member States face or will face in the near future.


To be more specific, the 2005 Policy Plan on Legal Migration sketched out the EU Commission's vision on how a common policy on economic migration should be further developed by scheduling the adoption of several legislative proposals (directives) on economic migration between 2007 and 2009. As a result, the ICTD was adopted as a new legislative instrument of the EU common policy on legal migration. It complements three already existing Directives, also introduced as a result of the 2005 Policy Plan on Legal Migration:  the 2009 EU Blue Card Directive on highly qualified workers setting out the admission criteria for and the rights of highly qualified third country national (TCN) workers (discussed here), the 2011 Single Permit Directive on TCN workers legally residing in an EU Member States; and the 2014 Seasonal Workers Directive.


The EU Commission, backed up by some Member States in the Council, disagreed with the European Parliament as regards some issues, for example, the right of equal treatment of ICTs and the rights of their family members.  After lengthy negotiations (4 years), the text of the ICTD is a compromise between the EU Council and EU Parliament, where EU Parliament accepted a number of EU Council proposals, for instance in relation to the equality of treatment of ICTs. The EU Council adopted the ICTD on 13 May 2014, following a positive vote in the EU Parliament in April. The ICTD was published in the Official Journal of the European Union on 27 May 2014 and entered into force on 28 May 2014. Now the 25 participating EU Member States have 30 months to transpose this Directive (by 29 November 2016). As with other EU policies on legal migration of third-country nationals, the UK, Denmark and Ireland are opting out of this Directive.


So what is new in the EU legislation relating to the area of economic migration after the introduction of the ICTD? Firstly, it covers a group of TCN migrant workers not yet protected by any of the existing EU economic migration directives; secondly it provides for “mixed” set of rules as regards the equality of rights of ICTs; thirdly it creates a unique intra-EU mobility scheme for ICTs; and lastly it offers favourable rights for family members.


The aims of the ICTD are threefold: a) it should make it easier and quicker for multinational companies to temporarily assign highly skilled TCNs to subsidiaries situated in the Member States; b) it should facilitate intra-corporate transferees’ (ICTs) mobility between Member States during their transfer; c) it lays down a common set of rights for ICTs when working in the EU in order to avoid their exploitation and distortion of competition.


The ICTD will facilitate intra-corporate transfers of managers, specialists and trainee employees to the EU by setting up transparent and harmonised conditions for admission, residence and work. To be eligible for an intra-corporate transferee permit, managers and specialists must have worked at least 3 up to 12 uninterrupted months for the multinational company immediately preceding their transfer. For trainee employees this period is 3 to 6 uninterrupted months. Member States retain the right to set the volumes of admission of ICTs who apply to be admitted to their territory. The permit will be valid for a maximum of 3 years in the case of managers and specialists and 1 year for trainee employees.


The Directive also aims to have speedy application procedures with easily available information about the new ICT permit and fast-track application processes, with only complex cases taking the maximum 90 days allowed for review.


The ICTD provides for equality of treatment rights with nationals of Member States as regards remuneration. The rationale for granting equal treatment with nationals to ICTS as regards remuneration is the aim of ensuring that companies established in a third country will not be able to benefit from lower labour standards, thereby distorting competition. Therefore, Member States must request, as a ground for admission, that the remuneration granted to the ICTs is not less favourable than the remuneration granted to nationals occupying comparable positions.


Under the provisions of the ICTD, the ICTs are to be treated on equal footing with another group of migrant workers – posted workers – as regards the terms and conditions of employment other than remuneration (such as maximum work periods or safety at work). This means that these terms and conditions of employment in the Member State to which the ICT will be transferred will be governed by the laws of his or her country of origin (the sending third country). According to the ICTD the reason for this is that the ICTD should not give undertakings established in a sending third country any more favourable treatment than undertakings established in an EU Member State, in line with Article 1(4) of the Posted Workers Directive (96/71/EC).


The ICTD also sets out a clear list of rights for ICTs in relation to freedom of affiliation to a trade union, recognition of diplomas, and access to public goods and services, except housing.


Lastly, equal treatment between ICTs and nationals applies to branches of social security, in practice, in particular to benefits related to sickness, invalidity and old-age. However, EU Member States can make an exemption where the national law or a bilateral agreement with the host Member State establishes that the laws of the country of origin of the ICT will apply. Also, Member States may decide not to grant family benefits to ICTs who stay less than 9 months in the EU.


The intra-EU mobility provisions in the ICTD mean a significant and unique development in comparison with national systems which do not permit ICTs to work in subsidiaries established in another Member State. This is the first work permit that will allow TCNs, under certain conditions, to work in several Member States for entities belonging to the same group of undertakings. Responding to the strong mobility needs of this type of TCN migrant workers, ICTs are not required to obtain the Schengen visas. Subject to a number of conditions, they can enter, stay and work in the Member States other than the one to which they were initially admitted. The ICTD distinguishes between short-term (less than 90 days in any 180 day period) and long-term (more than 90 days) mobility.


During the negotiations the EU Parliament succeeded in including crucial provisions in the ICTD as regards the rights of family members of ICTs.  This was advocated for with a view to removing an important obstacle to accept an assignment in the EU, meaning that the family members of ICTs will be able to accompany the ICTs at the start of their assignment, if they apply at the same time. In addition, the family members are also entitled to be employed or self-employed in the host Member State throughout the duration of the ICT’s transfer.
C.      POTENTIAL ISSUES


It remains to be seen how Member States will implement the ICTD in their national laws in the next two years given that the ICTD only sets minimum standards and includes a number of optional (“may”) clauses. For some Member States, the implementation process will mean modifying visa procedures, whereas others Member States will have to construct an intra-corporate transfer process from scratch. The challenge will be making sure that each Member State agrees to very similar definitions and terms for visas, so that there is not a wide variation among them.
Moreover, one issue of particular concern is intra-EU mobility for ICTs, where the ICTD includes a number of optional requirements (“may” clauses) that Member States may impose and thus also different variants of the scheme for Member States to adopt, which could render the scheme rather complicated. Furthermore, the conditions for assignments lasting longer than 90 days are much stricter than those for short-term transfers lasting less than three months.


In addition, it would appear that the ICTD is likely to impede the wider principle of equal treatment that must be at the core of all EU legislation in the field of migration – TCNs should be treated on equal footing with nationals of Member States. The ICTD contains provisions, advocated for by the EU Council and opposed by the EU Parliament, by which TCN workers employed in the EU in the framework of the intra-corporate transfers would enjoy a protection of rights granted to posted workers. Thus, the equal treatment will be limited to the core provisions of the contentious Posted Workers Directive (PWD). This means that the legislation of the sending third country will be applicable rather than the legislation of the host EU Member State. It was reasoned that ICTs should not be treated more favourably than posted workers by granting ICTs rights equal to those of EU nationals, which would suggest that the ICTD assumes that intra-corporate transfers and postings of workers are of the same or similar character.
However, the ICTD and PWD belong to different legislative spheres. The postings of workers function within the EU single market in support of the provision of services, whereas the intra-corporate transfers are aimed at allowing multinational companies to efficiently utilise their human capital. It is possible to argue that these provisions of ICTD are likely to lead to the bypassing of the EU labour legislation and national labour protection, which was the case with the PWD (see the Laval judgment). Thus, the equal treatment of ICTs could be endangered as potentially laws from any sending third country may be applicable to their situation. Consequently, TCNs could be afforded less protection and be subjected to the different forms of exploitation.