Clash of the Judicial Titans: Will the Euro survive? 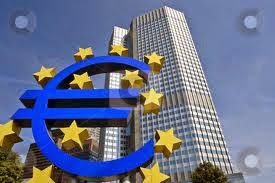 
The German Federal Constitutional Court (BVerfG) has finally sent a reference to the Court of Justice of the European Union (CJEU). Moreover, it has chosen a crucially important issue to ask questions about. This issue is the validity of the Outright Monetary Transactions (OMT) policy of the European Central Bank (ECB) – the very policy which is credited with keeping the EU’s single currency alive, perhaps single-handedly. If either of these courts rules that this policy is invalid, the very existence of the EU’s single currency could be called into question.

In a nutshell, the OMT constitutes a promise made by the ECB, back in the summer of 2012, that it would if necessary purchase the government bonds of troubled eurozone Member States on the secondary market (ie, from banks and other financial institutions which own those bonds). The purpose of the policy was to shore up confidence as regards the specific economies in question, and therefore in the single currency in general. In return, among other things, the countries concerned would have to sign up to austerity programmes. While the OMT has never actually been triggered, the mere possibility of its use appears to have calmed financial markets’ doubts about the survival of the single currency (and about the continued use of the euro by all the EU Member States which currently use it) considerably. The BVerfG’s decision to send any question to the CJEU is itself historic. It comes soon after the first references to the Court of Justice from the Spanish Constitutional Court (Melloni) and the French Constitutional Court (Case C-168/13 F, which concerned Jeremy Forrest, the British schoolteacher who ran off with one of his pupils). So all the big beasts among Europe’s constitutional courts have now engaged with the CJEU.

However, it is clear that the BVerfG at least still does not really regard the CJEU as the king of the jungle. It asserts its intention to find that the OMT programme breaches the German constitution, depending on what the CJEU has to say. On the other hand, the CJEU has always asserted that it is the sole judge of whether an EU act is valid (going back to the judgment in Foto-Frost). Can the single currency survive this conflict between constitutional principles?

The BVerfG (along with many others, particularly in Germany) doubts that the OMT programme is legal, because it constitutes economic policy (rather than monetary policy) and because it amounts to the ECB buying up eurozone governments’ debt, which is not permitted under the Treaties which the EU is founded up.

Let’s have a closer look at these arguments. First of all, is the OMT programme an economic policy? While the EU has established an economic and monetary union (EMU) among eurozone Member States, and economic and monetary policies are obviously closely related, there is nonetheless a sharp legal difference between the two policies as a matter of EU law. Monetary policy is an exclusive competence of the EU, as far as the eurozone Member States are concerned. Within the EU, the ECB is in charge of that policy.

On the other hand, economic policy is primarily a matter for Member States; the Union (primarily the Council) only coordinates such policies.While this division may not make much economic sense, any significant shift of powers over economic policy to the EU would have been impossible to agree politically, and have raised great(er) doubts about the EU’s legitimacy.

In its Pringle judgment of 2012, the CJEU ruled that the treaty establishing the European Stability Mechanism (ESM), which establishes a system for eurozone Member States to lend financial support to each other, was an act of economic policy, not monetary policy. But the CJEU did not define what ‘monetary policy’ consisted of.

Secondly, does the OMT programme circumvent the ban on buying government debt? Article 123 TFEU specifies that the ECB and national central banks cannot ‘purchase directly’ the ‘debt instruments’ of eurozone Member States’ governments. Obviously, the word ‘directly’ is significant; if the authors of the Treaties had wanted to ban the ECB from ever owning a government bond issued by a eurozone Member State, they would have left that word out. So it can hardly be doubted that the ECB can purchase such bonds from financial institutions, at least on a modest and non-systematic basis.

But the BVerfG is concerned about the underlying purpose of the ban on direct purchases of government bonds: to prevent governments from being ‘propped up’ by the central bank. If all government bonds issued by Eurozone Member States were systematically snapped up by the ECB from the financial institutions which had initially bought them, the ECB would arguably be circumventing the ban on direct purchases.

The best approach to this objection is to interpret the ECB’s powers in light of its obligation to contribute to achieving the EU’s objectives, in particular the development of the single currency. In the ordinary course of events, purchasing significant numbers of eurozone government bonds directly on the secondary market might not have a strong link to the existence of the single currency. But in the current circumstances, it does. So this justifies a flexible approach to the limits which might otherwise apply to the ECB’s actions – provided that such purchases are on secondary markets, and are necessary to ensure the single currency’s survival.

The BVerfG states clearly what it expects the CJEU to do: to interpret the OMT programme in accordance with its specified constraints, otherwise it will rule that the programme is in breach of the German constitution. But the BVerfG has warned the CJEU before, and then not gone through with its threats. It has come to resemble an angry parent issuing increasingly dire threats to a naughty child – and then not following through on them. The naughty child soon realises that the threats won’t be carried out, and adapts her (mis)behaviour accordingly.

And there is another factor at play here. When the BVerfG was asked if Germany could ratify (for instance) the Lisbon Treaty, there was a clear route to ensure that its judgment was carried out. Very simply, it could have ordered the German government not to ratify that Treaty. Similarly, in cases concerning the EU’s banana market legislation, or the interpretation of EU age discrimination rules, it could have ordered the German administration and courts not to apply the rules concerned. But it is less clear exactly what it can do to stop the actions of the ECB, which presumably would not consider itself bound by a BVerfG decision. The BVerfG refers to requiring the German government to act (unless there is a retroactive amendment of the German constitution), but exactly how that will stop the application of the OMT programme is unclear. So our naughty child in Luxembourg – and her naughty brother in Frankfurt – must know that their ostensibly strict parent probably can’t carry out this particular threat.

In that case, how will they behave? It might be expected that many of the concerns raised by the BVerfG can be addressed, but not all. In particular, it is hard to see how the OMT programme could achieve its objectives if the ECB does not have the power to buy significant number of government bonds on secondary markets. Possibly the CJEU will allow such purchases to continue, subject to certain conditions – which the BVerfG may decide are strict enough to meet its concerns. Judging from the overall tone of the latter court’s ruling, it is looking to find a way to uphold the validity of the OMT programme despite its fundamental objections.

[Update: the CJEU gave its ruling in this case in June 2016. See the analysis of the judgment here.]