Should EU citizens who move retain the right to vote in their Member State of origin? 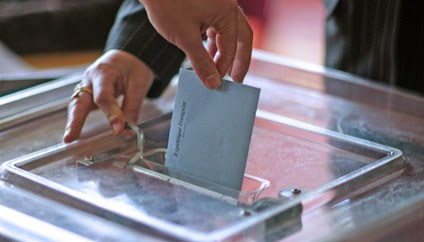 
The European Commission has recently produced a communication and a recommendation on the loss of EU citizens' right to vote when they move between Member States. According to the Commission, while Member States' national identity entails the right to decide who makes up a national electorate, Member States must consider whether their policies of disenfranchisement lead to a loss of the right to political participation. Many such citizens retain an interest in the politics of their country of origin, it is no longer difficult to keep in touch with political developments at home, and there is an ongoing trend toward allowing expatriates to retain their voting rights.

Five Member States disenfranchise their citizens who move abroad. Denmark, Ireland, Malta and Cyprus disenfranchise their citizens if they leave the country between 6 months and 2 years, while the UK disenfranchises its citizens after 15 years abroad. The European Court of Human Rights has recently upheld the British restrictions as compatible with the right to free elections, as set out in the First Protocol to the ECHR (Shindler v UK, 2013). Moreover, those who move to another Member State do not obtain the right to vote there in general elections (except in the UK, for Irish and Commonwealth citizens). They only have the right to vote (pursuant to EU law) in local and European Parliament elections.

The Commission believes that this disenfranchisement is: out of keeping with the premise of EU citizenship (ie, adding to national citizenship rights, not taking them away); could lead to complications regarding the exercise of free movement rights; and leads to a gap in political participation. In particular, the Commission points out that while all EU citizens resident in the EU qualifying to vote have the opportunity to vote for the European Parliament, those who move and are disenfranchised cannot influence the composition of the Council.  (One could add that they cannot influence the make-up of the European Council either).

Two possible options for solving this problem are rejected: obtaining the host State's citizenship would be at odds with the transnational and complex nature of EU citizenship, and mutual recognition of voting rights.

Therefore the Commission suggests a number of short-term solutions within the EU framework. In particular, Member States should allow citizens to remain enfranchised if they move between Member States, at least if they express an interest in doing so. And in the longer term, the idea of enfranchisement in the host country (including for regional elections) should be further encouraged.

These principles and suggestions (except for the longer-term ideas) are then set out in the preamble and main text of the Commission Recommendation.

The Commission hints that Member States' disenfranchisement policies might infringe EU free movement and citizenship law. While the jurisprudence of the Court of Justice of the EU in this area can be hard to predict (I did not expect either of the Rottmann or Ruiz Zambrano rulings, for instance), at first sight it appears that this interpretation cannot be correct.  The Treaties lay out the rights of EU citizens, including the right to vote and stand for election in another Member State's local elections, or in voting for the European Parliament. Then Article 25 TFEU sets out the possibility for adding new rights for EU citizens, subject to a unanimous vote in the Council and national ratification.  The obvious implication is that further political rights for EU citizens are subject to the adoption of such further measures by the Council.

Would it be a good idea to adopt such a measure? While political citizenship is obviously a key element of citizenship as traditionally defined, and the particular context of the EU suggests that voting rights should not be lost due to exercising free movement rights, and as regards the make-up of the Council (as co-legislator), it does not necessarily follow that those rights should be retained in the country of origin. It seems more sensible that they be transferred to the country of residence, given that the citizen has voting rights for the European Parliament there, along with local voting rights. Moreover, the main thrust of EU citizenship for those who move between Member States is about their equal treatment and integration into the host State, not the retention of links with their home State. EU citizens who have moved between Member States have the right to return to their home State without being prejudiced by their time away: but it is a different matter to say that they should be treated as if they had never left while they are still abroad. While it is true to say (as the Commission does) that expatriates retain some interest in taxation decisions in their country of origin, they are nonetheless likely to be paying most or all of their taxes in their host State.

Having said that, Member States obviously prefer retaining voting rights for their own citizens who move away, instead of extending them to foreigners who move to that country. The Commission's suggestion is therefore going with the flow, rather than spitting in the wind. So it has more chance of being successful than the more logical alternative.

Oddly, the Commission only briefly mentions the issue of regional elections, and does not mention referendums at all. On the first point, it would make even less sense to allow expatriates to continue voting in such elections, since those elections are more inherently territorial. On the second point (and there are of course regional and local referendums too), both expatriates and the citizens of other EU Member States who have exercised free movement rights have an obvious special interest in voting in national referendums on EU Treaty amendments, and (possibly soon in the UK) on whether the relevant Member State should remain part of the EU. One might expect that British expatriates living in other EU Member States, and citizens of other Member States living in the UK, would be particularly likely to vote to stay in the EU. Indeed, perhaps their votes could swing a close election - although there will always be some turkeys who vote for Christmas.