Counterfeiting the euro: The EU legislature applies the principle of ineffectiveness 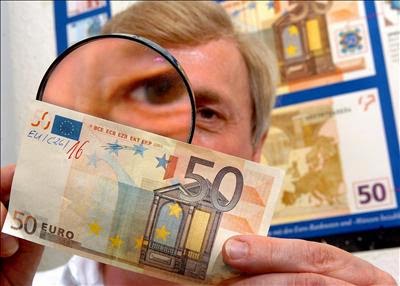 
In some of its key judgments concerning EU criminal law, most notably Pupino and its judgments on the legal base for environmental crime legislation, the Court of Justice of the European Union (CJEU) has attempted to strengthen the principle of effectiveness in this area. However, the EU legislature has recently agreed on a new Directive on counterfeiting the euro, which could only be described as an application of the principle of ineffectiveness.

The issue of counterfeiting the euro is currently addressed by a number of measures, most notably a pre-Lisbon measure, a Framework Decision forming part of the previous 'third pillar', which dates from 2000. This Framework Decision sets out substantive criminal law rules regarding counterfeiting currencies, including the euro. It requires Member States to define as a criminal offence the fraudulent making or altering of currency, as well as a number of similar offences.

The various offences must be 'punishable by effective, proportionate and dissuasive criminal penalties, including penalties involving deprivation of liberty which can give rise to extradition'. More precisely, the offence of fraudulent making or altering of currency must be punishable by a possible maximum penalty of at least eight years. This was the first time the EU had included a rule on sentencing in its substantive criminal law legislation, and most such EU measures adopted since have included further sentencing rules.

In its proposal for a Directive to replace the Framework Decision, the Commission again hoped to break new ground: it suggested that for the first time, EU legislation should establish a minimum sentence for certain crimes. In this case, there would be a minimum penalty of at least six months' imprisonment for certain offences of counterfeiting currency, if at least €10,000 was involved.

However, the European Parliament (EP) and the Council were not willing to accept the Commission's proposal on this point. The final agreed Directive only provides for the current eight year possible maximum sentence for fraudulent making or altering of currency, adding a five year possible maximum sentence for related crimes. But there is no provision on minimum criminal sanctions.

On the other hand, two other innovations proposed by the Commission were accepted. First of all, Member States will have to provide for 'effective investigative tools', such as interception and undercover agents, as regards counterfeiting currency. This will prevent investigations being dropped due to the lack of such techniques being available (for an example of this happening in practice, see p. 16 of the impact assessment). Secondly, Member States will have to allow identification of counterfeits while criminal proceedings are underway. This will speed up the process of ensuring that the bogus currency created from the illegal printing press is rejected (for an example of bogus €500 notes being accepted because there was no early access to the counterfeits, see p. 18 of the impact assessment). The European Parliament also insisted upon a new clause requiring the Commission to collect information on the numbers of prosecutions.

The adoption of the Directive will continue the process of replacing pre-Lisbon third pillar acts with ordinary EU legislation (four other Framework Decisions have been replaced by Directives to date). However, since the end of the transitional period relating to pre-Lisbon third pillar acts is nigh (the usual rules on infringement actions and references from national courts will apply from 1 December 2014), this does not matter very much in practice.

The Directive will not apply to the UK and Denmark, matching precisely the opt-out rules relating to the single currency (all other non-eurozone Member States must adopt the euro in principle).  While the Framework Decision will still apply to those countries for now, the UK has decided to opt out of it (without applying to opt back in) as from 1 December this year. In the hypothetical event that the UK then decriminalises the counterfeiting of the euro on its territory, that would arguably be a breach of the principle of 'sincere cooperation' in EU law.

One wonders why the EU legislature puts such store by the Commission producing comprehensive impact assessments, and then ignores the evidence set out in them. It is true that a minimum criminal sentence might be at odds with some Member States' criminal law systems, which the Treaty rightly requires the EU to respect. However, the best way to address this legitimate concern is to provide for an exception for those Member States in the relevant legislation .

While there are generally good reasons, on grounds of subsidiarity and such respects for national systems, for the EU not to interfere with the basic principles of national sentencing systems, the case of counterfeiting the euro is special. (So is the issue of protection of the EU's financial interests, where the Commission has proposed to interfere with national rules on prescription for the first time.) Any counterfeiting of the EU's single currency necessarily impacts on all the Member States using it, as well as (less directly) the Member States which are required to use it in future. The EU legislature's choice to apply the principle of ineffectiveness in this new legislation is therefore regrettable.