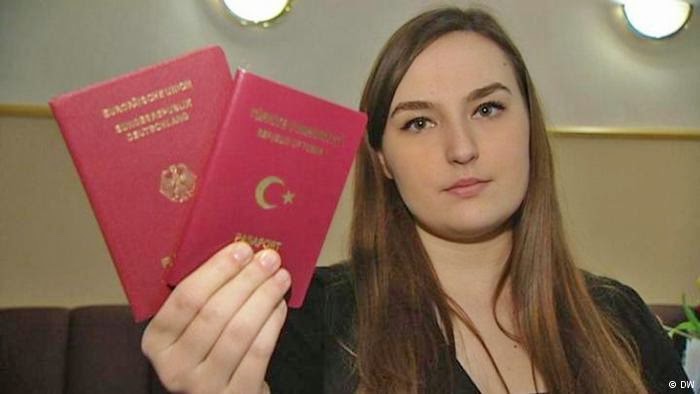 
Back in 2012, in its judgment in Kahveci and Inan, the CJEU determined that dual Turkish/Dutch nationals were entitled to rely on their Turkish citizenship to enjoy the benefits of the EU/Turkey association agreement as regards family reunification and thus escape the stricter national legislation for own nationals’ family members. So until the recent decision earlier this month in Demirci, it looked as if Turkish citizens with a second passport from a Member State were more or less free to choose which one to rely on in order to benefit from EU law. But the Demirci judgment changes the rules slightly and provides a more elaborated legal reasoning to when dual nationals of Turkey and a Member State may use one or other of their citizenship.


The finding is rather ominous so we will start some background on the facts of the case and conclude with a rather optimistic analysis where we conclude that dual nationality is still a strong source of rights in EU law and that this judgment is perhaps the exception.


Mr Demirci and his fellow applicants are all former Turkish workers who had worked in the Netherlands for many years fulfilling the conditions of the secondary legislation of the EU/Turkey Association Agreement, Decision 1/80 of the EU/Turkey Association Council, which regulates aspects of the immigration status of Turkish workers and their family members. They had all naturalised as Dutch nationals but kept their Turkish citizenship. They all became disabled and incapacitated for work and thus permanently left the labour force. They received a Dutch social benefit designed to provide income for the incapacitated. But this benefit is rather low so they applied for a top up benefit to bring their income closer to that of the minimum wage. They were all awarded the top up benefit.


Then a series of things happened. The men retired with their families to Turkey. The Dutch Government began to change the rules on the top up benefit to exclude anyone not resident in the Netherlands (or the EU). Mr Demirci and his colleagues first had their top up benefit reduced then it was cut off altogether on the basis that they no longer lived in the Netherlands (or EU). They appealed, relying on their Turkish nationality, on the basis that this treatment was contrary to the EU/Turkey Association Agreement measure on social security – Association Council Decision 3/80. The argument went that the Dutch authorities may be able to cut off the top up benefit to their own nationals living outside the EU as this is a matter wholly internal to one Member State. But they cannot cut off the top up benefit to Turkish nationals who have fulfilled the conditions as workers in a Member State under Decision 1/80 as this is a matter of EU law (which does not permit such an act – Article 6(1) of Decision 3/80 protects Turkish workers who retire to Turkey as regards receipt of social benefits). Several years ago, the CJEU ruled in Akdas that such rules infringed Decision 3/80 as regards Turkish nationals who returned to Turkey. But could a dual citizen of Turkey and a Member State rely on that judgment, as a Turkish citizen – or would he or she be prevented from doing so, as a national of that Member State?


The CJEU bluntly tells Mr Demirci and his colleagues that they cannot rely on Decision 3/80 to object to the residence requirement imposed by the Dutch authorities (para 52). This is because, according to the Court, the objectives of the Decision and the EU/Turkey regime is to ensure the progressive integration of Turkish workers into the territory of the host Member State. The social security provisions consolidate that objective.


The Court provides two main reasons for this position. First, because Mr Demirci and his colleagues had acquired Dutch nationality they are in a particular situation as regards the Agreement. Citizenship is ‘the most accomplished level of integration’ of a person into the host state (para 54). This new citizenship means that the former Turkish worker can now enter and reside freely in the Netherlands or indeed any other EU Member State where he or she might wish to go. Conversely, in Kahveci & Inan the Court did not accept the argument of the Dutch government that naturalisation is the pinnacle of integration. In that case AG Sharpston argued that naturalisation may be an indication that an immigrant is on his path to integration, but that is not the same as saying that he has become completely integrated. .


But as Turkish nationals, Mr Demirci and his friends could only live in Turkey or their host Member State (the Netherlands) and so they have no free movement rights. Further as such, they only benefit from certain rights in the host Member State. So, says the Court, for the purposes of paying them a benefit, it is reasonable for the national authorities to make this subject to the same rules as apply to all other Dutch nationals (para 57).


Secondly, dual Turkish/Dutch nationals would be placed in a better position than other EU citizens if they were allowed to have the top up benefit even though they did not fulfil the residential requirement (para 58). The right to export to Turkey social benefits in Decision 3/80, according to the Court, is a sort of compensation for the fact that Turkish nationals will no longer be able to return to and live in the host Member State. As the CJEU held in Bozkurt, a Turkish national ceases to be a protected person under Decision 1/80 if he or she becomes totally and permanently incapacitated for work (para 64). So there is a justification for applying different rules to those who are exclusively Turkish nationals as they have a much less secure residence status in the host Member State and no free movement rights in EU law. They therefore need the extra protection of the export right. For dual Turkish/Dutch nationals, they can always move back to the EU and fulfil the residential requirements for the top up benefit (even if they would rather not) (para 65).


As mentioned above, this judgment takes a different approach from the CJEU’s own jurisprudence in Kahveci & Inan where it held that dual Turkish/Dutch nationals were allowed to rely on their Turkish nationality for the purposes of the EU/Turkey family reunification rules, in order to benefit from the expulsion of Turkish workers’ family members, which are more favourable than the rules applying to the expulsion of the family members of Dutch citizens in the Netherlands. However, the CJEU is anxious to protect its ruling in Kahveci and goes to some lengths to explain why the finding in Kahveci is consistent with that which they were giving in Demirci (para 66). The argument goes like this. Family reunification enhances integration, for Turkish workers who are already legally integrated into the host Member State. Article 7 of Decision 1/80 deepens the last integration of a Turkish worker by granting to that worker’s family members, after three years residence, access to the labour force (para 67). So, acquisition of national citizenship could not be used as a reason to deprive the worker of the benefit of family reunification in Decision 1/80 (para 68). By contrast with the facts in Demirci, the family’s integration would be hindered if it was denied on the basis of dual citizenship. Further in Kahveci the person was seeking to benefit family members who are also Turkish nationals (para 70). Presumably this reasoning means that dual Turkish/EU citizens can also invoke the ‘standstill’ clause in the EU/Turkey association agreement, as interpreted last year in the CJEU’s Dogan judgment (discussed here), to avoid stricter rules for family reunion that apply to a Member State’s own nationals.


But in the case of Mr Demirci he can always go back to the Netherlands (or the EU) to satisfy the residential requirement to get the top up (para 69). Further all he and his colleagues wanted was a top up benefit for themselves (para 71). Finally, the CJEU considered that if Mr Demirci could rely on Decision 1/80 to have the top up benefit while not fulfilling the residential requirement, this would put them in a better situation than that of other citizens of the Union (and thus contravene Article 59 of the Additional Protocol to the EU/Turkey association agreement, which rules out Turkish citizens being better off than EU citizens).


The Court’s approach seems to be that there is something inherently wrong about letting Mr Demirci and his colleagues have their cake and eat it too. The arguments may not be the most compelling in the world but they show a clear judicial line. The CJEU will favour Turkish nationals living in the EU even if they have taken a second citizenship so long as this improves their long lasting integration. But they cannot rely on their Turkish citizenship after naturalization when what they seek is a financial benefit which is subject to a residential requirement for EU citizens (and which they do not fulfil because they have left the EU).


The Court appears to implicitly return somewhat to its reasoning in the Mesbah judgement of 1999, where it held that the Moroccan mother of a Belgian-Moroccan worker who was living with her son in Belgium could not rely on the clause prohibiting discrimination on grounds on nationality in the EEC-Morocco Association Agreement to claim a disablement allowance that under Belgian law was only granted to Belgian nationals. The Court in Demirci, however, does explicitly point to the difference with Kahveci & Inan: “[in] the present case, by contrast, the respondents in the main proceedings are relying on the provisions of Decision 1/80 on their own behalf and in their own interest” (para 70). The Court leaves the door open for the Turkish spouse of a Turkish/Dutch (ex-) worker to rely on Decision 3/80, because the spouse, not having Dutch nationality, would be unable to return to the Netherlands.
Conclusions


The most important thing to remember about the Demirci decision is that it does not undermine the Court’s judgment in favour of dual rights for dual citizens in Kahveci & Inan. Yes, Turkish nationals can rely on the EU/Turkey association agreement family reunion rules even after they have naturalized in their host Member State, provided they are allowed to have dual nationality (it isn’t yet clear if they could invoke the EU’s own family reunion Directive). But they cannot rely on their non-EU citizenship after they leave the EU to get around a national residential requirement for the export of a social benefit if such a requirement applies to nationals of the host Member State.