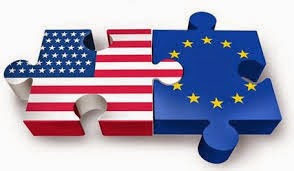 By Daniel Thym, Chair of Public, European and International Law, University of Konstanz


International treaties have rarely received more attention than the proposed free trade deals between the EU and the US and Canada. This entails that many law students and practitioners are confronted with a theme that does not feature prominently in legal education. In debates with students, I realise that preconceptions about the functioning of domestic legal systems are regularly projected upon the international sphere. One example is a demand that companies should challenge state action before domestic courts instead of dispute settlement bodies under the planned EU/US agreement (TTIP) and the proposed EU/Canada trade agreement (CETA). These claims often assume that national courts hold the competence to enforce corresponding rules. For lawyers working on domestic issues it seems self-evident that courts can apply the law.


Against this background, this blogpost focuses on a provision in the Draft CETA with Canada (Article 14.14: see the text below), whose relevance has not been acknowledged so far, including by the stimulating contributions to the Verfassungsblog Symposium on Investment Protection. On page 470 of the roughly 1600 pages of the consolidated CETA Draft Agreement, which the Commission regards as a template for free trade negotiations with the United States, we come across a final provision of seemingly minor relevance on ‘private rights’, which rejects the applicability of the agreement en passant. This reaffirms that the implications of the free trade deals would be less dramatic than some suggest.

In order to understand the relevance of Article 14.14 on private rights, we should apprehend that most segments of the free trade agreements would be binding upon Member States as an integral part of EU law. Axel Flessner may try to argue that the arrangements would constitute an ultra-vires-act (thereby initiating more tweets than any other contribution to the said symposium), but the plain Treaty text demonstrates that the legal picture is fairly evident. Article 207 TFEU declares that the EU’s Common Commercial Policy (CCP) allows for the conclusion of trade agreements on goods and services and embraces, among others, ‘foreign direct investment’, while Article 3 TFEU maintains that the conclusion of agreements in this area shall be an exclusive Union competence.


These provisions were a deliberate policy choice after decades of wrangles about the precise scope of the CCP. The Treaty of Lisbon was meant to replace earlier and ambiguous formulations with an overarching competence for the European Union. In its Lisbon Judgment, the German Federal Constitutional Court recognised the pertinence of this change: ‘With the exclusive competence as set out above, the Union acquires the sole power of disposition over international trade agreements which may result in an essential reorganisation of the internal order of the Member States.’ Judges in Karlsruhe gave the green light to the changes nonetheless, albeit with a minor caveat that ‘much argues in favour of assuming that the term “foreign direct investment” only encompasses investment which serves to obtain a controlling interest in an enterprise’ and excluded so-called portfolio investments (ie, non-controlling interests in companies) as a result.


This reference to the limits of the CCP is relevant, since it indicates, in general terms, that there remain uncertainties about the precise delimitation of competences for corollary aspects of international trade. For that reason, most national governments maintain that CETA and TTIP should be concluded as so-called ‘mixed agreements’, with the EU and all 28 EU Member States as signatories. If that view prevailed, national parliaments would have to give their consent as well. However, this would not modify the internal allocation of powers; the EU institutions are in the driving seat in the vast field of Union competence – both during the negotiations and with regard to legal effects. It is established case law that the legal effects of mixed agreements follow the rules of Union law for all matters that are covered by the Common Commercial Policy.

Domestic Application of Agreements concluded by the EU


It is true that the ECJ maintains that international agreements can have direct effect as an integral part of the Union legal order – and an example demonstrates that this can have critical implications: for example, judges in Luxembourg decided in July that Member States cannot automatically require the spouses of Turkish nationals to acquire basic language skills of the host country. Legally, this conclusion rests upon an interpretation of the so-called standstill provision for the self-employed in the Additional Protocol of 1970 to the Association Agreement between Turkey and today’s European Union. In the terminology of international trade law, the case concerned a so-called non-tariff barrier to the freedom of establishment. It is these non-tariff barriers that take centre stage in both CETA and TTIP negotiations (neither of the latter treaties will affect migration, though).


If the underlying legal arguments about direct effect and court jurisdiction extended to free trade deals with Canada and the United States, the implications could be dramatic indeed. Both the ECJ and domestic courts would hold the power to correct domestic or supranational legislation, whenever it falls foul of CETA or TTIP. Yet, this outcome is no foregone conclusion, since the ECJ opts for a direct applicability of international agreements ‘only where the nature and the broad logic of the latter do not preclude this.’ In deciding whether this is the case, the Court considers, among other things, the purpose of the agreement, the will of the parties and the question of reciprocity, i.e. whether the Union would be alone in recognising direct effect. Luxembourg may have largely ignored the question of reciprocity with regard to Turkey and other neighbours of the EU, but it traditionally takes centre stage in the evaluation of trade liberalisation agreements.

Article 14.14 of the CETA Draft Treaty

Once we have understood the far-reaching implications of direct applicability, we may appreciate the bearing of the clause on private rights in the final provisions of the consolidated Draft CETA Agreement, which states: ‘Nothing in this Agreement shall be construed as conferring rights or imposing obligations on persons other than those created between the Parties under public international law, nor as permitting this Agreement to be directly invoked in the domestic legal systems of the Parties.’


That is nothing less than the official denial of direct effect in the operative treaty text; neither the ECJ nor domestic courts would hold the power to apply CETA rules in domestic proceedings or to annul legislation which contradicts trade law. CETA and TTIP would get the same treatment that the ECJ accords to WTO law, which also does not have direct effect in the EU legal order and the domestic legal systems of the Member States – not even in situations, in which the appellate body of the WTO Dispute Settlement Mechanism confirmed that EU legislation falls foul of WTO standards.


Denial of direct effect is an important stumbling block for the long-term success of any free trade agreement, especially when it comes to the elimination of non-tariff barriers to trade, since corresponding rules are often formulated in an open manner. The real-life implications of such vaguely formulated provisions depends decisively upon the continued will of the parties and the availability of control and enforcement mechanisms – as the experience with non-tariff barriers to trade in the EU single market and the example of language requirements for spouses of Turkish nationals demonstrate. Without institutional control mechanism, vague treaty formulations are often ineffective.

Implications for the Debate about Investor-State-Dispute Settlement

In the light of Article 14.14 of the CETA Draft Agreement, we may have to re-consider our perspective on the proposed investor-state-dispute settlement rules in both CETA and TTIP. Critics will use the absence of direct application as an argument to decry the special treatment for investors; supporters, by contrast, will argue with the Commission that the dispute settlement bodies are a compensation for domestic legal remedies, which would not be available for the substantive rules of CETA and TTIP. I personally share the opinion of Christian Tams that the debate should focus on the desirability of special rules for investors (and not the question of procedure). The latter may be superfluous in relations with the US and Canada, but to abandon them would render it difficult to insist upon similar provisions in negotiations with China, Russia or other states we trust less.


In any case, the absence of direct effect in domestic proceedings shows that the legal implications of CETA and TIIP would be less dramatic than some commentators in the public debate suggest. Courts in Europe would not hold the power to annul domestic or supranational legislation, which violates the agreements – a power that also the dispute settlement bodies would be denied explicitly, together with the option for the state parties to force their reading of the agreements upon the arbiters by means of an authoritative interpretation. This would orientate the dispute settlement rules in CETA and TTIP towards inter-state bargaining, pretty much like in the WTO context.


The denial of direct application demonstrates that both the CETA Draft Agreement and the TTIP negotiation position are far removed from resembling anything like EU-style integration through law – and I consider this to be a good thing given that any dynamic interpretation would lack much of the democratic legitimacy and procedural constraints, which we have, notwithstanding all the deficits, in the European context. It seems to me that it is the biggest benefit of the debate about CETA and TTIP to this date that the broader public has started discussing the governance of economic globalisation. That debate will stay with us, even if an seemingly unimpressive provision on page 470 of the CETA Draft Agreement excludes the domestic enforcement of the transatlantic trade rules.


This blogpost has been published previously on ‚Verfassungsblog – On Matters Constitutional‘