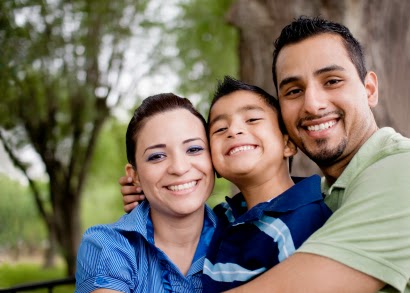 
It’s been well over twenty years since the CJEU established, in the case of Francovich, that individuals could sue Member States in damages for breach of EU law. Yet many of the cases concerned have been brought by businesses for lost profit. The CJEU has never had the opportunity to apply the principles relating to damages claims in a case concerning the free movement of EU citizens.


But in its recent judgment in Ogieriakhi, the Irish High Court delivered a ruling on this issue, awarding over €100,000 to the family member of an EU citizen for breach of EU free movement law. This judgment isn’t a precedent as such outside Ireland, but it is a useful indication of how such claims might be made. So I suggest below how it might be particularly relevant to some of the UK's current breaches of EU free movement law.


The Irish judgment follows the CJEU’s ruling earlier last year in the same case (discussed here), which answered the High Court’s questions as regards substantive free movement law and damages issues. Mr. Ogieriakhi had been married to a French citizen in Ireland, then separated from her for several years while living with an Irish woman. Ultimately he got divorced from his French wife, married the Irish woman he had established a family with, and became an Irish citizen.


But in the meantime, he lost his job in the Irish post office, purely on the grounds that he was not legally entitled to be employed. He had been denied a renewed residence permit and had failed in his application to be considered a permanent resident on the basis of the EU citizens’ Directive, which awards that status to third-country national family members of EU citizens after five years’ legal residence.


In light of developments in CJEU case law, he brought a claim for damages for loss of his job, which was the basis for the High Court asking the CJEU to clarify the substantive free movement law and damages issues. The CJEU ruled, following prior case law, that (a) third-country national family members of EU citizens still had free movement rights as long as the marriage was not formally dissolved, and (b) permanent residence could be acquired on the basis of time spent entirely before the deadline of 30 April 2006 to apply the EU citizens’ Directive, which created the notion of permanent residence. The Irish implementation of the Directive had taken a more restrictive approach on the latter point.


Applying the principles in turn, the permanent residence rules in the citizens’ Directive aimed to confer rights on individuals. On the second point, the case law of the CJEU on damages says that there must be a manifest and grave disregard of the limits of Member States’ discretion, considering the clarity and precision of the rule breached, the degree of discretion left to Member States, whether the breach was intentional or excusable, the position of EU institutions and the existence of prior case law of the CJEU on the issue. A continuation of national breaches of EU law after a CJEU judgment will always constitute a sufficiently serious breach. In this case, Judge Hogan ruled that: the EU legislation was clear and precise; there was no national discretion; and the breach was not excusable, even though the CJEU did not confirm that pre-2006 periods of residence counted until 2010, since this should have been clear enough from the wording of the Directive. Finally, it was clear on the facts that Mr. Ogieriakhi only lost his job due to the breach of EU law.


The judge then had to assess the amount of damages payable. Mr. Ogieriakhi had been unable to find work in the difficult economic climate in Ireland, and so was able to claim for several years’ lost wages. To a limited extent, he had failed to mitigate his losses, and so the award was reduced a little as a consequence. The final result was six years’ lost wages, amounting to €107,905, along with a further €20,000 for breach of Irish constitutional law (right to a good name).


This judgment shows how significant EU law can be in individual cases, in particular in the area of free movement of people. €127,000 is a small sum for a large corporation but a substantial amount for people of modest means, like the Ogieriakhi family. Moreover, Mr. Ogieriakhi doesn’t have to share any of this sum with lawyers, since he represented himself (congratulations to him for his success – and to those in Ireland who obviously taught him EU law very well). Of course, the award shouldn’t be regarded as an unjustified windfall, since it mostly constitutes money that Mr. Ogieriakhi would have earned if he had not been unlawfully dismissed due to breach of EU law.


For the first category of people (often known as Surinder Singh cases), the CJEU clarified last spring (as discussed here) that in principle it should be sufficient for them to spend three months in another Member State exercising free movement rights with their family members.  Then they could return to their home state. The CJEU judgment concerned a Dutch case, and I don’t know what the consequences have been in the Netherlands. But the UK government has continued to apply a ‘centre of life’ test that seems to be clearly more restrictive than the test in the Court’s judgment.


For the second category of cases, the CJEU ruled in December in McCarthy (discussed here) that the family members should not have to obtain a visa, if they had a residence card in their country of origin issued to family members of EU citizens. This was a UK reference, but the UK courts have not followed it up yet. Nor has the UK government changed its practice, as far as I know.


So let’s apply the EU damages principles to these two breaches of EU law. In the first case, the right to return to the UK is based on the Treaty rules on free movement of people, which clearly aim to confer rights on individuals. Any delay in returning to the UK with family members is in principle caused by the UK’s wrongful application of EU law, although there might be other reasons in individual cases why people delayed their return (finding work back in the UK, finishing school years, and so on). As for the ‘sufficiently serious’ requirement, it is clearly met since the Court’s ruling last year, but it harder to argue that it applied before that date, due to the lack of legislation on this issue and the lack of clarity before the Court’s judgment. The calculation of damages due to the UK’s breach of EU law will depend on each case, and it might be harder in many cases to show losses as compared to the Ogieriakhi judgment, where the total absence of work was solely attributable to breach of EU law, and the resulting damages were fairly easy to calculate.


In the second case, the right to visit the UK without a visa is clearly a rule intending to confer rights on individuals. Any costs incurred to get a visa (mainly travel to a consulate) are clearly directly attributable to the breach of EU law by the UK. The breach of EU law is sufficiently serious since the McCarthy judgment, but in this case it is arguably sufficiently serious beforehand. It is blatantly obvious from the wording of the citizens’ Directive that third-country national family members with a residence card do not need a visa, and there is no provision in the Directive for the UK practice of requiring a family permit as a separate requirement for a visa exemption. Equally it was clear from prior CJEU case law that the concept of ‘abuse of rights’ could only apply in individual cases.


As always on this blog, the suggestions above do not constitute legal advice, and anyone considering legal action should consult a lawyer (unless they are sure that they can represent themselves as well as Mr. Ogieriakhi did). I don’t practice law, so this isn’t an attempt to drum up work for myself. Rather my concern is not only for the individuals who ought to be compensated for the losses caused by the illegal actions of the UK, but also for the broader principle of the rule of law. It simply is not acceptable for the UK government to flout its legal obligations as long as it has, and the more legal proceedings aiming to pressure it to comply with those obligations, the better.