Who has jurisidiction to regulate satellite broadcasters? 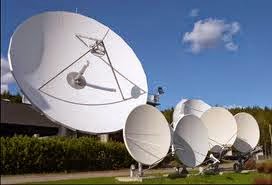 The current regulatory framework for electronic content is broadly divided into two: content and infrastructure.  This bifurcated design, in theory, allows platforms to be regulated in a comparable way rather than be subject to different rules based on the content they carry.  Essential infrastructure (electronic communications) is subject to a market based approach (the so-called ‘communications package’) and content is subject to specific minimum standards regulated in the country of origin (the audiovisual media services directive (AVMSD) and the e-commerce directive).

In both instances the regulatory framework is provided by EU secondary legislation (mainly directives), but it seems that the different measures ascribe regulatory competence as between Member States differently, and allow a regulator different scope of action. Moreover, there is not an exact fit with the underlying treaty free movement provisions.  This horizontal divide based on a service and technology neutral approach is neither as simple nor as complete as policymakers might have hoped, bearing in mind the range of intermediaries operating in the market and the range of services each operator might provide. The result is that there are unclear boundaries as to the applicable law and, as corollary of that, the relevant regulator. The difficulties are exemplified in the recent CJEU judgment in Case C-475/12 UPC v. NMHH.

UPC is essentially a retailer of electronic content: it provides packages of radio and audio-visual broadcast services transmitted via satellite and subject to conditional access technology (ie, a requirement to pay for a subscription).  Following a company restructuring, consumers in Hungary were provided with the service by a UPC subsidiary based in Luxembourg.  Following complaints by Hungarian consumers, the Hungarian communications regulator, NMHH, asked UPC for information which UPC refused to supply on the basis that NMHH was not the competent regulator, either in terms of the substance of the service and regulatory framework, or in terms of geographic jurisdiction.  UPC claimed that the Luxembourg authorities, if any, should regulate and that the Luxembourg authorities had stated that they had regulatory competence. NMHH fined UPC for non-compliance.  UPC appealed and the matter came before the Hungarian courts. The questions referred fell into two groups: on the scope of the communications package (specifically the FrameworkDirective (FD) on telecom regulation); and on its relationship with the underlying Treaty free movement provisions. The questions referred are:

Although from the perspective of the consumer, UPC looks like a broadcaster, UPC does not take editorial responsibility for the content of the programmes, so it does not fall to be regulated under the AVMSD (which in any event does not cover radio). In ruling so here, the Court follows its previous judgment in Case C-518/11 UPC Netherland.  The definition of ‘electronic communications service’ for the FD encompasses services normally provided for remuneration which consist wholly or mainly in the conveyance of signals on electronic communications networks, including transmission services in networks used for broadcasting, but excludes services providing, or exercising editorial control over, content transmitted using electronic communications networks.  The Court’s phraseology on this point (paras 36-39 of the judgment) is opaque, talking in terms of ‘not excluding’ the communications package. So while that package applies here, the question remains open the extent to which AVMSD or other content based provisions can also apply to content retailers, depending on the nature of the service provided. Of course, were UPC to have been deemed to be responsible for content within the AVMSD, it would probably have been subject to the regulation of the Luxembourg authorities, since that Directive usually confers jurisdiction upon the broadcaster’s country of origin.

Having excluded broadcasting, the question still remained as to whether UPC fell within the Communications Package, a question which turned on the meaning of ‘electronic communications service’ in Art. 2(c)FD.  Here, however, the point at issue was the fact that UPC did not use its own transmission facilities but contracted with a third party for satellite services. The Court, reasoning to ensure the effectiveness of the regime, agreed with the approach suggested by the Advocate General and held that use of third party facilities was irrelevant to the classification of the service. The defining criterion of the electronic communication service is whether the provider is responsible as regards end-users for transmission of the signal to provide the relevant service.

So, the Communications Package applied, but this still left the issue of whether the Hungarian authorities could regulate (and if so, to what degree). The FD contains no attribution of jurisdiction in the way, for example, the AVMSD does.  The CJEU dealt with this aspect by considering the powers of the national regulatory authorities, in particular as regards authorisation.  It noted that the Authorisation Directive (which forms part of the Communications Package and deals with the granting of licences and other forms of authorisation to provide relevant services) does not oblige the national authority of the jurisdiction in which the services are provided to recognise authorisation decisions taken in the Member State from which they are supplied (judgment, para 86) – here referring to the Luxembourg authorities’ statement that they had regulatory competence in relation to UPC.  As a result, Member States in whose territory the recipients of services reside may impose conditions on the provision of those services, as permitted by the Communications Package.  Under Article 11b Authorisation Directive, these include provisions to the effect that national authorities may request from undertakings information that is proportionate and objectively justified for verification of compliance with conditions relating to consumer protection.  In sum, the supply of electronic services may be monitored by the authorities of the Member State in which the recipients of the service reside.

The Hungarian court asked whether Article 56 TFEU precluded rules which require undertakings which supply electronic communications services in the territory of a State to register those services, or rules requiring them to establish in that State a branch or a legal entity separate from that located in the Member State of transmission.  Note that where there has been full harmonisation via directive, only those rules in the relevant legislation are permitted; otherwise, some recourse to national law is permitted. The Communications Package also envisages the possibility of further national regulation, in addition to that specified by the package (recital 7 and Article 1(3) Framework Directive), and further provisions allow the regulatory authorities discretion to take action to further general objectives, including protecting the consumer interests.   This means that the area has not been totally harmonised and that any national rules in this area fall to be assessed by reference to the relevant Treaty freedom: here, services (see e.g. Case C‑17/00 De Coster; Case C‑250/06 United Pan-Europe Communications Belgium and Others).

The normal rules governing the freedom to provide services allocated regulatory responsibility to the Member State of establishment, and that secondary regulation must take into account home state regulation.  There is clear potential for abuse here, and there has been a stream of cases in the broadcasting sector in particular, where companies have established in a Member State with a favourable regime and ‘broadcast back’ to a particular State. The Court has only rarely accepted that this is abuse or, alternatively, that such a company is actually established in the destination state.  These arguments were unsuccessful here, even though UPC does not provide services within Luxembourg; this is very much in line with the Court’s standard approach.

Note that  application of the Treaty freedoms might have led to a different result.  In Canal Satellite Digital (Case C-390/99), the Court held that a requirement on the operators of conditional access systems to register before carrying out services, in order for the Spanish authorities to check technical competence, in relation to a service provider established in another Member State, would not be proportionate if it duplicated checks in the home Member State.

Finally, the Court ruled that the requirement for an establishment is not specified by the Communications Package, so it does fall to be assessed by reference to the Treaty freedoms. While requiring an establishment may lead to more effective monitoring of authorisation conditions, such extensive monitoring is not justified.  In any event, an establishment requirement ‘is the very negation of the freedom to provide services and has the result of depriving Article 56 TFEU of all effectiveness’ (judgment, para 104) and cannot therefore be permitted under the Treaty.


The judgment in this case shows the importance (and complexity) of determining whether (and to what extent) a particular field of law is harmonised by EU secondary legislation, and therefore to what extent it remains regulated by the Treaty freedoms; and also the importance of determining which specific secondary legislative regime applies. It is interesting to note that although the EU took what might be termed a 'light touch' approach to telecom regulation in general, basing the system on competition law and policy principles, and assuming a distinction between the public interest and the use of that system, that process is not complete. In particular, the communications package allows space for a range of consumer protection issues and it is this, ironically, which gives more regulatory power to the receiving State than the Treaty freedoms or the audiovisual services legislation does.