Is there a right to be a member of a national parliament and the European Parliament simultaneously? 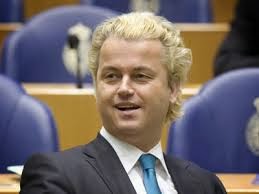 It was announced last week that Geert Wilders, the head of the Dutch PVV and a newly elected Member of the European Parliament (MEP), would bring legal challenges to assert a right to be an MEP while also continuing to be a member of the Dutch national parliament. Is there such a right?

The starting point is Article 39 of the EU Charter ofFundamental Rights, which provides that every EU citizen ‘has the right to vote and stand as a candidate’ for elections to the European Parliament. If that right were unlimited, then Wilders would of course win his case (assuming, logically enough, that the right to ‘stand’ as a candidate entails a right to sit as an MEP, if elected, as its obvious corollary).

However, most rights in the Charter are not unlimited. Article 52 of the Charter sets out (among other things) the rules on limitations of rights. Article 52(2) specifies that the rights ‘based on’ the EU Treaties ‘shall be exercised under the conditions and within the limits’ of the Treaties. More generally, Article 52(1) specifies that any limits on Charter rights must be provided for by law, not deprive the right of its essence, have a public interest objective and be necessary and proportionate to meet that objective.

The Court of Justice of the European Union (CJEU) has not yet clarified the relationship between Article 52(1) and (2). In the Commentary on the Charter, I suggest that Article 52(2) is lex specialis, with the consequence that the limitations on rights based on the EU Treaties which are set out in EU legislation are prima facie valid, without having to consider the issue any further. As we will see in a moment, that interpretation would instantly decide the Wilders case.

However, it’s arguable, in the absence of clarification from the CJEU, that those limitations also have to comply with the general rule on limitations on Charter rights set out in Article 52(1). So I will consider that possibility also.

The source of the ban on the ‘dual mandate’ (ie being an MEP and national MP simultaneously) is the 2002 Council Decision which amended the 1976 Decision on elections to the European Parliament (see the consolidated text of the Decision). Article 7(2) of that Decision sets out a rule of incompatibility between being an MEP and a member of a national parliament, as from the 2004 election to the EP. There is a transitional rule for the UK (since expired) and an indefinite special rule for Irish MEPs: they can retain a dual mandate until the next Irish election following their election to the EP.

According to the explanations to the Charter, which the CJEU constantly relies on to interpret it, Article 52(2) means that rights derived from EU citizenship in particular (such as the Article 39 right) remain subject to the limits and conditions in the Union law in which they are based. So that is the end of Wilders’ argument.
But what if such conditions also have to meet the conditions set out in Article 52(1)? First of all, the limitation on the dual mandate is obviously ‘prescribed by law’. It doesn’t destroy the essence of the right to stand as an MEP, since there is no requirement to give up a national seat before standing. Nor does it destroy the essence of the corollary right to serve as an MEP once elected, since the person concerned can always do so if he or she is willing to stand down as a national MP.

Does it serve a legitimate public interest? Surely, yes: despite all the derision heaped upon national parliamentarians and MEPs, both jobs are full-time and demanding, and cannot be done simultaneously. In light of that consideration, it’s hard to avoid the conclusion that the limitation is necessary and proportionate.
There is a possible issue of equality though (see Article 20 of the Charter). It is odd that Irish MEPs are subject to a special rule that allows them to hold a dual mandate, potentially for several years. Of course, the principle of equality could equally be satisfied by ruling that the Irish exception is invalid. At most, it would mean that Wilders could hold the dual mandate until the next Dutch elections, not indefinitely.

Admittedly, the Council Decision does not rule out holding other full-time jobs, besides national parliamentarian, EU official or member of a national government (Article 7(1)). Again, though, the principle of equality could equally apply so as to extend to a ban on holding such jobs as well.

What about other sources of law? Any right to hold a dual mandate that might arguably be conferred by the Dutch constitution is irrelevant, due to the supremacy of EU law. The CJEU established last year, in the Melloni judgment, that Article 53 of the Charter, although it refers to national constitutional rights, does not give them priority over EU law when EU law has fully harmonised an issue.  As for the ECHR (referred to in Article 52(3) of the Charter), it has not ruled on the dual mandate issue as regards national parliaments and the European Parliament.

Finally, it should be noted that the above conclusions would apply to any politician, whether I dislike their politics (as in Wilders’ case) or whether I fervently support them.
Posted by Steve Peers at 03:14