The Blue Card Directive on highly-skilled workers: why isn’t it working, and how can it be fixed? 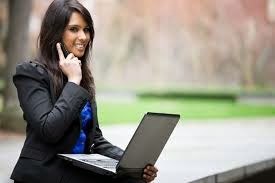 Back in 2009, the EU adopted the so-called ‘Blue Card’ Directive on highly-skilled third-country nationals.  This Directive is a key part of the Commission’s policy plan on legal migration, which subsequently also led to the adoption of the single permit Directive, the seasonal workers Directive and the intra-corporate transferees Directive.

According to its preamble, the Blue Card Directive aims to ‘attract and retain’ highly-skilled workers from the rest of the world to the EU. This objective is obviously an essential aspect of the EU’s labour migration policy. However, the Commission’s recent report on the Directive indicates that it has made little impact at achieving its intended objectives. So it is necessary to consider how the Directive ought to be amended to achieve them.

Implementation of the Directive

In practical terms, its impact has been limited, with only 3,664 Blue Cards issued in 2012, and 15,261 issued in 2013. Most have been issued by Germany and Luxembourg, and the main countries of origin are India, China, Russia, the USA and Ukraine.

The number of Blue Card holders can be affected in several ways. First of all, Member States have an option to set a quota for the number of admissions, and eight Member States have exercised it. Secondly, in order to avoid ‘brain drain’, Member States can enter into treaties with third states or opt to reject applications in national law on these grounds. No Member States have taken up the former option, and six have taken up the latter one, although none have actually rejected an application on these grounds. Given the low number of Blue Cards issued, the Commission is therefore surely right to conclude that for now, there is no indication that the Directive has led to a brain drain.

Thirdly, only two Member States have set higher salary thresholds than the usual rule (1.5 times the average salary) set in the Directive. Fourthly, most Member States apply some kind of labour market test before issuing a Blue Card. Fifth, while the Directive implicitly allows for renewal of Blue Cards, one Member State (Sweden) has set an overall time limit of four years for Blue Card holders, even though there is no explicit rule in the Directive on this point (as compared to the Directives on seasonal workers and intra-corporate transferees).

Next, fifteen Member States have implemented the option to withdraw the Blue Card if the holder needs social assistance, and two Member States applied a pre-existing national rule requiring applicants to apply from outside the country of origin. About half the Member States require a 90-day wait for a decision on the application, and just under half set shorter deadlines. Nine Member States do not grant equal treatment in employment after a two-year waiting period, and most require authorisation in the event of a change in employer within that period. A number of Member States do not grant equal treatment in education, and about half of the Member States limit the application of a rule permitting longer absences from EU territory as regards acquiring long-term resident status.

Overall, the Commission concludes that it is too early to assess the actual impact of the Directive in terms of attracting highly-skilled applicants. It is concerned about ‘flaws in the transposition, the low level of coherence, [and] the limited set of rights and barriers to intra-EU mobility’. To that end, it issues veiled threats about possible infringement proceedings, but it does not intend to propose amendments to the legislation for now.

What is the right immigration policy to attract highly-skilled migrants? In my assessment of this Directive in the Commentary on EU Immigration and Asylum Law, I examined the evidence in the Commission’s original impact assessment for this Directive, which suggests that the EU is comparatively weak at attracting highly-skilled migrants, in part due to its immigration regime. The main features of national immigration rules which attracted migrants were routes to permanent residence, geographical mobility, and the publicity effect of the schemes. Academic analysis also suggests that liberal rules on family reunion and job mobility are significant.

However, the main elements of the Blue Card proposal which aimed to attract highly-skilled migrants were dropped or watered down: a short decision-making deadline; a derogation from the salary threshold for younger workers; and the rules on in-country applications, job mobility and validity of permits.

The evidence as regards implementation of the Directive suggests that on most of these issues (except for in-country applications), most Member States apply the options in the Blue Card Directive in such a way as to deter applications. Moreover, the mere existence of competing national schemes dilutes the publicity effect of the Blue Card system.

Due to late implementation of the Directive and the absence of national statistics for 2013, it is too early to tell whether the use of national schemes for admission of the highly-skilled has actually declined following the implementation of the Directive. However, it is clear that the numbers admitted under the Blue Card system that year were less than the numbers admitted under national systems the year before. So it is clear that the Blue Card system has not by itself, at least initially, increased the total numbers of highly-skilled migrants entering the EU.

Interestingly, as discussed in a previous blog post, one of the candidates for Commission President, Jean-Claude Juncker, has specifically promised to re-examine this Directive, with a view to addressing demographic imbalances, providing a safe route to Europe and increasing the EU’s attractiveness to highly-skilled migrants.

What is the best route forward to this end? To increase the publicity effect of the scheme, it would be advisable to curtail or eliminate competing national schemes. To increase its attractiveness, it would be best to provide for: in-country applications for everyone legally resident or present in all Member States; shorter decision-making deadlines; a derogation from the salary threshold for younger workers; stronger rules on equal treatment as regards access to education and employment; a longer validity of initial permits; and flexibility to switch into self-employment, particularly if the migrant wants to establish a job-creating business.

Member States would still be able to address social and economic concerns about migration by their power to set quotas on labour migration (which is guaranteed by the Treaties) and to require a labour market test before issuing a Blue Card; and they still could use the options available in the Directive, if necessary, to prevent a brain drain from developing countries.

Whoever ends up in charge of the European Commission this autumn should move forward at an early stage to relaunch the EU’s flagship labour migration policy.