When does the EU Charter of Rights apply to private parties? 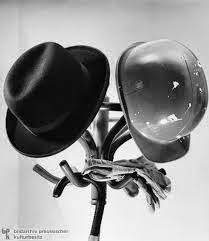 
The Court of Justice of the European Union (CJEU) has today further clarified the circumstances in which the EU's Charter of Rights can be invoked against private parties. In Association de Mediation Sociale (AMS), trade unions challenged a private employer's refusal to establish worker consultation pursuant to an EU Directive. The employer had acted consistently with French law, which had implemented the EU Directive but allowed exclusions for apprentices and other forms of special employment contract.

First of all, the CJEU ruled that the French law breaches the Directive, which does not provide for the exclusion of such categories of employee from its scope. But how can this breach of EU law be remedied, on the facts of this case? The Court states that while the relevant rule in the Directive is precise enough to have direct effect, Directives (following well-known and long-established case law) cannot be invoked against private parties.

Also, the CJEU confirms prior case law which states that the principle of indirect effect (as it is usually called), ie the requirement for national courts to interpret national law to be consistent with EU Directives, meets its limits where (as in this case) there is an unambiguous contradiction between the national law and the relevant EU Directive.

Towards the end of the judgment, the Court mentions the long-established prospect of suing a Member State for damages for its failure to implement a Directive correctly. However, on the facts of this case, it's hard to see how that remedy could work well. Perhaps the union or an employee could argue that if worker consultation had been established, it could have persuaded the employer not to make redundancies (for instance). But really what the unions seek to achieve here is to have worker consultation established in the first place.

So this brings us to the heart of the matter: does the EU Charter of Fundamental Rights affect the issue? Article 27 of the Charter states that:

'Workers or their representatives must, at the appropriate levels, be guaranteed information and consultation in good time in the cases and under the conditions provided for by Union law and national laws and practices.’

Previously, in the judgment in Kucukdeveci, building on its prior judgment in Mangold, the CJEU had stated that employees could invoke the principle of non-discrimination on grounds of age against private employers, and this principle is set out in the Charter (Article 21(1)). Can Article 27 of the Charter also been invoked against private employers?

No it can't. According to the Court, it's 'clear from the wording of Article 27 of the Charter that, for this article to be fully effective, it must be given more specific expression in European Union or national law'. More precisely, 'It is not possible to infer from that Article or the explanations to it' that the rule in the Directive is a 'directly applicable' rule which addresses a prohibition to Member States from excluding categories of employees when implementing the relevant Directive.

The CJEU distinguishes its prior judgment in Kucukdeveci, on the grounds that the principle of non-discrimination on grounds of age laid down in the Charter 'is sufficient in itself to confer on individuals an individual right which they may invoke as such.' Finally, the Court states that the Charter Article and the Directive cannot be combined to require that the national law breaching the Directive has to be set aside, because 'that [Charter] article by itself does not suffice to confer on individuals a right which they may invoke as such', so 'it could not be otherwise if it is considered in conjunction with that directive'.

The Court's judgment has clarified some key points. The old argument that the Charter can never apply to private parties at all, since Article 51 of the Charter (which sets out its scope) states that it is addressed to EU institutions and other EU bodies, plus the Member States only when they implement EU law - and so implicitly not to private parties - has surely been rejected by the Court here. While the Court does not reject this argument expressly, its judgment obviously assumes that the Charter can apply to private parties in some cases, otherwise why distinguish between Articles 21(1) and 27 of the Charter? The key point is that the underlying challenge here (as in Kucukdeveci) is to a law adopted by a Member State which breaches an EU obligation, so the Charter still applies to the dispute even on a narrow interpretation of Article 51.

The Court has also expressly rejected the argument - which was a reasonable extrapolation of its judgments in Mangold and Kucukdeveci - that somehow the legal effect of a Directive could be 'supercharged' when combined with a relevant provision of the Charter. Rather, the Court makes clear that the Charter Article must be judged separately.

Most importantly, we now have a test for determining whether Charter provisions can apply against private parties - whether the Charter provision requires 'more specific expression' in national or EU law on the one hand, or on the other hand whether the Charter Article is 'sufficient in itself to confer on individuals an individual right which they may invoke as such'.

The Court elaborates upon the first test, but not the second. It seems that Article 27 requires 'more specific expression' because neither that Article nor the explanations concerning it indicate that the key clause in the worker consultation Directive is a directly applicable prohibition against excluding categories of employees from that Directive.

With great respect, the Court's explanation cannot be taken literally. After all, the Charter and the explanations to it make few references to EU legislation, and none of those references indicate that the key rules in the legislation concerned are directly applicable. Most importantly, neither Article 21(1) of the Charter nor the explanations to it make any reference to the framework employment equality Directive (Directive 2000/78); and yet the Court confirms that Article 21(1) can be invoked in litigation brought against private parties.

Also, there's a dog that didn't bark in this judgment. Article 52(5) of the Charter sets out a distinction between the legal effect of 'rights' on the one hand, and 'principles' on the other. This distinction is the subject of much academic literature, and was extensively discussed in the Advocate-General's opinion, but the Court doesn't mention it. Neither - for obvious reasons - does the Court mention the Protocol limiting the legal effect of the Charter in the UK and Poland. But of course it could arguably be relevant in litigation in those countries which seeks to apply the Charter against employers.

The Court has begun to answer some key questions about the horizontal effect of the Charter. This is an improvement from the most recent judgment on this issue (Case C-282/10 Dominguez), which avoided answering any of them. But the answers in the ASM judgment raise many further questions in turn, which the Court will surely be called upon to resolve in future.