Is readmission linked to development? 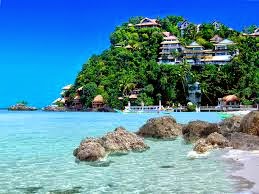 Given the addition of these new topics, and the expansion of detail on other topics, the issue arises whether (like the previous generation of treaties) the legal base for the treaties concerned should be trade and development alone, or whether other legal bases must be included. Unsurprisingly, the Commission takes the former view, and the Council takes the latter. In fact, the same issue has arisen in respect of some recent association agreements, although they are not at issue in this case and are subject to a different legal base.

The starting point of the A-G's analysis is the CJEU's prior judgment of 1996 in Portugal v Council, in which the Court ruled that the EU's development policy legal base could apply to the conclusion of a treaty with India which included provisions on issues like energy and culture, along with a clause on suspension of the agreement on human rights grounds. The core of the Court's reasoning was that a development policy treaty could include general provisions on issues like energy and culture, as long as cooperation on these issues contributed to the development of the countries concerned, but if there were any detailed commitments on such issues in the treaty, other legal bases would have to be added. Furthermore, it was acceptable for such treaties to include a clause allowing for their suspension on human rights grounds.

Applying that prior case law to the PCA with the Philippines, while the provisions in that treaty on transport and the environment are more detailed than those in prior development policy agreements, the A-G argues that such clauses still set out only general obligations, and still contribute to the development of that country. The Council also raised arguments about the impact of the clause allowing the PCA to be suspended in the event of concerns about human rights, democracy and the rule of law, but the A-G does not believe that should affect the legal base for signing the agreement.

The provision in the PCA on immigration raises more difficult issues. The A-G draws a distinction between the more general paragraphs on immigration management, and the more specific paragraphs dealing with readmission. The former clauses do not set out precise legal obligations, while the latter do: the parties have agreed to take back their own nationals who stay on the territory of the other parties without authorisation, and have agreed to negotiate a readmission treaty. In the A-G's view, these clauses don't contribute to the development of the Philippines either. In fact, they only serve the EU's interest.

But having said that, he still concludes that the Council should not have added a separate legal base for the readmission clauses, since (following other prior case-law) this issue is ancillary to the main thrust of the agreement. In particular, he reaches this conclusion because the EU only obtained the Philippines' consent to the readmission clauses in return for the Union's commitments as regards development in the rest of the PCA.

Why did the Commission bring this action? It is not contesting the nature of the PCA as a 'mixed agreement', ie concluded by the Member States as well as the EU. Also, the inclusion of the extra legal bases did not change the voting rules in the Council, as it will still vote by a qualified majority regardless. Anyway, as long as the Member States are party to the agreement, there is de facto unanimous voting, since they act by common accord.

The Commission may have an agenda to reduce the use of the transport legal bases in agreements which also relate to trade, given the 'transport services' exception in the Treaty rules relating to the common commercial (external trade) policy, which sullies the purity of a key EU external competence which would otherwise be purely exclusive. This makes sense, but the EU's free trade agreements usually include detailed commitments on trade in transport services, so the transport services exception is surely applicable. On this point, the better strategy for the Commission would be to propose internal EU legislation which more fully harmonises the regulation of transport services to and from third countries. If and when such legislation is adopted, the EU would gain exclusive external competence over this issue via the normal (ERTA) route. Of course, this is easier said than done.

Leaving aside the specific issue of transport services, perhaps the Commission wants to reduce the use of additional legal bases besides the common commercial policy in the EU's free trade agreements more generally (although the PCA with the Philippines is not itself a free trade agreement), given that such clauses are seemingly usually added in order to trigger mixed competence between the EU and the Member States (and therefore give Member States a veto). The most egregious example of this is the bizarre cultural protocol attached to the EU/Korea free trade agreement. If the Court follows the A-G's opinion in this case, the Council's ability to do this will be restrained a little, although the Member States can still get their way on this issue if they insist on attaching a protocol with sufficiently detailed obligations in the extraneous field.

This brings us to the key issue of external migration, in particular readmission. The effect of including legal bases on this issue is that the UK, Ireland and Denmark have an opt-out from legal rules concerned. In practice, the UK tends to opt in to EU readmission agreements anyway, so this is more a point of principle for that Member State.

Is the Opinion convincing? Certainly the PCA does not contain detailed rules on transport or the environment (compare it to the EU's aviation liberalisation treaties with third States, or international environmental treaties), and cooperation on such issues will surely aid the Philippines' development. Of course, increasing transport to and from the country and protecting the environment there may well be contradictory objectives, but the list of EU external objectives in Article 21 TEU is rife with such contradictions.

It could be added that including environmental provisions in the PCA is consistent with the obligation to integrate environmental protection into all EU polices. The A-G is also surely right to say that improving transport security and safety will aid the Philippines' development: no-one will want to fly there if their plane is liable to crash or be blown up.

As for the immigration clauses, the migration management rules are not only not very precise; it could be added that they are closely related to the development of the Philippines. However, the A-G's arguments relating to the readmission clauses are, with great respect, not convincing. It is true to say that they set out precise obligations and do not aid the Philippines' development, but then the A-G does not draw the obvious conclusion that a specific legal base concerning immigration is therefore necessary. While is certainly true that the readmission clauses and the development policy commitments are linked politically, it does not therefore follow that the legal base of the former clauses should change.

One final thought: the judgment in this case, whichever party is successful, could be an opportunity for the Commission to suggest a relaunch or review of the EU's policy on external migration management and/or readmission. For instance, why not adopt EU legislation setting out specific rules on coordination of Member States' external migration treaties? (Such legislation exists in a number of other EU policy fields). This can be justified as a necessary feature of the development of a common EU immigration policy, and would be an opportunity in particular to ensure that such treaties are consistent with the human rights obligations of the EU and its Member States.

Update: the CJEU gave its ruling in this case in September 2014. See comments on the ruling here.