Residents of everywhere? The CJEU rules on loss of immigration status due to absence from the territory 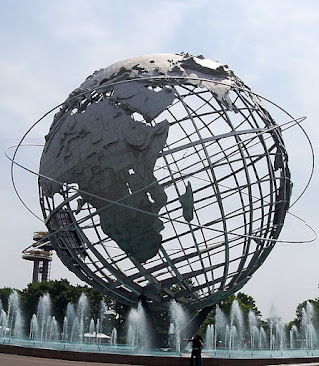 Immigration status is often lost due to a certain period of absence from the territory of the country which granted it. But what if that absence is briefly interrupted? The CJEU addressed that issue in a recent judgment concerning non-EU citizens with EU long-term resident status – which may also be relevant to those covered by EU free movement law and the Brexit withdrawal agreement.

The recent judgment interpreted the EU’s long-term residence (LTR) directive, adopted back in 2003 and amended in 2011 to include refugees and people with subsidiary protection, which the Commission plans to propose amendments to in April. Ireland, Denmark, and the UK (when a Member State) opted out of the legislation – although the Directive is now relevant to British citizens as non-EU citizens (I previously discussed its application to UK citizens here).

After five years’ legal residence, the Directive provides that non-EU citizens can apply for long-term residence status in a Member State, subject to meeting certain conditions, which guarantees them a degree of equal treatment, a modest facilitation of the prospect of moving to another Member State (falling short of free movement law), and some protection against expulsion. The Directive exists alongside national forms of permanent residence, so not all those eligible for it will have it: some will have the purely national version.

Once obtained, how can EU long-term residence status be lost? Article 9 of the Directive provides that it is lost or withdrawn due to fraud, expulsion, or ‘in the event of absence from the territory of the Community for a period of 12 consecutive months’ (emphasis added). Member States may provide that ‘absences exceeding 12 consecutive months or for specific or exceptional reasons’ do not lead to loss or withdrawal. They may also remove the status where there is a ‘threat to public policy’ due to serious offences, falling short of the threshold for expulsion. LTR status from one Member State is also lost once it is obtained after gaining it from another Member State after residing there.

There is a second provision on absence, providing that LTR status is lost after six years’ absence from the Member State that granted it – although a Member State may provide that the status is nevertheless retained ‘for specific reasons’. (This appears to be limited to cases where the LTR status holder moved to another Member State). As regards both of the rules on absences, Member States ‘shall provide for a facilitated procedure for the re-acquisition of long-term resident status’, which ‘shall apply in particular to the cases of persons that have resided in a second Member State on grounds of pursuit of studies’. However, the conditions and procedure for re-acquiring this status ‘shall be determined by national law’.

Finally, LTR status cannot be lost solely due to the expiry of an LTR residence permit, and if the loss of LTR status does not lead to removal, ‘the Member State shall authorise the person concerned to remain in its territory if he/she fulfils the conditions provided for in its national legislation and/or if he/she does not constitute a threat to public policy or public security’.

The recent judgment concerned a Kazakh citizen with LTR status from Austria. He applied for renewal of his permit in 2018, but the Austrian authorities turned his application down in 2019 because, for the five-year period between August 2013 and August 2018, he had only spent a few days each year within the EU. He argued that the ‘absence’ exception must be interpreted strictly, so that a return to the EU territory for only a few days within each year was sufficient to interrupt the break, and justify the continuation of his LTR status. In his view, it was not necessary to show that he was ‘physically established’ or had his ‘habitual residence’ in the territory. The national court (the Administrative Court of Vienna) was sympathetic to this interpretation, but asked the CJEU questions to confirm it.

In the Court’s view, in the absence of any reference to the national law of Member States, the concept of ‘absence’ had to be ‘regarded as an autonomous concept of EU law and interpreted uniformly throughout the European Union…taking into account the wording of that provision, its context, and the purpose of the rules of which it forms part’.

Starting with the wording of the clause, most language versions used a term ‘equivalent’ to ‘absence’. The Court noted that ‘the usual meaning of that term in everyday language’ was ‘the physical ‘non-presence’ of the long-term resident concerned in the territory’ of the EU; hence ‘any physical presence of the person concerned in that territory is capable of interrupting such an absence’. Although the German and Dutch language versions of the Directive used words which implied instead ‘staying or remaining’ on EU territory, ‘and could therefore, depending on the context, imply a more permanent presence than a physical presence of any duration’, those words could also refer to ‘a mere physical non-presence’; and other parts of the German and Dutch language versions of Article 9 did use words ‘which correspond to the concept of ‘absence’’.

Secondly, the context of the Directive provided for the permanence of LTR status, ‘subject to Article 9’. So permanent LTR status was ‘the general rule’, and Article 9 was a ‘derogation’ which must be interpreted ‘strictly’. This ‘suggests that there should not be a broad interpretation of Article 9’, ie it is should not be interpreted to mean that ‘mere physical presence’ was insufficient to interrupt absence from the EU.

Finally, as for the objective of the Directive, the preamble stated that it aimed at integration of long-term resident non-EU citizens into the territory of the EU, by bringing their status closer to that of EU citizens and ‘establishing equal treatment with the latter in a wide range of economic and social fields’. This supported an interpretation of Article 9 to mean that those who have demonstrated they are sufficiently ‘settled’ to obtain LTR status ‘are, in principle, free, as are EU citizens, to travel and reside, also for longer periods, outside the territory of the European Union, without that thereby entailing the loss of their long-term resident status’, subject to not being absent for 12 consecutive months.

Also, the objective of legal certainty – which the preamble refers to as regards procedural rights – must also apply to the issue of loss of the status (referring to the Commission’s proposal, which stated that the sole grounds of losing LTR status should be listed in the proposal). The Court’s interpretation best met the objective of legal certainty, as the ‘maintenance of’ LTR status was ‘dependent on a clear, precise and predictable criterion relating to a simple objective event’.

Finally, the purpose of the absence rule was to prevent non-EU citizens from keeping LTR status where it no longer served any purpose in achieving the objective of integration.  It referred to the purpose of the parallel clause on the loss of permanent residence status under EU free movement law, ie justification for that loss because ‘the link with the host Member State is loosened’.  Although the free movement Directive and the long-term residence Directive

…differ from one another in terms of their subject matter and objectives, the fact remains that, as the Advocate General also pointed out, in essence, in points 40 to 43 of his Opinion, the provisions of those directives may lend themselves to a comparative analysis and, where appropriate, be interpreted in a similar way, which is justified, in particular in the case of [the provisions on loss due to absence], which are based on the same logic. [para 43]

It followed that the link is loosened only after an absence for 12 consecutive months; and to interrupt that absence, ‘it is sufficient for the long-term national concerned to be present…in the territory of the European Union, even if such presence does not exceed a few days’. This must, however, ‘be distinguished from the situation where there is evidence that such a resident has committed a misuse of rights’, although there was no evidence of such a misuse in this case.

The Court’s reasoning in this judgment is largely convincing. Its approach to interpreting the wording of the law is consistent with prior judgments, as regards a uniform interpretation under EU law in the absence of a reference to national law, and siding with the majority of language versions – and furthermore, as the Court points out, the German and Dutch language versions do not unambiguously suggest the opposite interpretation either. As for the context of the law, both the ‘interpret the rule widely/interpret derogations strictly’ approach and the a contrario approach (where the drafters wanted to specify there were requirements beyond mere presence on the territory, they expressly did so) are consistent with the Court’s usual canons of interpretation.

On the other hand, its analysis as regards the objective of the Directive is less persuasive. It starts out by referring to the objective of integration, which may point to the opposite interpretation to that which the Court reaches: can it easily be argued that a non-EU citizen who spends only a few days a year on EU territory for a five-year period is still integrated into a Member State’s territory? The Court narrowly avoids painting itself into this corner by framing integration as a form of equality with Member States’ citizens, who can come and go as they please without losing citizenship. But in fact some Member States do withdraw their nationality – and therefore EU citizenship – due to absence, in combination with other factors, and the Court has even ruled on that issue. The comparison with EU free movement law isn’t too convincing, because the Court has not yet ruled on the interruption of absence point in that context. And while the legal certainty point is convincing as far as it goes, it is undercut both by the Court’s lack of clarity on what a ‘few days’ interruption of absence means exactly, and by its creation of a ‘misuse of rights’ exception, which it does not define further except to assert that the exception does not seem to apply in this case.

Are these two points the same – ie a yearly dash through Schiphol airport in transit between Heathrow and New York does not count as interruption of absence? If so, the rule must be further explained. Or are they, as it appears, two different rules? If so, those two rules need to be explained further.

As for the implications of the judgment, it is first and foremost surely logical that this judgment applies to the second method of losing LTR status due to absence, ie by six years’ absence from the Member State that granted the status. It would be very odd to interpret an essentially identical concept appearing in the same Article of the same Directive differently. The judgment also strongly implies that the grounds of loss of status are exhaustive, and that the other grounds for loss of status should be interpreted narrowly. (However, note that in a previous judgment the Court interpreted the ‘fraud’ ground for loss of status broadly, ie it was lost even when the non-EU citizen concerned had not personally committed that fraud). The judgment is not relevant by analogy to periods of absence while accruing the initial five years’ legal residence to obtain an LTR permit, because there is a more specific rule applicable there.