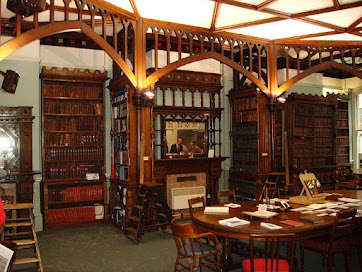 In his recent and, as it turned out, final statement on reviewing retained EU Law (REUL), Lord Frost added that his review would consider ‘the place of EU law in legal education’. Leaving aside the implications of the executive interfering with what is taught in universities (remember the days when Chris Heaton Harris MP (now himself Minister of State at the FCDO) wrote to all Vice-Chancellors asking for access to university course documents and the names of professors involved in ‘the teaching of European affairs, with particular reference to Brexit’?), leaving aside, too, the fate of the REUL review, Brexit has raised broader questions for EU law academics about how and what to teach. These questions have already been subject to extensive and ongoing discussion.

What constitutes an EU law course?

A standard EU law syllabus looks something of a Cook’s tour. Roughly speaking it covers EU institutions, EU constitutional law principles such as competence for the EU to act, supremacy of EU law, direct effect, human rights/Charter, remedies such as judicial review, and one or two of the four freedoms, including free movement of goods, and/or competition law. I’ll call this the standard model. Dozens of textbooks, mainly published by British publishing houses, broadly reflect this ‘standard model’ approach. Students graduate with a good understanding of the principles of the EU system. The question then is it still fit for the post Brexit world?

Many would say yes. They would argue:

-          that, at a minimum, studying EU law is an exercise in comparative law. Courses that study, say, US law do not see the US legal system through the prism of the effect of it on and in the UK

Others might disagree, arguing that the UK’s relationship with the EU has changed and this should be reflected in our teaching. So some would advocate a course on ‘EU Relations Law’. This might cover the Withdrawal Agreement (WA), including the Northern Ireland Protocol (NIP), with some reference to EU law principles (direct effect, remedies, equality law, free movement of goods), and the Trade and Cooperation Agreement (TCA). Any reference to the TCA inevitably involves some explanation of the World Trade Organisation (WTO) rules on which much of the free trade provisions build. It might also involve public international law to which the TCA refers.

A permutation on the ‘EU Relations Law’ theme is to consider how the WA and the TCA operate in domestic law. This would involve a study of Retained EU law (REUL), introduced by the EU (Withdrawal) Act 2018 and the rather startling provisions of the EU (Future Relations Act) 2020, especially s.29, which makes domestic law subject to the provisions of the TCA.

A third model would be some sort of hybrid, which might look like the standard model but gently adapted to include some coverage of Brexit and the WA/TCA, or the EU Relations Law model but with more substantive EU law included in it.

There will, of course, be adaptations over time, as new textbooks come out and the nature of the UK/EU relationship develops. The process is organic: what is important today – such as the role and status of REUL - will diminish in importance in the future. Different approaches might also be taken at undergraduate and post graduate level.

Should EU law be compulsory?

A more difficult question, and one which is of interest to the professions, especially the bar (there is divergence with the Solicitors’ Regulatory Authority), is whether EU law (the standard, the EU Relations Law, or the hybrid model) continues to be a foundation (compulsory) subject for those wishing to go on to practise. As professor of EU law, I need to declare an interest. However, I would like to make four points as to why EU law, in some form, should continue to be part of compulsory legal education.

First, some EU law will continue to apply directly in the UK. For example, EU competition law has ‘extra-territorial’ application. This means that a potentially anti-competitive agreement that is entered into by a UK, French and German company can be scrutinised under EU law and any decision taken against the cartel may end up being challenged before the Court of Justice.

Second, in Northern Ireland swathes of EU law in the field of goods, electricity, VAT, equality law and perhaps some social law will continue to operate directly as a result of the NIP. The WA expressly provides that the principles of direct effect and supremacy apply to the WA’s provisions. As the years go by, the WA will have less effect, except in two areas – Northern Ireland and ‘citizens’ rights’. Where there is uncertainty about citizens’ rights, UK courts can continue to make references to the European Court of Justice until 2028 in cases where the law is not clear.

Third, in order to understand the ‘onshoring’ of EU rights as ‘retained EU law’ students need to understand EU law and its vocabulary. Courts will continue to need to look at Court of Justice case law which has interpreted EU law, especially in respect of pre-Brexit case law. Students – and courts – need to be able to understand what they are reading and the special way the judgments are written.

The points made so far are essentially technical. My fourth and final point is more fundamental. The EU provides an interesting case study as to how to manage a federal or quasi-federal system. It introduces students to the concepts of conferral of powers, subsidiarity, proportionality. The EU’s internal market is the most sophisticated in the world. It has provided something of a template for the UK’s own internal market. Teaching internal market law also provides an entry point into understanding the concepts of customs union and free trade areas, as well as more broadly the language of international trade. This equips students wishing to study UK-EU trade agreements. Without EU law, undergraduates risk graduating with no awareness of the international trade and constitutional context in which law operates.

So there is a strong case for EU law – in some form – to continue to be an important part of undergraduate legal education. The discussions should be – and are – ongoing in university common rooms and in the more hallowed halls of the Inns of Court. And, as teachers, we need to be able to explain to rightly questioning students what we are doing and why.