The draft EU Directive on Combating Terrorism: Much Ado About What? 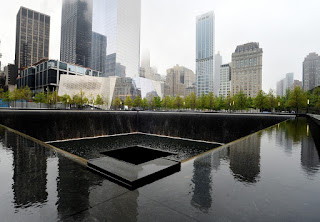 The slow strangulation of the transnational public sphere continues. The publication last month of a draft EU Directive on Combating Terrorism is the Union’s initial (legislative) response to recent murders by Islamic State fighters in Europe and elsewhere. The draft Directive will recast the Framework Decision on Combating Terrorism, first adopted in 2002 and amended in 2008, and will further broaden the impact of EU law in national criminal law as regards terrorism.

The Directive may be of more significance in terms of constitutional law in this field than criminal law. The majority of the Directive’s content can already be found in the Framework Decision (as amended) and, as such, will not require much by way of transposition by those Member States that have been fastidious in their transposition of the Framework Decision (although such Member States may be fewer than one would expect).

The draft Directive does have certain rule of law strengths. As a measure to be adopted upon the legal bases of Article 83(1) and Article 82(2) TFEU it will enjoy the full enforcement mechanisms and procedures that the European Commission and the Court of Justice of the EU can bring to bear. This is in contrast to the Framework Decision which, as a (former) third pillar measure, did not (at first) benefit from the application of these enforcement mechanisms. The extent to which these rule of law strengths are virtuous might, however, be open to discussion. The content of the Directive is rather broad and it is not absolutely clear what faithful transposition of some measures would entail.

Nevertheless, for those Member States to whom the adopted Directive applies, there will be the prospect of enforcement in the case of tardy or inaccurate transposition. It remains to be seen as to which Member States the adopted Directive will apply. The list will not include Denmark, which does not participate in these measures, but it may include Ireland or the United Kingdom. Either Member State may elect to participate in the measure – either before or after its adoption. The United Kingdom’s opt-out from former third pillar measures (discussed here) included an opt-out from the Framework Decision on Combating Terrorism – a somewhat absurd decision given the emphasis the UK places on action in this field (at national, EU, and international levels).

Even if none of the three Member States participate in the Directive, two of them (Ireland and Denmark) will continue to be bound by the Framework Decision. Because the majority of the two texts are identical there may not be much variance in the ‘variable geometry’ in this field – although the different powers of enforcement for the European Commission and Court of Justice merit restatement. The example of the Framework Decision and Directive demonstrate how increasingly complex this field of EU law is at a constitutional level – a complexity that is not helpful from either the point of view of operational effectiveness or the protection of civil liberties.

Insofar as there is new content in the Directive it largely derives from recent ‘international standards’ in the field of counter-terrorism finance and travel by ‘foreign terrorist fighters’. Chief amongst these standards is UN Security Council resolution 2178 – adopted in 2014 to address the threat from Islamic State – and much of the resolution is to be found in the Directive. (See also the recent Council of Europe Protocol on this issue) Key amongst these initiatives are Articles 9 and 10, which require Member States to create offences of travelling abroad for terrorism and of organising or facilitating such travel. Member States must ‘take the necessary measures’ to punish such action ‘as a criminal offence when committed intentionally’. Article 8 provides a new offence – to receive training for terrorism – that aims to capture those individuals that may ‘self-radicalise’ and train themselves using materials available on the internet or elsewhere.

The draft Directive also contains some language of interest to victims of terrorism. Article 22 provides for the protection of, and provision of assistance to, victims of terrorism. Of particular note is the requirement to provide ‘emotional and psychological support, such as trauma support and counselling’. It is unclear how Member States are to ensure that the services are ‘confidential, free of charge, and easily accessible to all victims of terrorism’. This clause would appear to include what could be quite a significant commitment of resources for Member States’ mental health services – one that is entirely commendable but the funding of which may prove a challenge.

A further point of note is that the structure of certain clauses in the Directive, for example setting out the definition of terrorism, have been subject to alteration in comparison with the Framework Decision. It is not clear, however, that anything turns on these syntax changes. Indeed, it seems unlikely that Member States which have already spent legislative time on the implementation of the Framework Decision would now look to revise their national measures merely to update the language of the definition (if, indeed, nothing does turn on the differences).

Certain substantive discrepancies do exist between the Framework Decision and the draft Directive. One example is Article 1(2) of the Framework Decision. The Article provides that the Framework Decision does ‘not have the effect of altering the obligation to respect fundamental rights and fundamental legal principles as enshrined in Article 6 of the Treaty on European Union’. In terms of the application of the law this clause was always redundant – legislation cannot alter a Treaty rule. However, it is easy to read the omission of the clause from the draft Directive as a shift in emphasis – and the failure to address the admission in the proposal document makes this criticism easier to make.

Taken as a whole, the Directive continues the ongoing restriction of various mobilities – of finance, information, and people – in the name of counter-terrorism. This restriction has been the hallmark of international efforts since 11 September 2001. There is an inevitable risk for critiques of such action: on the one hand it appears to be restrictive of civil liberties across Europe and on the other hand its operational usefulness is unclear. Can such a law be both draconian and ineffective? Undoubtedly. As with any EU measure the proof will be in the transposition and implementation.

Update, March 2016: the Council agreed its position on this Directive, which must now be negotiated with the European Parliament. For the text of this position, see here.