Measuring the Influence of the Advocate General on the Court of Justice of the European Union: Correlation or Causation? 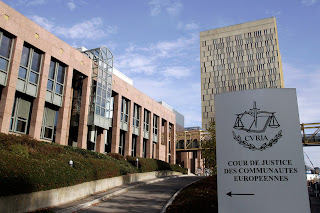 ‘[Advocate General] opinions are usually followed by the EU court’.
‘The advocate general’s opinion is usually quite influential in helping the ECJ decide its cases’. ‘The opinion does not mean the court will automatically dismiss the legal challenge […], but most judgments later endorse the position of advocate generals’.

A quick search on The Guardian webpage reveals that it is commonly acknowledged that the Advocate General influences the Court, or that the Court follows the opinions of the Advocates General. Even conversations amongst EU lawyers, practitioners and academics alike are often based on the omnipresent presumption that the Advocate General influences the Court, which seems to have become a truth by repetition. However, has data been put forward proving this dogma? Is it true that the Advocates General opinions have such an important weight in the judgments of the Court? Answering these questions becomes more relevant than ever as the number of Advocates General increases, and so does the workload of the Court. Answers to these questions are precisely what we set out to discover in our recent study ‘An Econometric Analysis of the Influence of the AdvocateGeneral on the Court of Justice of the European Union’, now available on SSRN, and soon to be published in the Cambridge Journal of International and Comparative Law (2016) 5(1).

In order to verify the accuracy of such claims and give and evidence-based response to our queries, we gathered data spanning 20 years of actions for annulment before the Court of Justice. In addition to the outcome suggested by the Advocate General and the actual outcome of a case, we collected data regarding several variables that could have influenced why the Court solved a case in a particular way. For example, we selected variables representing whether the solution of a case was clear. We recorded the subject-matter of the case, given that certain areas of EU law might be less controversial than others. Accounting for such variables, we eliminated from our measure of influence what is actually a coincidence caused by external elements that are unrelated to the opinion of the Advocate General. We also included in our database variables relating to who the Advocate General was; who the claimant was; the composition of the Court; and the type of act that was being reviewed.

We acknowledge that more variables could have been included to further refine this econometric study. However, it is not possible to record all such variables, for example, the mood of the judge at the time of the decision. Nevertheless, we designed an econometric study and used regression models that gave a robust measure of influence. In particular, our models determined a statistically significant result on the variable of interest (the opinion of the Advocate General). Our findings suggest that the Court of Justice is around 67% more likely to annul an act if the Advocate General advises the Court to annul than if the Advocate General recommends the Court to dismiss the case or declare it inadmissible.