Member States’ Right to a Decision on Withdrawal from the EU: A Legal Analysis (Article 50(1) TEU) 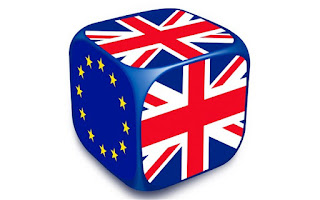 Pursuant to the first paragraph of Article 50 of the Treaty on European Union (TEU), a Member State may decide to withdraw from the European Union (EU) as per domestic constitutional requirements. It should be stressed that the opening paragraph of the withdrawal clause is very short; it consists of one sentence. Thus, prima facie, this paragraph seems straightforward. On closer inspection, it might, however, be argued that the opening paragraph of Article 50 TEU raises more questions than it answers.

Does Article 50(1) TEU allow for a unilateral decision on withdrawal?

It could also be suggested that according to the opening paragraph of the withdrawal clause a Member State has the unrestricted right to the withdrawal itself, ie without a waiting period. A serious weakness with this interpretation is that it is hard to translate this approach into reality. What is more, this construction might be challenged on the basis that Article 50 TEU ought to be interpreted in toto. Therefore, one has to concur with the opinion that analysis of all five paragraphs separately may lead to misleading conclusions.

Does Article 50(1) TEU allow for a partial withdrawal?

The next issue that merits attention concerns the meaning of the phrase ‘to withdraw from the Union’. In accordance with Oxford Dictionary, the word ‘withdraw’ means ‘to stop taking part in an activity or being a member of an organization’ as well as ‘to stop somebody/something from doing these things’. Legal dictionaries, such as Black’s Law Dictionary and the Longman Dictionary of Law, do not define the term ‘withdraw’.  What is more, the TEU itself does not say at all what the meaning of the term ‘withdraw’ is. There are six references to the word ‘withdraw’ (or variations thereof) in all five paragraphs of Article 50 TEU. It appears that the definition of the term ‘withdraw’ provided by Oxford Dictionary is sufficient to interpret the opening paragraph of the withdrawal clause. Hence, an act of withdrawal means that a Member State is no longer interested in being a member of the EU.

Although the phrase ‘to withdraw from the Union’ does not raise any serious doubts, one may pose the following question: does the first paragraph of Article 50 TEU allow for a partial withdrawal?  To put it more simply, can a Member State withdraw from certain aspects of the EU, but remain a member of the EU for other purposes? This question can be challenged on the basis that European Union law does not provide for partial membership. Therefore, the partial withdrawal is legally impossible, unless the Treaties are amended to this effect. One has to remember that States which are eligible for membership of the EU but do not want to join the EU can consider alternatives to EU membership. For example, Switzerland concluded over 100 bilateral agreements with the EU, which concern various areas, such as the free movement of persons, air transport and the participation of the former in the European Environment Agency. Furthermore, there are Member States which do not participate in all aspects of the EU; for instance, the UK was granted an opt-out clause meaning that it was not required to adopt the euro. The alternatives to EU membership and opt-out clauses allow the (Member) States to participate in selected areas of the EU. Thus, there is no doubt at all that under the opening paragraph of Article 50 TEU the Member State may withdraw from the EU only in its entirety.  However, it would be possible to agree to refer to an existing Member State like the UK as an ‘associate’ Member State (or some similar phrase) without amending the Treaties.

It could be argued that the Court of Justice of the European Union (CJEU) has jurisdiction over validity of the domestic law procedures. As a consequence, the Luxembourg-based Court would be called on to decide whether a Member State has in fact made a decision to leave the EU pursuant to its own constitutional requirements. This means that the CJEU would deal, as the final arbiter, with highly sensitive questions relating to the withdrawing Member State. However, this view suffers from a few drawbacks. Firstly, in accordance with the founding treaties, the CJEU has no competence to adjudicate upon validity of the internal law procedures. Article 50(1) TEU only refers to domestic law. Therefore, this matter does not fall within its jurisdiction.

Secondly, such competence would negatively affect relations between the CJEU and domestic high courts, such as the French Cour de Cassation and the Supreme Court of the United Kingdom (UK). As a result, the balance between the need to respect autonomy of national courts and the supervision of the procedures that must be followed to ensure full compliance with European Union law would be disturbed. Thirdly, if this matter fell within its jurisdiction, the Luxembourg-based Court would have to interpret and apply domestic law. In practice, this could lead to erroneous conclusions.

Lastly, it should be noted that a Member State that has taken a decision to leave the EU might subsequently want to change that decision. This might happen if, for example, a decision on withdrawal has been taken by a previous parliament/government prior to a general election.
In practice, there are two possible situations: firstly, the Member State has taken the decision to leave the EU but has not yet formally notified the European Council pursuant to the second paragraph of Article 50 TEU, and secondly, the Member State has taken the decision on withdrawal and has officially notified the European Council of its intention. The first situation relates to the opening paragraph of Article 50 TEU, whereas the second situation (which is not analysed here; see the analysis by Steve Peers) refers to the second paragraph of the withdrawal clause. When it comes to the former, there   is no doubt at all that the Member State can change its decision on withdrawal by applying its internal constitutional law provisions.

As far as the UK’s planned in-out referendum is concerned, one should remember that the referendum vote does not bind the Conservative Government legally. Thus, Boris Johnson’s idea that the ‘Leave’ vote could be the trigger for a fresh renegotiation seems legally feasible, because as long the UK has not officially told the European Council about the decision on withdrawal (Article 50(2) TEU) only the UK constitutional law provisions apply. However, it might not prove politically feasible to do this, because other Member States might well refuse to engage in a second round of renegotiation after the UK has already voted to leave – whether that decision has been officially notified or not.  It would also anger many 'Leave' voters who would believe they had voted to see the UK leave the EU without any further attempt to stay in.

The final issue that has to be addressed is whether the opening paragraph of Article 50 TEU should contain conditions which a Member State would have to satisfy in order to instigate the withdrawal procedure. The inclusion of the conditions for withdrawal in the first paragraph of the withdrawal clause would have its advantages as well as disadvantages. The conditions for withdrawal would be particularly useful in circumstances where political leaders of the Member State try to obtain concessions from Brussels; the political leaders of the Member State can threaten to exit the EU in order to get what they want. There is no doubt that such a threat would not only make the EU’s decision-making process less effective but also jeopardize the stability of the EU and undermine the credibility of the EU institutions. Therefore, the first paragraph of the withdrawal clause should be amended; for instance, it could state that ‘a decision on withdrawal shall be subject to a binding national referendum in which all citizens of the Member State aged 16 and over are entitled to vote’. In practice, such a condition for withdrawal could reduce the possibility of threatening to exit the EU to almost zero since the national referendum vote would bind a Member State’s government legally.

In conclusion, the issue of the right to a unilateral decision on withdrawal, which is of crucial importance from the perspective of a withdrawing Member State and the EU itself, remains problematic, but there is no doubt that a partial withdrawal from the EU is legally impossible. Furthermore, political leaders of the withdrawing Member State should remember that the right  to a decision to leave the EU is subject, in an implied way, to the values of the EU enshrined in Article 2 TEU.

Hillion Christophe, Accession and Withdrawal in the Law of the European Union, in Anthony Arnull and Damian Chalmers (eds), The Oxford Handbook of European Union Law, (OUP, Oxford 2015);
Lazowski Adam, Withdrawal from the European Union and Alternatives to Membership, (2012) 37 EL Rev;
Rieder Clemens, The Withdrawal Clause of the Lisbon Treaty in the Light of EU Citizenship: Between Disintegration and Integration, (2013) 37 Fordham Intl LJ;
Tatham Allan, ’Don't Mention Divorce at the Wedding, Darling!’: EU Accession and Withdrawal after Lisbon, in Andrea Biondi, Piet Eeckhout and Stefanie Ripley (eds), EU Law after Lisbon, (OUP, Oxford 2012).