Brexit, asylum and the rights of the child: clarification from the CJEU 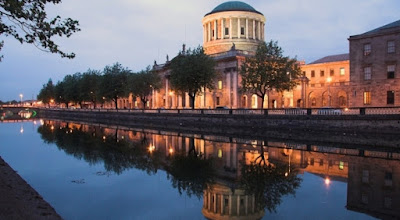 What effect does Brexit have on asylum issues? That was one of the issues in a recent judgment of the CJEU, responding to a request from the Irish High Court which apparently affected a number of cases pending in Ireland. The judgment further addressed issues relating to the rights of child asylum-seekers, and the degree of discretion a Member State has under the EU’s Dublin rules on allocation of responsibility for considering asylum applications.

The case concerned a family of three asylum-seekers. Two had previously held visas in the UK, and the third was their child, born in the UK. When the UK visas expired, they travelled to Ireland, and applied for asylum there.  The Irish authorities decided that the UK was responsible for the claim, and requested the UK to take charge of the asylum seekers; the UK accepted.

Also the Irish authorities refused to apply the ‘sovereignty’ clause in the EU Dublin rules, which gives every Member State the option to decide whether to take responsibility for an asylum application even if that Member State would not normally be responsible for it. The asylum seekers objected to this due to health issues with two family members and the imminence of Brexit, and appealed to the High Court, which asked the CJEU several questions about applying the Dublin III Regulation in these circumstances.

First, the CJEU ruled that it was irrelevant that Brexit is pending, applying its previous judgment (discussed here) in the context of the European Arrest Warrant, that EU law remains fully applicable to the UK until Brexit Day. Equally, the CJEU repeated its prior case law (see, for instance, Halaf) that the ‘sovereignty’ clause left ‘absolute discretion’ to each Member State to decide when to implement it. It followed that the Member State was not obliged to apply this clause purely because Brexit is pending.

Second, the CJEU ruled that it did not breach EU law for the decision on responsibility under the Dublin rules to be made by one part of the Irish government (the Refugee Applications Commissioner), while the decision on the sovereignty clause was left to another part of the government (the Minister for Justice and Equality). In the Court’s view, there was nothing in the Dublin III Regulation to require these decisions to be made by the same part of the national administration, or require any specific part of the administration to make those decisions. Indeed, the Regulation refers to ‘authorities’ in the plural at several points.

Third, the CJEU ruled that the general reference in the Dublin III Regulation to the ‘best interests of the child’ did not limit Member States’ discretion as to whether or not to apply the sovereignty clause.

Fourth, in the Court’s view there was no right to a separate appeal against the decision not to apply the sovereignty clause. Rather, the Dublin III Regulation only required an ‘appeal against a transfer decision, or a review, in fact and in law, of that decision, before a court or tribunal’. This did not ‘expressly’ extend to an appeal against the refusal not to apply the sovereignty clause, and the Court refused to find an implied right of appeal in such cases, because ‘the objective of the rapid processing of applications for international protection and, in particular, the determination of the Member State responsible, underlying the procedure established by the Dublin III Regulation…discourages multiple remedies’. The EU Charter principle of effective judicial protection was not infringed, because the refusal to use the sovereignty clause could always ‘be challenged at the time of an appeal against a transfer decision’.

The Court added more on Brexit in this context, noting that ‘the mutual confidence and presumption of respect, by the Member States, for fundamental rights, continues in full force and effect in [the UK] until the time of its actual withdrawal from the European Union.’ While an asylum transfer under the Dublin rules, following the Court’s case law, cannot take place if ‘there are substantial grounds for believing that that notification would result in a real risk of that applicant suffering inhuman or degrading treatment in that Member State, within the meaning of Article 4 of the Charter’, the notification of leaving the EU ‘cannot, in itself, be regarded as leading to the person concerned being exposed to such a risk’.

Explaining its reasoning, the Court referred to the previous case law on the assumption that States part of the Dublin system – including non-EU States (Norway, Iceland, Switzerland and Liechtenstein) – ‘observe fundamental rights, including the rights based on the Geneva [Refugee] Convention and the 1967 Protocol, namely the principle of non-refoulement, and on the ECHR, and, therefore, that those Member States can have confidence in each other as regards respect for those fundamental rights’, given that all these States are parties to the two Conventions and the 1967 Protocol to the Refugee Convention. In fact:

the continuing participation of a Member State in those conventions and that protocol is not linked to its being a member of the European Union. It follows that a Member State’s decision to withdraw from the European Union has no bearing on its obligations to respect the Geneva Convention and the 1967 Protocol, including the principle of non-refoulement, and Article 3 ECHR.

Finally, the CJEU ruled that the Dublin III Regulation creates an assumption that the best interests of the child mean that the child’s situation is indissociable from that of its parents. Indeed, this is explicitly set out in the Regulation. The Court set out the consequence that ‘it is only where it is established that such an examination carried out in conjunction with that of the child’s parents is not in the best interests of that child that it will be necessary to treat the child’s situation separately from that of its parents.’

The Court’s ruling on Brexit is unsurprising in light of its previous ruling on the UK remaining covered by EU law until Brexit day. There are no direct implications of this judgment for what happens after Brexit day as regards the UK and EU asylum law, particularly the Dublin rules – an issue which I discussed recently here. However, the Court’s reference to non-EU countries participating in the Dublin rules on the condition that they are parties to the ECHR and the Refugee Convention reaffirms that there is no EU law requirement for non-EU countries to participate in the rest of EU asylum law in order to participate in the Dublin system. On the other hand, UK withdrawal from the ECHR and/or the Refugee Convention might make cooperation with the EU in this field (and, as regards the ECHR, other fields) more difficult.

Of course, the EU and UK might nevertheless be unable to reach agreement on the UK’s post-Brexit (or post-withdrawal agreement transition period) connection with the Dublin rules for political reasons.  As I have pointed out already, the EU/UK political declaration on their future relationship says nothing about asylum.

As for the sovereignty clause issue, the Court’s ruling leaves intact the Irish government’s arrangements for dealing with that clause separately from determination of responsibility for asylum claims, and also leaves that government free to refuse to apply the sovereignty clause without facing an immediate appeal. While that refusal could still be challenged subsequently, as part of a challenge to a transfer decision, it is not clear what substantive challenge could be made to such a refusal, as a matter of EU law – given that the Court re-emphasised the total discretion of a Member State when applying the clause, and added that even the obligation to consider the best interests of the child has no impact upon that discretion.

Finally, it should be recalled that the 2016 proposal to redraft the Dublin rules in light of the perceived ‘refugee crisis’ (discussed here) would drastically curtail use of the sovereignty clause, in order to prevent further decisions to take responsibility for large numbers of asylum-seekers (such as the German government’s decision in 2015), due to the consequential impact of such decisions on other Member States. It remains to be seen whether that proposal can be agreed at all – and if so, whether Member States would be willing to give up the considerable freedom of action which the clause gives them.