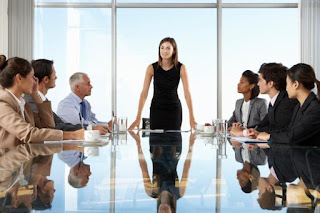 Economic decision-making in the European Union suffers at the highest corporate echelons from a lack of diversity, particularly in the area of gender diversity: over half of the graduates from European universities today are female, yet men outnumber women in corporate boards by a ratio of nearly four to one. What is more, differences between Member States are vast: female representation among directors ranges from less than five percent in some countries to more than thirty percent in others. The latest statistics can be found at the site of the European Commission’s database on women and men in decision-making.

Acknowledging this reality and within the framework of the Women’s Charter and the Strategy for Equality between Women and Men 2010-2015, the European Commission launched in November 2012 its Proposal for a Directive  of the European Parliament and of the Council on improving the gender balance among non-executive directors of companies listed on stock exchanges and related measures.

The Economic and Social Committee and the Committee of the Regions having both issued opinions, the proposal was adopted by the European Parliament at first reading in November 2013. In December 2014, however, the Council (Employment, Social Policy, Health and Consumer Affairs configuration) rejected  the proposal because of a failure to reach an agreement, inviting the preparatory bodies ‘to continue their work on the file.’ The latest development came in the form of a progress report  issued on 11 June 2015, concluding that

[t]here is a broad consensus among the Member States in favour of taking measures to improve the gender balance on company boards. While a large number of Member States support EU- wide legislation, others continue to prefer national measures (or non-binding measures at the EU level). Thus further work and political reflection will be required before a compromise can be reached.

Main contents of the proposal

The Proposal for a Directive (as considered by the Council), which ‘seeks to achieve a more balanced representation of men and women among the directors of listed companies by establishing measures aimed at accelerated progress,’ only targets publicly listed companies having their registered office in a Member State and excludes SMEs from its scope of application. It is expected that a trickle-down effect will ensue, thereby leading companies not affected by these measures towards more balanced corporate boards.

Targeted companies should attain by the predetermined deadline (31 December 2020) either (a) 40 percent of members of the under-represented sex among non-executive directors or (b) 33 percent of members of the under-represented sex among all directors, both executive and non-executive. The choice of option is in principle open to the implementing Member State, which may also exempt those companies where women represent less than ten percent of the employees from compliance with the numerical aims. An additional obligation is envisaged for targeted companies to set individual quantitative gender balance objectives when the overall thresholds do not directly apply.

A reporting duty to the national equality bodies has been introduced, following the ‘comply-or-explain’ principle. A document must be compiled detailing the ‘gender representation on [companies’] boards, distinguishing between non-executive and executive directors’ as well as ‘the measures taken with a view to attaining the applicable objectives.’ The same information shall be published in an appropriate and accessible manner on the companies’ websites.

The core of the proposal lies on the series of procedural requirements imposed on companies which fall short of the planned numerical objectives. These companies must, when selecting candidates for director positions, undertake a comparative analysis of the qualifications of each candidate by applying clear, neutrally formulated and unambiguous criteria established in advance. They shall, following this analysis, give priority to the candidate of the under-represented sex, unless an objective assessment of all criteria specific to the individuals tilts the balance in favour of the other candidate(s). The wording of these requirements is directly drawn from the case-law of the CJEU regarding gender quotas (see, inter alia, Judgments in Kalanke, in Marschall v Land Nordrhein Westfalen and in Abrahamsson and Anderson v Fogelqvist.)

Upon request from any candidate, all parameters considered when deciding over selection (the qualification criteria, the objective comparative assessment and, where relevant, the considerations tilting the balance) need be disclosed to her or him in a transparent manner. Moreover, if the candidate of the under-represented sex establishes a prima facie instance of discrimination, the burden will shift onto the respondent company to disprove those allegations—as occurs with other discrimination claims under EU law.

Sanctions are to be imposed by the Member States alone for the infringement of the procedural requirements, the reporting obligations or the mandate to set individual quantitative objectives. In other words, non-compliance with the numerical quota objectives by the end of the established deadline is not per se penalised beyond requiring companies to state ‘the reasons for not attaining the objectives and a description of the measures which the company has already taken and/or intends to take in order to meet them.’

The Union’s intervention in the field has an essentially temporary character; the ultimate objective of the proposal being to foster gender diversity within corporate boards to the extent that conditions in society are such as to not guarantee that balance on their own. This interim approach is reflected by the sunset clause contained in the proposal: the directive shall expire in December 2029. As a last point, it is notable that the directive would only effect minimum harmonisation, thus allowing Member States to go beyond these measures ‘provided those provisions do not create unjustified discrimination or hinder the proper functioning of the internal market.’

Article 4b of the revised proposal features the most controversial provision and the reason why progress is only very slowly being made: namely, the so-called equivalent efficacy or flexibility clause. Following this clause, Member States which have enacted measures to ensure a more balanced representation of men and women on corporate boards would be authorised to suspend application of the procedural requirements, given that those measures are equally effective or have attained progress coming close to the aims set out in the directive.

‘With a view to combining flexibility with maximum legal certainty,’ Article 4b exemplifies three scenarios deemed by law to guarantee equal effectiveness, leaving the door open at the same time to analogous situations existing in the Member States. In this respect, the last version of the proposal allows disconnection as soon as ‘members of the under-represented sex hold at least 25% of the total number of all non-executive director positions or 20% of the total number of all director positions and the level of representation has increased by at least 7.5 percentage points over a recent five-year period.’ Beyond 2020, more stringent conditions will have to be complied with if the Member State wishes to maintain the suspension.

The proposal should be welcomed as a significant step towards tackling gender imbalance within corporate governance in the European Union. Substantive measures in this respect have been long overdue and much awaited; the question thus remaining is if and when consensus within the Council will be reached. The Luxembourg Presidency in its outlook overview of priority dossiers  refers to the proposal on gender balance, recognising that it ‘[has] been blocked in the Council for a considerable time.’

From the standpoint of Discrimination law, it is regrettable that the rationale of the directive appears to be predominantly economically driven, at the expense of considerations of parity, diversity, legitimacy and democracy. Instead of upholding the claim that gender balance in corporate boards will yield microeconomic growth—an assertion which, on the other hand, risks perpetuating gender stereotypes, as it is based on the assumption that women and men act differently in business contexts—, the proposal should rather build upon dependency with a view to eradicating and correcting structural male dominance in decision-making.

De lege ferenda, it would perhaps be advisable to abandon the understanding of quotas purely on the basis of sex and transitioning to a gender terminology that accommodates at the same time additional genders or gender identities. Following this suggestion, measures could be envisaged that give a soft preference in a similar manner not only to female candidates but to candidates of genders or gender identities which differ from that of over-represented male candidates.

As regards the sanctioning regime, more meaningful enforcement measures could be conceived of within the limits of proportionality that do not leave failure to comply with the numerical targets unpunished, e.g. in the form of fiscal incentives or of penalties within the area of public procurement.

One of the striking points of the proposal is undoubtedly that of the flexibility clause. Despite its stated purpose of allowing more proactive Member States to develop their own equality programmes without conflicting with the substance of the proposal; this possibility permits, in practice, a large derogation by means of national tailor-made gender diversity strategies. Whereas due regard must be had to subsidiarity, it should be noted that the envisaged thresholds for equivalent efficacy are deceptively low as a consequence of the watering down of the proposal during the Council deliberations.

To conclude on a pragmatic note, it can be said that the current prospects of more robust European Union legislation tackling gender imbalance within corporate governance are bleak: the still ongoing difficulties within the Council to reach an agreement foreshadow, if anything, an even more compromised version of the text. For the time being, in the European Union it is more around twenty percent Venus, eighty percent Mars. Surely an imbalance of planetary dimensions.