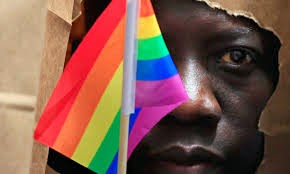 Steve Peers
Many countries worldwide still impose severe criminal sanctions and other forms of ill treatment on people who are gay, lesbian, transgender or intersex (LGBTI). Fortunately, according to the CJEU, any non - EU citizen suffering persecution on grounds of sexual orientation can seek asylum in the EU, claiming that they are part of a 'particular social group' being persecuted, in accordance with the EU's qualification Directive.
The Court's prior case-law (the X, Y and Z judgment of 2013) further clarifies that they do not have to keep their sexuality hidden in their country of origin in order to claim refugee status. But the mere existence of criminal law prohibitions in the country of origin doesn't necessarily mean that LGBTI asylum-seekers are being persecuted: the crucial question is whether such laws are actually being enforced.
Before getting to the issue of persecution, though, how can the authorities check whether asylum-seekers are gay or lesbian in the first place? In today's judgment in A, B and C, the CJEU rules out the most obnoxious forms of procedures to determine sexual orientation, but still leaves some leeway for dubious behaviour by national authorities.
The judgment
Asked by a Dutch court to clarify what national authorities can do to establish the sexual orientation of asylum seekers, the CJEU begins by stating that a mere self declaration by the asylum seeker is not sufficient. This is only the starting point of the assessment.
Although EU legislation does not address the issue of the credibility of asylum seekers in much detail, the CJEU states that the process of determining credibility must be consistent with the EU Charter of Fundamental Rights. In principle, the same rules apply to all categories of asylum seekers, but they can be adapted to particular groups.
First of all, the CJEU states that questions 'based on stereotypical notions may be useful' to national authorities. But they cannot base their decisions purely on such notions, and the asylum seeker's inability to answer such questions cannot mean that he or she has no credibility.
Secondly, the CJEU rules against detailed questioning about asylum seekers' sex life, on the grounds that this would breach Article 7 of the Charter (the right to privacy). (On the questions which are asked in practice, see Colin Yeo's earlier post on the Free Movement blog).
Thirdly, the CJEU rules that LGBTI asylum-seekers should not perform sex acts, produce films of their sexual activities or undergo medical testing to prove their orientation. This would breach Article 1 of the Charter (the right to human dignity) as well as Article 7.
Finally, the CJEU rules that Member States cannot assume that LGBTI asylum-seekers lack credibility simply because they didn't raise the issue of their sexuality as soon as possible, in light of the sensitivity of the topic. However, the Court does not rule on some additional procedural issues considered in the Opinion of the Advocate-General.
Comments
The Court's judgment frees LGBTI asylum-seekers from many particularly obnoxious forms of testing and questioning. In particular, it frees them from phallometric testing. The Court didn't mention the details of this process, but suffice it to say that it involves examining men's physical reaction to viewing pornography. The judgment should have added that this process is also a breach of Article 4 of the Charter, as a form of degrading treatment.
As for producing films or engaging in sex acts, the Court was right to rule out implicitly the possible waiver of privacy rights on the grounds that other asylum-seekers would be pressured to do the same thing.
The ruling also usefully clarified that LGBTI asylum-seekers do not need to declare their sexual orientation as soon as possible. This takes account of the social reality for people who have just fled countries where their personal identity is taboo.
On the other hand, today's judgment is unhelpful to the extent that it refers to the possibility of 'useful stereotypes' when questioning LGBTI asylum-seekers. Although the Court only refers in this context to questions about the existence of NGOs supporting LGBTI individuals, many other stereotypes exist. The Court ruling might be interpreted to endorse assumptions that (for instance) gay men don't like sports, or that lesbians have short hair. Such stereotypes might be only mildly annoying on a day - to - day basis. But if they are used in order to reject an asylum claim, they could be fatal to the person concerned.
Admittedly, the Court rules out relying on the answers to such questions as the sole basis for denying asylum. Nor is it possible to decide that an asylum seeker who can't answer such questions has no credibility. But it is still possible that an asylum seeker will lose credibility if he or she gives the 'wrong' answer to these questions; and those answers can form part of the assessment of credibility.
More broadly, the Court's approach fails to take sufficient account of the wide diversity of the expression of human sexual identity, especially in countries where homosexuality is taboo.
While some questions relating to LGBTI asylum-seekers' credibility must be acceptable, given that the Court ruled out self - declaration as an automatic route to establish such credibility, the Court could surely have found a better form of words than 'useful stereotypes'. It could, for instance, have endorsed the relevant UNHCR guidelines discussed in the Advocate-General’s opinion.

Although there are many positive aspects of today's judgment, the CJEU's unjustified aversion to human rights soft law may cause problems for many LGBTI asylum-seekers in practice.