The CJEU rules on obesity and discrimination law 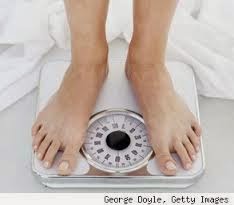 
In its judgment today in Kaltoft, the European Court of Justice has confirmed that obesity is neither a protected ground of discrimination under EU employment law nor a disability per se. However, in certain circumstances the EU’s Directive banning discrimination in employment on grounds of disability could apply. (Note that EU law does not ban disability discrimination outside the workplace, so today’s judgment will only be relevant to employment disputes.)


Obesity as a protected ground


The case concerned a man who alleged that he lost his job due to his obesity (for more details of the facts, and a discussion of the opinion of the Advocate General, see here). The Court agreed with the Advocate-General that obesity is not a protected ground under EU employment law. There is no mention of obesity in the TFEU or TEU. Neither is there a general prohibition of discrimination. The protected grounds of religion or belief, disability, age or sexual orientation are exhaustive and it is not for the Court to extend these by analogy (there are also EU rules on sex, race and nationality discrimination). However, Member States may provide for increased protection under national law.


Obesity as a disability


The Court adopted a functionality test whereby obesity can only amount to a disability when accompanied by an impairment of the individual’s ability to work on an equal basis to others. Individuals do not have to be incapable of fulfilling their employment tasks, but their ability to do so on the same basis as others must be impaired. The Court suggested that individuals with obesity and decreased mobility or resulting diseases that hinder work ability or cause discomfort that does so, may have a disability under EU employment law. Thus, it is the effect of obesity, not obesity in itself, which is of importance in deciding whether an individual has a disability.


The Court avoided the AG’s suggestion that individuals at the upper most level of obesity (BMI 40+) could be assumed to have functionality issues and thereby, a disability. The Court instead made no mention of BMI as a measure of disability and concentrated on the effect of obesity, not the degree to which an individual is obese.


It will be for the Danish court, which referred these questions to the CJEU, to decide whether Mr. Kaltoft’s obesity entailed a limitation that affected his ability to do his work on an equal basis to others.


Although we are may be flooded with inaccurate headlines, the position of individuals with obesity under EU law seems to remain unchanged. Employers are likely to breathe a sigh of relief that a BMI test has been avoided. Indeed, this could have led to an appearance based test whereby employers felt pushed to keep an eye on their employees’ size. How and should an employer have access to this kind of personal information?


The case has brought obesity to the fore. Given the level of obesity in Europe, employers may begin to rethink their work practices. The employer has a role to play in his or her employee’s health. For example, employers may reconsider the food they serve in their canteens or the extent to which they make physical exercise accessible to their employees, if it will have ramifications for their legal obligations under discrimination law.
Barnard & Peers: chapter 20