The CJEU clarifies when stem cells can be patented in Europe 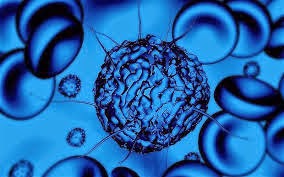 Anna Dannreuther; all views are the author's own
In its judgment yesterday in International Stem Cell Corporation on biotechnology patents, the CJEU qualified its ruling in Brüstle by shifting the emphasis of what it takes for a non-fertilised human ovum stimulated by parthenogenesis to constitute a ‘human embryo’ and thus be unpatentable under the Biotechnology Directive. The Court ruled that in order to constitute a ‘human embryo’ for the purposes of the Directive, the stimulated ovum must have the ‘inherent capacity to develop into a human being’. This is in contrast to its previous ruling in Brüstle where it held that such an ovum would only constitute a ‘human embryo’ if it were ‘capable of commencing the process of development of a human being’.


The case concerns the patentability of living material under the Biotechnology Directive 98/44.  The aim of the Directive is to strike a balance between encouraging biotechnological research by way of patent law and protecting the dignity and integrity of the person. As such, while the Directive treats biotechnological inventions generally no differently from any other inventive science that comes forward with patent claims, it forbids patenting certain processes on ethical grounds. In addition to a general prohibition on inventions whose patentability would go against public order or morality, it specifically forbids patenting the following processes: cloning human beings, modifying the germ line of humans, and using human embryos for industrial or commercial purposes.


In the 2011 judgment in Brüstle, the CJEU had the opportunity to define ‘human embryo’. This was in the context of a German neurobiologist who held a patent in Germany for the production of neural precursor cells from human embryonic stem cells (confusingly, this term is used even when they are not stem cells derived from human embryos). He claimed his methods offered promising methods of treatment for neurological diseases. Greenpeace challenged the validity of the patent on the ground that the process involved using human embryos. The referring court asked the CJEU several questions relating to the nature of the concept ‘human embryo’ under the Directive. The Court held that:


any human ovum after fertilisation… and any non-fertilised human ovum whose division and further developments have been stimulated by parthenogenesis constitute a ‘human embryo’.  [para 38]


The Court justified the unpatentability of both fertilised ova and non-fertilised ova on the basis that the latter were, just like embryos created by fertilisation of an ovum, ‘capable of commencing the process of development of a human being’ [para 36].


In the present case, International Stem Cell Corporation seeks to register as a patent in the UK the process of ‘parthenogenetic activation of oocytes for the production of human embryonic stem cells’ (for ease, I will refer to the activated oocytes (ova) as ‘parthenotes’). Essentially, the process involves ‘activating’ a human ovum by a variety of chemical and electrical techniques. Such an activated ovum can develop into the blastocyst phase (about 200-300 cells following cell division) but it is unable to develop further, as it lacks the paternal DNA necessary to form extra-embryonic material (placenta).  The process falls into the third category of processes which Brüstle deemed unpatentable by virtue of constituting a ‘human embryo’.


Henry Carr QC, sitting as Deputy Judge of the High Court, queried whether the Court’s interpretation in Brüstle can be correct if, in light of current scientific knowledge, parthenotes are incapable of developing into a human being. He decided to refer a question to the CJEU on the point. In his judgment, he strongly suggested that the Court should rule in favour of excluding this particular process from the notion of ‘human embryo’. At paragraph 35 he observes:


Stem cells have the potential to revolutionise the treatment of human disease because of their capacity to differentiate into almost any type of adult cell. The recitals to the Biotech Directive express two competing policy considerations. On the one hand, the research in the field of biotechnology is to be encouraged by means of the patent system, and on the other hand, that patent law must be applied so as to respect the fundamental principles safeguarding the dignity and integrity of the person…The Biotech Directive is to be interpreted in a way that balances these competing policy considerations.


The Court states that the principle in Brüstle must be taken to mean that in order to be classified as a ‘human embryo’, an unfertilised human ovum whose division and further development have been stimulated by parthenogenesis (a parthenote) must necessarily have the ‘inherent capacity of developing into a human being’ [para 28]. Endorsing the Advocate General’s Opinion, the Court thus stresses that the emphasis is on whether the parthenote can develop into a human being, rather than whether it can commence this process. The determination of whether a parthenote has such a capacity is left for the national courts to determine [para 36 – 38].


The Court does not explain its reasoning for the change in emphasis. It does acknowledge a divergence of scientific information in the written observations before the court in the present case and in Brüstle. Whereas in the present case the information provided suggested that parthenotes could not develop into human beings, the information in Brüstle suggested that parthenotes could develop into human beings [paras. 31. 33]. This seems to be one of the ‘foregoing considerations’ mentioned in paragraph 38 that the Court bases its judgment on. The Court did not deal with the eventuality that the parthenote could be genetically manipulated in such a way that it can develop to term as International Stem Cell Corporation had amended their applications for registration to exclude the prospect of additional genetic information.


The Court’s decision is to be welcomed. It qualifies Brüstle so that parthenotes are not automatically included in the definition of ‘human embryo’ and hence excluded from patenting. It thus allows for the patenting of biological research involving alternative methods of obtaining embryonic stem cells. However, two points of contention should be noted.


First, as the Advocate General point outs in paragraph 43 of his Opinion, Member States are still able to prohibit patentability of parthenotes under Article 6(1) of the Directive on the grounds of public order or morality. Although the shift from outright exclusion to determination by Member States will be welcomed by more biologically protective States (such as Poland, who intervened in the case to argue for parthenotes’ exclusion from patentability in the interests of safeguarding human dignity) there are risks in this. As the patentability of parthenotes is now dependent solely on Member States’ cultural norms, a ‘patent tourism’ could emerge, whereby parthenote stem cell researchers will locate in jurisdictions which welcome their processes and avoid those which do not. Given the economic disadvantages for parthenote researchers locating in unwelcoming patent jurisdictions, this may not bear well on freedom of establishment and free movement of services. Although this is a potential risk for all biotechnological processes, the shifting classification of parthenotes may lead to greater divergence in their treatment across Member States.


Second, the judgment lacks any kind of discussion on at what point the organism develops into a human being and is thus excluded from the concept of ‘human embryo’. The Court leaves it to the national court to determine whether the parthenote has the ‘inherent capacity to develop into a human being’. This is unhelpful as the national court has to decide both whether the parthenote has the inherent capacity to develop into a human being, and if not, whether it is prohibited from being patented on grounds of morality and/or public order. This seems like a lot to labour national courts with, who could have done with some guidance on the principle. Equally, the principles to be deduced from the cases are tricky. Seeing as Brüstle still maintains that fertilised human ova constitute ‘human embryos’, are national courts to assume that parthenotes do not constitute human beings to the extent that they fail to make extra-embryonic tissue and therefore differ from fertilised human ova? What if parthenotes were created which could make extra-embryonic tissue? Would the case law suggest that these parthenotes could lead to the development of a human being? Even if this seems simple or obvious, it would have been useful for the Court to clarify this.


Equally, a comment on the patentability of parthenotes, which could then be subject to later genetic manipulation, would have been useful.


Conclusion
As it stands, patenting parthenotes is no longer definitively prohibited due to their classification as ‘human embryos’ under Brüstle. However, their patentability is determined wholly by Member States, either on the grounds of public order or morality, or whether the Member State classifies them as ‘human embryos’ under the new definition. The judgment would have been more helpful if it had given guidance to national courts on what constitutes ‘development into a human being’.
Photo credit: Daily Telegraph
Posted by Steve Peers at 04:57