Doktor U? The CJEU reconciles the right to a name with passport security 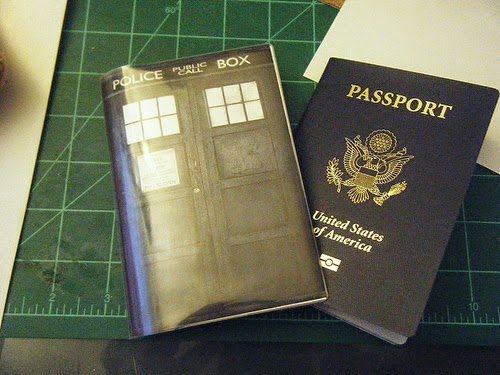 Many people have a fluid sense of their personal identity. But this is anathema from the perspective of law enforcement bodies, who seek to fix individual identity in order to ensure certainty about each person they are collecting information on.

The CJEU had to reconcile these two conflicting principles in last week’s judgment in U. This was one of four separate CJEU judgments that week where the plaintiff was designated by a letter only (the others were E, Q and X). In my view, it’s long past time for the Court to borrow a good idea from journalism, and simply give the people in question assumed names. That’s because it’s harder to understand and recall a case which is designated by letters only, especially where the same letters are reused by the Court in other cases in the same field (such as asylum).

In particular, it’s confusing to use an initial only for the U case, because the whole point of the case is the designation of names. In fact, under German law Mr. U is also entitled to use ‘Doktor’ as part of his name. This makes it hard to resist the temptation to call him ‘Doktor U’. So I won’t resist it at all.
The judgment

Doktor U had the birth name ‘E’, but his official surname is now U. The German authorities placed in his passport that his name was ‘Dr. U, GEB E’. The ‘GEB’ stands for the German word ‘geboren’ (meaning ‘born’). In practice, this led to confusion about what his actual name was. So he challenged the authorities’ decision in the German courts, which asked the CJEU to interpret the EU’s passport security Regulation and the EU Charter of Rights.

According to the CJEU, first of all the EU legislation requires all passports to apply the recommendations of the ICAO on document security. This is an interesting example of EU law importing international soft law by reference (on the implications of this for EU external relations, see this week’s judgment in Germany v Council).

Secondly, the Court ruled that a Member State had flexibility to designate a person’s birth name as part of his name on a passport, even though the ICAO rules refer to national law, and the relevant German law on fixing of names (as distinct from the law on passports) does not include birth names as part of a person’s name. The rationale here was the interest of document security, which favoured the use of a fixed element (the name at birth).

Thirdly, the Court ruled that the birth name could not be included in the optional section of the passport. Finally, interpreting the Charter, it ruled that the right to a name, which forms part of the right to a private life set out in Article 7 of the Charter, means that any use of a birth name on a passport had to be clearly indicated. The abbreviation ‘GEB’ was not translated, so could not be comprehended by the authorities of other countries and was liable to lead to practical complications for the passport holder.

It might be hard for some Germans to admit it, but their country’s enormous influence in the EU political system has not been accompanied by any predominance of the German language, either inside or outside the EU. So the insistence of a peculiar approach to inscribing names on passports, coupled with an absence of translation, will inevitably lead to complications for those German citizens whose name has changed since birth.

The CJEU goes some way to addressing that problem in this judgment, when it requires the German authorities to make it clear to the non-German speakers who make up most of the rest of the world that Doktor U’s birth name is just that, and that he now goes by a new name.  At least this will reduce the confusion about his name that the good Doktor experiences in practice.

But the Court could have gone much further. Doktor U didn’t merely want to reduce confusion about his current name; he wanted to be known only by his current identity. After all, his fictional namesake has not disclosed his Gallifreyan birth name in 50 years of screen time (or thousands of years in narrative time). And unlike that time-travelling Doctor, the real Doktor U has presumably not regenerated his body many times over, with consequent complications for using his passport.

While the Court was right to say that the EU legislation requires the application of ICAO soft law, it did not acknowledge the great ambiguity in those rules. Indeed, it is striking that the Advocate-General’s opinion arrives at precisely the opposite interpretation of them. The objective of ensuring passport security could still have been achieved by providing a precise record of Doktor U’s current identity. And the Court would have surely reached this conclusion if it had performed in this case – as it always ought to do – an assessment of whether the interference in Doktor U’s right to his private life was proportionate and necessary.