Denmark and EU Justice and Home Affairs Law: Really Opting Back In? 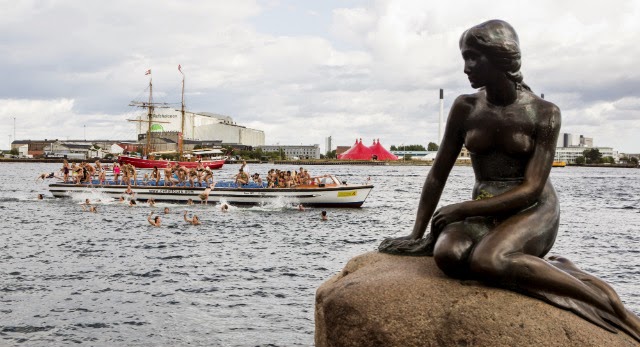 Yesterday, the Danish Prime Minister made an announcement that Denmark would hold another referendum on EU matters in 2015. This was widely reported as a vote on whether Denmark would opt back in to EU Justice and Home Affairs (JHA) law. In fact, the government’s intention is to hold a vote on whether to replace a complete opt out with a selective opt-out. This blog post explains the detail of the issue, including a complete list of the measures which Denmark might opt back into if the Danish public approves the referendum proposal.

The Danish opt-out effectively dates back to the Danish referendum on the Maastricht Treaty in 1992. Following the initial Danish ‘no’ vote to that treaty, the EU’s Heads of State of Government adopted a Decision, which states that Denmark fully participates in EU JHA law. This was accompanied by a declaration stating that any transfer of powers to the European Community (as it then was) would be subject to a referendum in Denmark. This is generally regarded as the basis for Denmark’s opt-out on JHA matters.

In a nutshell, the legal position is as follows.

First of all, Denmark is bound by the ‘Schengen’ rules abolishing border controls between most Member States, and measures building upon them, such as the Schengen Borders Code, the EU’s visa code, the Schengen Information System and the EU’s border control agency, Frontex. However, it is bound by these measures only as a matter of international law, not EU law. It could choose to opt out of new measures in this area, but there would be some unspecified retaliation if it did. It hasn’t done so in practice.

Secondly, Denmark is not bound by any other EU measures on immigration and asylum law, or civil cooperation, except for the measures on a standardised list of countries whose nationals do and don’t need visas to enter the EU. However,  for a few of these measures,  Denmark is bound instead by means of a treaty with the EU: the Dublin rules on asylum applications; the Brussels Regulation on civil and commercial jurisdiction; and the Regulation on service of documents. It’s also bound by the initial Rome Convention on conflicts of law in contract, but not by the Regulation replacing it.

Thirdly, Denmark is bound by EU measures on policing and criminal law adopted before the entry into force of the Treaty of Lisbon. This includes (as matters stand) the EU measures establishing Europol (the EU police agency), Eurojust (the EU prosecutors’ agency) and the European Arrest Warrant.

Fourthly, Denmark is conversely not bound by EU measures on policing and criminal law adopted after the entry into force of the Treaty of Lisbon. This includes particularly EU legislation on suspects’ rights, victims’ rights, and the European Investigation Order. In the near future, it will also not be bound by legislation re-establishing Europol, which will soon be the subject of final negotiations between the European Parliament and the Council (on the details of that negotiation, see the previous blog post). According to the Prime Minister, this is a particular reason for considering whether to exercise the opt-out.

The assumption behind her argument is that the pre-Lisbon measure establishing Europol will not be applicable to Denmark any longer once a new measure is adopted. In fact, Article 2 of Protocol 22 says as follows:

…acts of the Union in the field of police cooperation and judicial cooperation in criminal matters adopted before the entry into force of the Treaty of Lisbon which are amended shall continue to be binding upon and applicable to Denmark unchanged.

In fact, the same issue is likely to arise as regards Eurojust (the EU prosecutors’ agency) in the next year or so, since there is also a proposal to replace the pre-Lisbon Decision setting up that body with a post-Lisbon Regulation.

What are the consequences of the opt-in? Denmark has the power to denounce ‘all or part’ of the Protocol, which also includes an opt-out relating to EU defence policy, without a need for a Treaty amendment. (Note that Denmark’s opt-out from the obligation to adopt the EU’s single currency is set out in a separate Protocol).

However, Denmark also has another option available to it: to replace the current complete opt-out for post-Lisbon JHA measures not linked to the Schengen acquis with a selective opt-out, ie the power to opt in to JHA measures on a case-by-case basis. According to press reports, this is what the Prime Minister proposes. In light of this, it simply isn’t accurate to say that Denmark would be voting to ‘give up its JHA opt-out’.

If the public vote in favour, Denmark would have the same power that the UK and Ireland have to opt in to JHA measures on a case-by-case basis, either within three months after those measures are proposed or at any time after they are finally adopted. However, unlike the UK and Ireland, Denmark will continue to be fully bound by EU measures on visa lists (ie with no-opt-out possibility), and will also continue to participate in the Schengen rules (although those rules would then have the force of EU law, not international law, in Denmark).

It would be up to the Danish government and parliament to determine what arrangements apply to opting in, as a matter of national law. If national law permits, it is open to Denmark to provide, if it wishes, that its national parliament must approve every opt-in decision, possibly by a higher majority in some or all cases. The Danish government could also announce in advance which measures it would (and would not) seek to opt in to.

To clarify the potential impact of the decision, the Annex to this post contains a complete list of all current measures or proposals which Denmark could opt to participate in if the public chose to vote for a selective JHA opt-out in place of the current complete opt-out. Again, though, Denmark could choose to participate in only a small number of these measures if it wished.

While it is sometimes claimed that EU opt-outs are not really genuine, because Member States will face undue pressure to opt-in to EU measures regardless, the evidence of the last 15 years clearly refutes this assertion. In practice, Denmark and the UK have not been forced to adopt the single currency, and the UK and Ireland have opted out of a growing number of JHA measures.

Note: this list does not include measures which have expired or been replaced (or which will be replaced as of July 2015). It also does not include international treaties with third States, since at least in some cases, Denmark has parallel arrangements in place with the countries concerned. The most important treaties in question concern readmission, visa facilitation, the Hague Convention on maintenance and treaties on mutual assistance, extradition and exchange of police information.