Cameron’s ‘emergency brake’: killing the free movement of persons, or saving it? 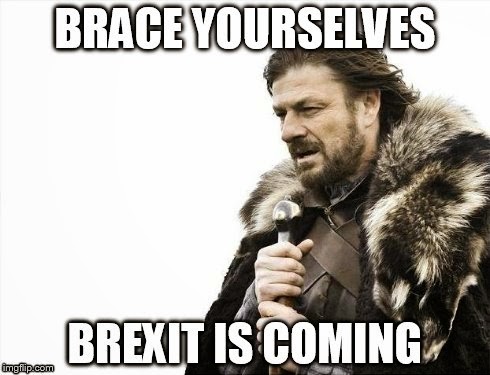 
Imagine that pro-Europeans in Britain had a time machine, but only enough power to use it once. Where (or rather, when) should they go? There’s only one possible answer: they should go back to 2004, and move heaven and earth to convince the British government of the day not to allow immediate free movement of workers from all of the new Member States about to join the European Union. For despite the economic benefits of this decision, it has been an unmitigated political disaster as regards public support for the UK’s EU membership (and, it should be added, for the UK Labour Party).
We don’t have a time machine – although I often wonder if Nigel Farage might have used one, to go back and somehow trick Tony Blair into making that fateful decision. Instead, we have to deal with a situation in which the free movement of people is being increasingly painted as a fundamental flaw with the EU, which the UK should either leave the EU to escape or demand to be renegotiated.

In his earlier discussion of his renegotiation strategy, such a major change in free movement of people was not foremost in David Cameron’s agenda. So, as I suggested at the time, it might be possible to address the UK’s renegotiation issues by a Decision of Heads of State and Government, as was the case for the Danish and Irish concerns about previous treaty amendments.


Now that significant change to the free movement rules is a ‘red line’ for the Conservative party in the renegotiations (if it is in a position to carry them out after next year’s general election), this would no longer be sufficient. So it’s time to take a fresh look at Cameron’s renegotiation positions, looking in turn at the free movement of people and the other issues he has raised. Then I will answer a critical political question:  should pro-Europeans support such changes?


Free movement of people
The basic rules on free movement of people appear both in the Treaties and in secondary legislation. Treaty provisions set out the basic right of EU citizens to move and reside freely, which is allied to a right of non-discrimination on grounds of nationality. There are also specific provisions on free movement of workers, the self-employed, service providers and recipients and (implicitly) students. In addition, there is secondary legislation, principally (but not only) the citizens’ Directive and the Regulation on social security coordination.


The legislation could be changed much more easily than the Treaties. In particular, it would need only a qualified majority vote in the Council and agreement in the European Parliament to change the legislation (the Commission would also have to be persuaded to propose the amendments).
However, there’s a limit to what legislative change could accomplish. For instance, some of the details of access to benefits could be changed in principle. But the underlying rule of the free movement of people is set out directly in the Treaties, which are directly effective and take priority over conflicting national law and conflicting EU secondary legislation. That means that EU legislative changes would be invalid if they restricted free movement rights too severely, or amounted to discrimination between EU citizens (for an example of a change to the social security rules which was struck down by the EU Court of Justice, see the Pinna case).
Some changes could come about by the Court’s own jurisprudence. Earlier this year, it gave a restricted reading of the free movement rights of convicted criminals. In November, it will deliver a potentially important ruling on EU citizens’ access to benefits. (I’ll blog later on both points). But again, this can’t affect the fundamental rules of free movement.

The citizens’ Directive and the Treaties allow for free movement to be restricted on grounds of public policy, public security and public health, but it’s clear from the Court’s case law (and the text of the Directive) that this can only apply in individual cases, and never on economic grounds.

So to overturn the core of free movement rights, the Treaty would have to be amended. This would entail ratification by all Member States of the treaty amendment (which would probably take the form of a protocol to the existing Treaties).


What could such a protocol include? There’s a wide range of options. It could simply establish a power to derogate from free movement rules, leaving the details to be agreed afterward. This would probably not be enough to satisfy the critics of free movement in the UK, who would question whether the limitations would ever actually be put in place.
It could, as Cameron has suggested, provide for an ‘emergency brake’ on the numbers of people. Some have compared this to the ‘emergency brakes’ already in the Treaty regarding the adoption of legislation in some areas, such as criminal law and social security. As a limitation on a substantive right, it should better be described as a safeguard clause. But let’s stick with Cameron’s phrase, to avoid any confusion.

There are prior examples of such clauses. One good example is the agreement between the EU and Norway, Iceland and Liechtenstein on the extension of the common market to those states – the European Economic Area (EEA) treaty.

That treaty allows safeguard measures to be taken unilaterally, if there are ‘serious economic, societal or environmental difficulties of a sectorial or a regional nature’ which are ‘liable to persist’. Those measures must be proportionate to the problem in question. A party which wants to invoke this clause must inform the other parties and consult with them, and wait one month after the notification before implementing them. The other parties can reciprocate with ‘proportionate rebalancing measures’. As far as I know, this clause has never been invoked.


Another example is the accession treaties with newer Member States. The  transitional clauses in these treaties permit the free movement of workers to be suspended during the transitional period of seven years after accession, if a Member State ‘undergoes or foresees disturbances on its labour market which could seriously threaten the standard of living or employment in a given region or occupation’. Its intention must be approved by the Commission, but any Member State could appeal the Commission’s decision to the Council, which can overturn it by qualified majority. This provision has been used by Spain.
The latter limitation is the best template for any new provisions, since it relates specifically to the free movement of workers. Of course, this begs the question as to whether any Treaty renegotiation should only permit limitations as regards workers, or other categories of persons as well. If the limits only apply to workers, what happens if a person enters as a student, and then gets a part-time job or drops out and seeks employment? Equally, how to count a family member of an EU citizen who was not economically active when he or she entered the country (or who was born there), but who looks for a job later on?
There’s no need to follow the existing template exactly, of course. The notion that the Commission and/or Council is in charge of invoking the derogation might be a difficult ‘sell’ in the UK, for instance. Having said that, even if the Commission or Council has no role in approving the decision, the Commission would be able to challenge the use of the clause by means of an infringement action; equally the invocation of the safeguard could be challenged in the national courts.
Furthermore, other Member States might want the rules on invoking the derogation to be more precise, for instance referring to increased movement and/or rates of unemployment and lower rates of growth. There might be a rule on proportionality (as in the EEA provision).
More radical suggestions are that Member States should be allowed to apply a points system for EU immigration, or apply immigration quotas (as suggested by Boris Johnson). Such approaches would entirely destroy the idea of free movement, and so are unlikely to be accepted by other Member States. After all, why should they sign up to a Treaty amendment which would effectively mean that (as far as free movement of people is concerned) the UK is not a member at all? What advantage does that have (for them) as compared to letting the UK leave the EU?
Other issues


David Cameron has also suggested changing the rules on ‘ever closer union’. There’s useful wording on this issue in the June European Council conclusions which could simply be inserted into the Treaties. As for equal treatment of non-eurozone States (another Cameron bugbear),the UK’s concerns on this front could also be addressed by amending the special Council voting rules, or by adapting the wording of the clauses governing the use of enhanced cooperation in the Treaties.
More generally, any Treaty amendments which the UK requests would raise questions of the quid pro quo that should be offered in return. Possibly, any use of the free movement derogation would trigger an obligation to make payments into the unemployment or welfare systems of other Member States, and the protection for non-eurozone States would have to be accompanied by treaty amendments permitting those States to go ahead more easily with further integration among themselves.


What should pro-Europeans do?
The initial reaction from pro-Europeans to any and all suggestions that free movement rules should be changed is to defend the status quo. In principle, this is understandable. Personally, I agree with the free movement of people: in the words of Rene Zellweger, the idea ‘had me at “hello”’. Objectively, there are sound economic reasons to support the concept.


However, as democrats we cannot simply ignore the widespread public concern about free movement. Pro-Europeans should therefore support some form of reform of the free movement rules – either the legislative amendments described above, or a limited possibility for an emergency brake.  Simply refusing to accept any change will allow the real enemies of free movement (and the EU more generally) to paint pro-Europeans as undemocratic elitists.
Some might argue that pro-Europeans should not in any way accept the arguments being made by Nigel Farage, given the racist and misogynistic attitudes of some members and supporters of the UK Independence party. But that’s not a reason to resist any reform of free movement law. Exactly the opposite: it’s the reason to embrace reform. A pro-European case can be made for limited legislative reform, or the imposition of a safeguard clause in exceptional circumstances, which keeps intact the core free movement rules. That way, pro-Europeans can still make the case for the value of these rules, while responding to public concern about those rules. A refusal to accept any reform increases the risk that there will soon be no free movement (and no EU membership) at all. Free movement of people, and the UK’s membership of the European Union, cannot be sustained without democratic consent.