Migration in Europe and the Problems of Undercriminalisation 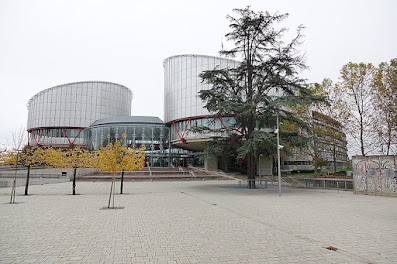 By Amanda Spalding, Lecturer in Law, University of Sheffield

As five million refugees enter Europe having fled Ukraine, Denmark and the UK prepare for off-shore processing of asylum applications and Frontex tells us that in the first half of 2022 irregular entries to the European Union are up 84%, it is difficult to keep up with rapid and ever-changing laws and policies on migration. However, it is important to continue to reflect on the broader legal context that these developments are situated within, especially the human rights framework that will be crucial in providing some level of protection. This protection, though, is far from robust and subject to being increasingly undermined by other trends in the law.

The following blog post summarises some of the main themes of my new book, The Treatment of Immigrants in the European Court of Human Rights.

The Criminalisation of Immigration

The criminalisation of immigration has long been noted by scholars across Europe and beyond. The criminalisation of immigration – sometimes called ‘crimmigration’- refers to the increased entwining overlap of the criminal justice system and the immigration system. This entwining takes multiple different forms including the law. The legal framework surrounding immigration increasingly draws on the criminal law by creating a huge number of immigration offences. This includes the criminalisation of the most basic immigration offences such as irregular entry or stay which is widely criminalised in Europe with varying levels of seriousness (see the Country Profiles by the Global Detention Project). For example, the level of fine for such an offence can be relatively low such as in the Czech Republic and Estonia where maximum fines are below €1,000 whereas in countries such as Austria, Cyprus, Italy and the UK maximum fines exceed €4,000. Most European states, including the UK, Sweden, Norway, the Netherlands, Ireland, Germany, France, Finland and Denmark, set the maximum prison term for these types of crime at between six months to one year. In practice though some states such as Germany and Finland rarely use imprisonment whereas in others such as Bulgaria and the Czech Republic there is evidence of extensive inappropriate use of imprisonment against asylum seekers.

Criminalisation is not confined to migrants themselves but also affects those who facilitate their irregular entry and stay. Article 1(1)(a -b) of the EU Facilitation Directive requires Member States to create appropriate sanctions for those who deliberately assist irregular entry to or stay in a Member State with Article 1(1)(b) requiring the imposition of sanction on anyone who does so for financial gain. The aim of these measures was, at least in part, to tackle organised crime. Article (1)(2) of the Facilitation Directive does allows Member States to provide exceptions for those who provide such assistance for humanitarian reasons but it does not require them to do so. Thus, there are varying standards across Europe as to when the facilitation of entry or stay is a punishable offence with some countries allowing for broad criminalisation including situations of humanitarian assistance. The prosecution of individuals providing help such as Lisbeth Zornig Andersen in Denmark, the criminalisation of rescue where those who aid migrant boats in distress as sea have faced criminal charges and extensive criminalisation of NGO organisations providing asylum and humanitarian assistance have all been incredibly controversial. Many states have also gone further and criminalised other interactions with migrants such as the letting of accommodation to those with irregular status.

Immigration and criminal law have become further entwined by the increased use of immigration measures as a consequence of criminal conviction. Although public security has long been a ground for deportation in many European countries, its use in recent years have become increasingly punitive and severe. Over the last twenty years states such as the UK, Denmark and Germany have all passed laws that make deportation an automatic result of many criminal convictions and the UK and Norway now have separate prisons to hold foreign national prisoners.

There has also been a significant increase in the immigration detention estate across the EU with varying types and uses as explored by Elspeth Guild in her ‘Typology of different types of centres in Europe’ for the European Parliament. There has also been a huge increase in surveillance of migration. The EU has created a ‘plethora of systems’ regarding border control including the EURODAC database which holds migrant fingerprint data, the Visa Information System (VIS) which stores the biometric information on all third country nationals who apply for a visa in the Schengen area and Eurosur which is a surveillance system which uses drones, sensors and satellites to track irregular immigration. The use of fingerprint and other surveillance technology in immigration control in and of itself has connotations with the criminal law but this is further compounded by Europol (European Police Office) and national law enforcement agencies being given access to some of this data.

There are thousands of other elements to the criminalisation of immigration trend, not least the rhetoric surrounding migration in many European states, but there is a possibility that focusing too much on criminalisation is actually a bit of red herring. The complex powers and systems in immigration law and policy mean that much of the stigma and severity of the criminal law is being endured by migrants but often without the concurrent procedural safeguards that the criminal law provides. The problem for immigrants may be then conceptualized as a problem of ‘undercriminalisation.’ Ashworth and Zedner offer a clear definition of this practice: “undercriminalisation can be said to occur when the state sets out to provide for the exercise of police power against citizens in alternative (non-criminal) channels which are subject only to lesser protections inadequate to constraining an exercise of power of the nature and magnitude involved… undercriminalisation occurs where the failure to designate a preventative measure as criminal deprives the citizen of what is due to her, in view of the substance of the restrictions on liberty and possible sanctions involved in the ostensibly preventative measure.”

Thus, in a perverse way, immigrants might be better off if the whole system was being criminalised as they’d benefit from far more procedural safeguards and judicial oversight than they do now. It is also possible that this is not simply ‘undercriminalisation’ but the beginnings of a two-tier system in both criminal justice and human rights. The intersection of these two can already been seen in the UK government’s proposed Bill of Rights Bill which seeks to severely limit certain human rights for migrants, particularly foreign national offenders.

The ECtHR and Migration

In order to appreciate the risk of this two-tier system, it is important to understand how the European Court of Human Rights has responded to the increasingly harsh immigration system and where there are significant gaps in protection. For example, the lack of a proper necessity and proportionality test when considering the arbitrariness of immigration detention means it has the lowest level of protection of any form of detention and as Professor Costello put it: has been left “in its own silo.” Likewise the failure of the Court to apply the right to a fair trial contained in Article 6 to immigration decisions has barely been discussed by academics and advocacy organisations despite the fact that this is an incredibly powerful and fundamental right that would serve as a crucial check on state power. The fact that immigration decisions and detention are becoming increasingly bound up with the criminal law means that we should be especially careful to scrutinise the legal approach to such issues, with many criminological and sociological scholars challenging the long-held legal conception of immigration measures as non-punitive.

Finally, it is important to continuous reflect on the fact that the criminalisation phenomenon is part of a wider trend of very harsh immigration regimes in Europe and the two are often related. The criminalisation phenomenon may increase the harshness with which immigrants are dealt with and exacerbate existing issues, but it is not always the root problem in the failure of the Court to protect migrants fully.  As already demonstrated in depth by others such as Professor Costello and Professor Dembour, there are significant issues with how the European Court of Human Rights approaches migrants’ rights and that to truly understand the treatment of immigrants in Europe, the criminalisation of immigration framework may be insufficient. This is a trend that must be subject to rigorous scrutiny. Beyond the clear moral issues with having a two-tier human rights and criminal justice system, the Court’s approach poses other dangers. The general failure of the Court to engage in proper scrutiny of state immigration power and policies means that it may allow racial discrimination to go unchecked. The approach of the Court to immigration matters may also seep into other areas of its case-law and mean a general erosion of rights for everyone, immigrants and citizens.