Will UK citizens have to pay to visit the EU after Brexit? 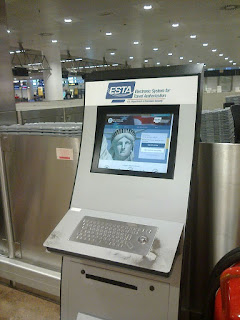 Following a Guardian article on Saturday, and the Home Secretary’s confirmation on Sunday, it’s clear that the EU is planning to institute some kind of Electronic System of Travel Authorisation (ESTA) in future, which could well apply to UK citizens visiting the EU after Brexit. I’ll examine the background, context and consequences in this post.

What is an ESTA?

Nor is an ESTA a tourist visa. A lot of people have confused it with one, perhaps because a Guardian sub-editor initially put an inaccurate headline on the original story (I see the online headline has since been corrected). A tourist visa is a bigger hassle for visitors than an ESTA, since travellers must visit a consulate or pay an agency to handle their application. It entails higher fees and a longer waiting period, and probably a bigger risk of rejection.

During the Brexit referendum campaign, the prospect of a visa regime between the UK and EU was not raised by the Leave side generally. However, it was raised by a junior minister, Dominic Raab, and at the time I trashed the idea here. Since then, Theresa May has shown sufficient judgment to return Raab to the backbenches, so hopefully we have heard the last of this idea for a while.

So what is an ESTA? It’s a way of gathering travellers’ information in advance of travel, usually for citizens of countries subject to a visa waiver, for instance the USA and Japan. In fact, the best-known example of an ESTA is the American version, although there are several other countries with one.  If a traveller fails to complete an ESTA in advance of travel, they will likely be denied boarding or admission at the border.  The US version includes a fee for administration and tourism promotion. Usually the form is completed, and the fee paid, online. It’s recommended to complete the ESTA form several days in advance, although on my last trip to the USA, I did it just before dashing out of the house to catch my plane. (I am not suggesting this as best practice).

The EU has been considering an ESTA for a while. It would form part of the Schengen system of standardised external border controls, which are paralleled by the abolition (in principle) of internal border controls between Schengen States. The Schengen states comprise all the remaining EU countries except Ireland – although Romania, Bulgaria, Cyprus and Croatia do not fully participate yet – plus four non-EU Schengen associates (Norway, Iceland, Switzerland and Liechtenstein).

Other non-EU citizens are subject to more intensive checks at the Schengen external border, as set out in the Schengen Borders Code. There’s a simple reason for this: they don’t have an underlying right to stay in the country, whereas citizens of EU Member States and the Schengen associates do – subject to exceptions. There are also distinctions between non-EU countries: some (like the US or Canada) have a visa waiver from the Schengen countries, while others (like India and China) don’t.

An ESTA was first discussed in a Commission discussion paper back in 2008. This was followed up by a very detailed study in 2011 which recommended against the idea, after which the Commission dismissed it.  In 2013, the Commission decided instead to propose an entry-exit system, which would record the movements of non-EU citizens (besides the Schengen associates) into and out of the Schengen external borders. Discussions on that proposal moved slowly, and the Commission proposed a new version of it in spring 2016. The intention is to agree on this system by the end of the year, although it will take several years afterward to get the system up and running in practice.

At the same time, the Commission revived talk of a possible EU ESTA, in a discussion paper on EU information systems. This excited many Member States, as can be seen by a Dutch EU Council Presidency paper published in the spring, which argued that the system could be a quid pro quo for visa waivers with countries like Ukraine and Turkey. Now the idea is on the agenda for the summit of the ‘EU27’ (ie the EU without the UK) to be held this week. It is being pushed by France and Germany in particular. Surely only a cynic would link this to the upcoming elections in those countries…

Like the entry-exit system, an EU ESTA would take some time to set up. The details of how it would work would remain to be determined: the Commission is due to make a proposal this autumn, which would then be agreed by the Council (only Schengen States get a vote, so not the UK) and the European Parliament. So it might not follow the US model exactly, in terms of fees or the link to the broader border control system, or the two-year period of validity.

For one thing, some of the EU documents suggest an EU ESTA will apply at external land borders, whereas the US system does not. Also, some EU papers suggest an ESTA will be used as a method of screening people and denying them entry in advance, while others refer to it simply as generating information for border guards to use to speed up their work. It’s not clear whether an ESTA would apply to those UK citizens who live in the EU already, if they (for instance) visited the UK and then returned to France.

But it does seem very likely that it will apply to all non-EU countries which don’t have a treaty on free movement of citizens with the EU. This would follow the existing model of the Schengen Borders Code, the Schengen Information System (which includes data on non-EU citizens to be refused entry) and the proposed entry-exit system. It’s simply common sense: fast-track entry at the border for those who are not subject in principle to immigration controls, but scrutiny at the border (or in advance of it) for those who are.

It’s been suggested that the application of an EU ESTA to the UK would be an act of ‘spite’. This is simply ridiculous. If a country leaves the EU, it leaves behind both the pros and cons of membership. In short: divorce doesn't come with bed privileges.

Many on the Leave side argued that the UK should leave the EU and then stop applying free movement law, so that it could exercise more control over EU citizens at the border. Applying an EU ESTA to UK citizens would just be exactly the same principle in reverse. Equally UK citizens would no longer be fast-tracked at Schengen external borders, would be subject to the EU entry-exit system and (for a few) would be listed in the Schengen Information System as people to be denied entry into any Schengen State. This isn’t ‘scaremongering’: it’s simply a description of existing and proposed EU law.

So will the UK be subject to an EU ESTA after Brexit? The obvious way to avoid it (and the other forms of stepped-up border control) would be to conclude a deal on free movement of persons with the EU (this need not mean joining Schengen). Arguably even a free movement deal with derogations – for instance, limiting the numbers of EU citizens who can work in the UK in some way – could justify an exemption from stepped-up border controls, as long as those UK controls are not applied at the border. I can foresee the counter-argument that ‘the EU will never negotiate an exception to free movement of people’; but has it occurred to anyone that this might simply be a negotiating position?

If an EU ESTA does end up being applied to UK citizens, the UK could reciprocate with a system of its own, applied to EU visitors. But this doesn’t rule out some form of deal on immigration flows between the UK and the EU, which could be agreed in return for continued UK participation in the single market.  The mere existence of a UK ESTA – perhaps accompanied by some other form of immigration safeguard on EU citizens – might arguably go some way to satisfying those who want additional border controls. It could be accompanied by further mutual sharing of data on serious convicted criminals, for use in the ESTA process. Latvia’s daft decision to release a convicted murderer after only a few years in prison should not have had tragic consequences in the UK, or any other Member State.