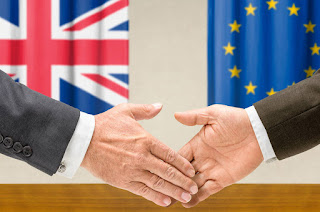 Article 50 was added to the Treaty on European Union (TEU) by the Treaty of Lisbon. It forms the legal basis for withdrawal from the European Union (EU). In other words, it confirms the possibility of withdrawal from the EU that many academics and legal practitioners believe also existed before the entry into force of the Treaty of Lisbon. Furthermore, Article 50 TEU regulates the withdrawal procedure. It might, however, be argued that Article 50 TEU is incompatible with the nature of the EU, as well as that it undermines loyalty of the Member States towards the idea of European Integration. What is more, one may pose the following question: what kind of a withdrawal mechanism is desired?

The Nature of the EU

It could be argued that the inclusion of the withdrawal clause in TEU is incompatible with the nature of the EU. There is no doubt that special characteristics of the EU legal order, which were defined by the Court of Justice of the European Union (CJEU), inter alia, in Costa v ENEL and Commission v France (Case 7/71), have affected the nature of the EU. What is more, the CJEU has consistently stressed in its judgments two key aspects of the nature of the EU, namely the unlimited duration of the founding treaties and the irreversible nature of the integration process.

In accordance with Article 53 of TEU, the TEU is concluded for an unlimited period. The Treaty on the Functioning of the European Union (TFEU) contains an identical clause. As a result, one may pose the following question: is Article 50 TEU incompatible with Article 53 TEU and Article 356 TFEU? The starting point is an interpretation of the wording of Article 53 TEU and Article 356 TFEU. It appears that the phrase ‘an unlimited period’ only applies to the unlimited duration of the founding Treaties. In other words, Article 53 TEU and Article 356 TFEU cannot be construed in such a way as to require the permanence of membership of the EU and consequently exclude the possibility of withdrawing from the EU. An alternative interpretation might be that if TEU and TFEU are concluded for an unlimited period, then they must be permanent. If they are permanent, then there must be no legal way of withdrawing from the EU.
However, the alternative interpretation of Article 53 TEU and Article 356 TFEU suffers from two drawbacks. Firstly, it does not distinguish between the permanence of an international organization and membership of such an international organization. To put it more simply, the international organization itself can be permanent even if its treaty contains an exit clause. Secondly, one must remember that the Member States are the ‘masters of the treaties’. As a result, they have the power to introduce new treaties, as well as to amend the existing treaties, including the procedural objection that the CJEU has no jurisdiction to strike down ordinary treaty amendments.

Loyalty of the Member States

The next issue that has to be addressed is loyalty of the Member States towards idea of European integration. The starting point is the concept of loyalty formulated by Albert O. Hirschman, a Germany-born development economist. In accordance with Albert O. Hirschman’s concept, loyalty is the extent to which members of an organization are willing to trade off the certainty of an exit against the uncertainties of a significant improvement in the deteriorated product. To put it more simply, if the organization has demonstrated some decrease in quality or benefit to its members, then they can either withdraw from a relationship (exit) or attempt to repair the damage (for example, by suggesting important changes) done to the relationship (voice).

From a practical point of view, loyalty persuades members of the EU to use a voice rather than an exit. Moreover, loyalty provides hope that reforms can be pushed through from within. Thus, loyalty and the voice make each other stronger. On the other hand, the existence of Article 50 TEU undermines loyalty of the Member States towards the idea of European integration.

There is no doubt at all that the inclusion of the withdrawal clause in TEU makes withdrawal from the EU legally available and practically feasible. As a consequence, from the point of view of Eurosceptics, the criticism, for example, of EU red tape, of free movement of persons, of regulatory procedures, of additional costs, and of a transfer of huge amount of power to the EU is designed to make a case for withdrawal rather than to suggest important changes.
Withdrawal Negotiations

The aforementioned arguments lead to the conclusion that Article 50 TEU  advantages the EU and its institutions from the very outset of the withdrawal negotiations. Hence, the question is: what kind of a withdrawal mechanism is desired? In theory, there are three withdrawal mechanisms, namely: (i) state primacy; (ii) federal primacy; and (iii) federal control. Pursuant to the state primacy mechanism, a state has an absolute, immediate and unilateral right of withdrawal. The adoption of the state primacy mechanism shows a lack of commitment between the parties. When it comes to the federal primacy mechanism, an act of withdrawal is legally impossible in accordance with the principle ‘once a member, always a member’. Unlike the latter, the federal control mechanism provides for an act of withdrawal, which requires the approval of a withdrawing state as well as of those states left behind. In practice, in order to adopt a desired withdrawal mechanism, the EU institutions and the Member States would have to define what their interests are. They might be the same or overlapping. Further, the upcoming withdrawal negotiations between the UK and the EU (and their outcome) would have to be taken into account.
Conclusion

Article 53 TEU and Article 356 TFEU cannot be interpreted in such a way as to exclude the possibility of leaving the EU. A British departure from the EU will surely undermine loyalty of the Member States towards the idea of European integration. What is more, most controversial questions relating to withdrawal negotiations should be answered before the conclusion of a withdrawal agreement between the UK and the EU. However, according to Giuliano Amato, a former prime minister of Italy, Article 50 TEU was never actually meant to be used. It remains to be seen whether he is right.

Athanassiou Phoebus, ‘Withdrawal and Expulsion from the EU and EMU’ (European Central Bank, Legal Working Paper Series 10, December 2009)
Friel Raymond, ‘Providing a Constitutional Framework for Withdrawal from the EU: Article 59 of the Draft European Constitution’ (2004) 53 ICLQ
Hillion Christophe, ‘Accession and Withdrawal in the Law of the European Union’, in Anthony Arnull and Damian Chalmers (eds), ‘The Oxford Handbook of European Union Law’ (OUP, Oxford 2015)
Hofmeister Hannes, ‘’Should I Stay or Should I Go?’ – A Critical Analysis of the Right to Withdraw from the EU’ (2010) 16 Eur LJ
Montero Carlos Closa (ed), ‘Troubled Membership: Dealing with Secession from a Member State and Withdrawal from the EU’ (European University Institute Working Paper RSCAS 2014/91)