Brexit and business and human rights litigation in England 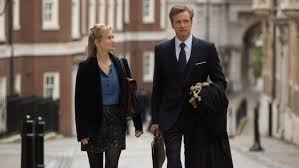 In wake of the UK’s EU membership referendum result, people from all walks of life are wondering what will happen next. While a big uncertainty looms over the political questions surrounding the process of the UK’s exit from the EU, the repercussions go far beyond the UK – and  some of those wondering “what next” are likely overseas victims of human rights abuses by British corporations. The question remains as to what happens to all the EU law that either the UK has transposed into its legal order via acts of parliament, or that have direct application in the UK, such as EU Regulations.

Brussels I Regulation (Recast) is one of many such EU law instruments. It prescribes the rules on jurisdiction of member state courts, as well as the rules on the recognition and enforcement of judgments in civil and commercial matters within the EU. It has been predicted that the UK's adherence to the Brussels I regime “is likely to be significantly modified, if not entirely replaced, in the event of Brexit.” The authors of that piece outline the different scenarios on the fate of the English rules on civil jurisdiction post-Brexit. The course chosen may have an impact on the ability of human rights victims overseas to bring suit against multinational enterprises (MNEs) in UK courts.

Jurisdiction over Civil Liability Claims against Multinationals domiciled in England

Rights advocates are increasingly bringing lawsuits in the global north to hold MNEs accountable for human rights harm caused by their overseas subsidiaries. Among the reasons for pursuing the MNE in its “home” state (the state where they are domiciled – see Article 60 of Brussels I) are the existence of a dysfunctional legal system in the host state (place where the harm occurred) and/or a defunct or underfunded subsidiary. England is a popular jurisdiction for bringing such suits against UK domiciled MNEs. It is home to many multinationals and it offers advantages for creative litigation. Victims and their lawyers generally seek reparations from the parent entity on the basis of common law tort principles. While rights defenders are eager to hold parent companies accountable for harm inflicted by their subsidiaries, the legal landscape in the global north is fraught with obstacles to holding parent companies liable. Among them are the rules on civil jurisdiction.

In England, the forum non conveniens doctrine (FNC) used to be a major challenge to bringing suit against an MNE domiciled in England for harm caused overseas by its subsidiaries. The FNC allows English courts to refuse to exercise jurisdiction over a case if another forum is clearly better suited to adjudicate the case, due to for instance location of evidence and witnesses. A number of cases brought in England were protracted due to a battle over FNC. Claimants had to demonstrate substantial denial of justice in the host state legal system in order to convince English courts to exercise jurisdiction (see Connely v RTZ Corporation, Lubbe v Cape Plc).

Article 2 of Brussels I and its interpretation by the Court of Justice of the EU (CJEU) in Owusu v Jackson blocked the use of the FNC doctrine by English courts in civil liability suits filed against MNEs domiciled in England. According to Article 2 ‘persons domiciled in a Member State shall, whatever their nationality, be sued in the courts of that Member State.’ There is no indication here as to whether this rule would prevail if the lawsuit concerns events that occurred or harm suffered overseas (i.e. outside the European Union). In Owusu v Jackson, the CJEU held that Article 2 precludes a member state court from "declining  to exercise jurisdiction on the ground that a court in a non-EU would be a more appropriate forum" and thus jurisdiction shall be exercised over the UK domiciled MNE even if the dispute has certain connections with a state outside the EU.

Years need not be wasted fighting a jurisdiction battle

Article 2, read together with Owusu, brought an end to the protracted litigation over whether a lawsuit against an MNE domiciled in England should be adjudicated by English courts or the courts of the host state. Admittedly, adjudicating the dispute before English courts does not guarantee the liability of the parent company. That depends on whether the facts of the case warrant holding the parent liable under the law applicable to the substance of the case (which is likely to be the law of the country where the harm occurred – see Article 4 of the Rome II Regulation).

Nevertheless, the defeat of the FNC defence was not in vein. Even though we are yet to see a ruling that holds the parent company liable for harm caused by an overseas subsidiary, lawyers continue filing strategic cases with English courts with the confidence that they would not lose years battling an FNC challenge. MNEs are less able to protract litigation through jurisdictional questions, draining victims of the funds necessary to support the litigation. Brussels I gives victims a real chance to plead their case before home state courts, and thus attract more public attention to the alleged wrongdoings of MNEs that sometimes paint a ‘socially responsible’ picture to their consumer base in the global north. Finally, the concern of fighting such a claim on its substance pushes major MNEs like Royal Dutch Shell to offer out of court settlements to victims for amounts much greater than they would have offered in the absence of such concern. Although such settlements prevent the development of legal precedent in this area, they provide much needed relief to individual victims.

If the UK leaves the EU and no longer complies with Brussels I, without a post-exit deal between the two entities that incorporates equivalent provisions, the FNC defence is likely to be resurrected in business and human rights litigation against MNEs domiciled in England. This would be a big step back for access to justice in England for overseas victims of business abuse.