Extradition to non-EU countries: the limits imposed by EU citizenship 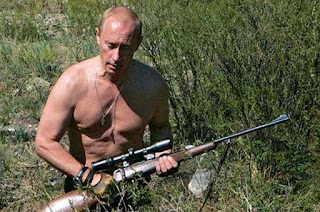 One of the best-known EU laws created the European Arrest Warrant (EAW), which replaced the prior rules governing extradition between Member States. But on the other hand, in principle EU law has nothing to do with extradition to non-EU countries, except where the EU has agreed a treaty on this issue (as it has with the USA and Norway and Iceland), or as regards asylum-seekers (the EU’s asylum procedures law limits their extradition to their country of origin, because it’s necessary to determine first if the country which seeks to prosecute them is in fact persecuting them).

Yesterday’s CJEU judgment in Petruhhin altered this legal position. EU law does apply to such issues, and the Court clarified some relevant issues while leaving others open. Furthermore, the judgment raises the question of future UK/EU relations on extradition following Brexit.

A key feature of extradition law is that in principle most States will not extradite their own citizens, although within the EU, the EAW law has overruled any absolute ban on surrendering nationals as between Member States. While the refusal to extradite citizens could run a risk of impunity if those citizens commit criminal offences in another country, most States avoid that risk by extending their criminal jurisdiction to cover acts of their citizens committed outside their territory. In fact many EU laws and international treaties require States to assert such extraterritorial jurisdiction as regards specific transnational crimes.

The EAW law says a little about possible conflict between EAWs and extradition requests from third countries. It states simply that in the case of such a conflict, the national authority should decide which takes priority ‘with due consideration of all the circumstances’, including the relevant treaty and ‘the relative seriousness and place of the offences’, the relevant dates of the requests and whether the extradition request or EAW aims to obtain custody of a fugitive for trial or to serve a sentence already imposed.

This compares with the original proposal for the EAW law, which always gave priority to an EAW if the extradition request came from a country which was not party to the Council of Europe Convention. That clause was dropped following intensive lobbying from the US government, while the law was being negotiated in autumn 2001 (the EAW law was largely motivated by the 9/11 terrorist attacks, although it is not limited to terrorist offences).

The Petruhhin case concerned an Estonian citizen sought by the Russian government for prosecution for organised crime offences. He was safe from extradition to Russia as long as he stayed in Estonia, since that country will not extradite its nationals outside the EU. But at one point he was arrested in Latvia, which decided to implement the Russian request. While Latvia also refuses to extradite its own citizens outside the EU, an Estonian citizen prima facie obviously cannot rely on that protection.

So Mr Petruhhin tried to rely on his transnational form of citizenship instead, arguing that since he was an EU citizen in another Member State, he was entitled to equal treatment with Latvians – therefore protecting him from extradition from Latvia to Russia, just like them. (Logically if his argument had worked, he would also be protected from extradition from any other Member State which refuses to extradite its own citizens to Russia).

The CJEU ruled first of all that the despite the absence of EU law on this issue, the dispute fell within the scope of EU free movement law, since Mr Petruhhin was exercising free movement rights. Therefore he had a right to equal treatment with nationals of Latvia in principle. However, a breach of that equality right could be justified on the grounds of avoiding impunity from prosecution for alleged criminal offences: Latvia, like most States, extends its criminal jurisdiction to cover acts of its own citizens abroad, but not the acts of citizens of other countries abroad. This distinction between the position of Latvians and citizens of other Member States can justify different treatment as regards protection from an extradition request.

Having said that, the Court added a crucial rider. To limit the effect of its ruling upon free movement rights (the proportionality principle), it ruled that Latvia has to contact the Estonian authorities first, to see if they wish to prosecute him there on the basis of their extraterritorial jurisdiction, before handing him over to Russia. That’s an important proviso, as many people believe they are more likely to be treated fairly in the courts of their own State. At any rate, this likely means they will have access to defence and court proceedings in their own language, with any pre-trial detention closer to friends and family.

Finally, the Court stated that any extradition to Russia was subject to the ban on torture or other inhuman or degrading treatment set out in Article 4 of the EU Charter of Fundamental Rights, which transposes the standards set out in Article 3 ECHR and the relevant case-law of the European Court of Human Rights on this issue. That means that if there’s a real risk of such treatment in Russia, the fugitive cannot be extradited there in any case. It should be noted that the Charter equally bans extradition to face the death penalty.

First of all, the Court was correct to assert the link between EU free movement law and extradition to third States, although its rather abstract reasoning could be improved upon. The best argument supporting this part of the ruling is rather that Mr Petruhhin would have been deterred from leaving Estonia for another Member State if he ran a risk of being extradited to Russia every time he left the country.

Next, would EU law also apply to cases where a Member State considers extraditing its own citizen to a non-EU country? The question may not arise often, since as noted already, many Member States don’t do this at all. But where they do, logically the case law on citizenship of the European Union (as distinct from free movement applies). As developed since the Zambrano judgment, this prevents citizens of their own Member State from being forced outside the EU in principle, as they are thereby deprived of EU citizenship. But logically the same limits apply by analogy: extradition of citizens can be justified on grounds of preventing immunity, but that is qualified if the extraditing State subjects its own citizens to prosecution for acts committed abroad (most do, as noted already).

Third, could there be other grounds justifying extradition to a non-EU state, besides preventing impunity? This isn’t clear from the judgment. But logically the judgment would apply by analogy to cases where a fugitive has already been sentenced to a term of imprisonment. In such cases, Latvia (say) would contact Estonia to see if the latter country could take over the punishment imposed by Russia, pursuant to the Council of Europe treaty on the transfer of prisoners or another relevant international treaty.

Could there be further grounds preventing extradition to a non-EU state, besides the Charter ban on the death penalty and torture et al, and the priority for EAWs? For instance, what if the person concerned has already been tried in a Member State, or in a third State? The EU has a cross-border ban on double jeopardy, but it only applies to Member States and Schengen associates, not to countries like Russia and the USA. Extradition treaties sometimes address this issue, but don’t always cover every double jeopardy scenario. A pending case before the CJEU should clarify this issue.

Next, logically the ruling would also apply by analogy if a third Member State could apply its jurisdiction: say an Estonian in Latvia was wanted by Russia but could potentially be prosecuted or serve a sentence in France, due to an [alleged] assault against a Russian citizen in France, or a French citizen in Russia. (Some countries assert criminal jurisdiction where one of their citizens was a victim of crime).

This brings us to the issue of conflict between an EAW and an extradition request from a non-EU state. The CJEU didn’t have to comment on this issue in its judgment, because no EAW had been issued yet. But the Court’s judgment necessarily means that there is more likely to be such a conflict in future, if Estonia indeed issues an EAW. And if that happens, the new judgment implies that the open-ended conflict rule in the EAW has to give way to the primary law of the Treaties: so the Estonian EAW has to take precedence over the Russian extradition request. The Court has in effect enshrined priority for EAWs over (almost) all non-EU extradition requests, whereas the original Commission proposal, as noted above, would have given such priority only over extradition requests from non-Council of Europe states. Perhaps the Americans should also have lobbied the Court of Justice.

But then, the USA has its own extradition deal already with the EU, as noted at the outset. (The deal with Norway and Iceland has not been ratified yet). The Court says several times in its judgment that the general rules it elaborates here are without prejudice to extradition treaties concluded between the EU and third countries. Presumably it can interpret the EU/USA treaty, since it can interpret any treaties which the EU signs with non-EU states. In fact, there’s a pending case before the CJEU which asks the Court to interpret this very treaty.

This judgment is probably relevant for Brexit. The UK government has recently hinted that it will seek some continuation of criminal law cooperation with the EU. There will be transitional issues with EAWs pending on Brexit Day, which the EU/UK withdrawal treaty concluded under Article 50 TEU will hopefully address. In fact there are already possible complications arising from Brexit in this area, as there are several challenges in Ireland to the execution of UK EAWs on the grounds that Brexit is coming. The CJEU may well be called on to address these issues even before Brexit Day.

For the position after Brexit, it’s undoubtedly possible for the EU to conclude an extradition arrangement with the UK, as the Court’s judgment actively encourages the EU to sign such treaties. In fact, the judgment might arguably be the basis of an argument for EU exclusive competence over extradition treaties with non-EU countries, on the basis that any Member State agreements would affect the operation of the EAW law, at least as regards EU citizens. That would mean that the UK could no longer sign extradition deals with individual EU countries, but only with the EU as a whole.

If no deal were reached, the UK and EU could fall back on the Council of Europe extradition Convention. But as I have noted before, this would mean far less extradition (and much slower extradition) as compared to the EAW.

If there were a UK/EU deal, Member States may still want to refuse to extradite their own citizens to the UK, as they have under the treaty with Norway and Iceland. But even if they are willing to extradite them to the UK, on whatever treaty basis, it may be arguable on the basis of the new judgment that they can’t, as long as the fugitive can be tried or serve her sentence in the remaining EU. And although the UK can still assist an EU Member State in prosecuting its own citizens, that will be far more expensive for the UK authorities than trying the person in the UK.