The Italian Job: the CJEU strengthens criminal law protection of the EU’s finances 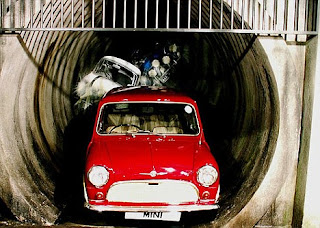 The stereotype of fraud against the EU budget is a sleazy EU official in Brussels receiving manila envelopes stuffed full of bribe money, spending his ill-gotten gains to ensure that his lavish lifestyle becomes ever more decadent. But according to the EU’s annual reports on such fraud, the typical offender is actually rather different: it’s an individual or company who finds ways to get hands on EU money being spent by the Member States, since they are largely in charge of the day-to-day management of EU spending. Furthermore, not all the breaches concern EU spending: some concern the reduction of EU income, for instance by avoiding the customs duties which apply to many goods coming from third countries.

Agreeing and enforcing EU-wide rules for such behaviour has long been a challenge. But in its recent judgment in Taricco, the Court of Justice has made a major effort to strengthen the law in this field.

The CJEU ruled back in the 1980s (in the Greek maize judgment) that Member States could not simply ignore fraud against the EU budget, but had to take effective measures to stop it. This rule was later added to the Treaties, and now forms Article 325 TFEU, which reads in part as follows:

1.      The Union and the Member States shall counter fraud and any other illegal activities affecting the financial interests of the Union through measures to be taken in accordance with this Article, which shall act as a deterrent and be such as to afford effective protection in the Member States, and in all the Union’s institutions, bodies, offices and agencies.
2.      Member States shall take the same measures to counter fraud affecting the financial interests of the Union as they take to counter fraud affecting their own financial interests.
As regards criminal law, the current legal rules on the topic date back to 1995, and were adopted in the form of an international Convention (the ‘PFI Convention’) between the Member States, which came into force in 2002. This treaty applies to all Member States except for Croatia (although the Commission has just proposed its application to that State), and the UK – which was initially a party but no longer has legal obligations to apply the Convention since it opted out of many pre-Lisbon criminal law measures as from 1 December 2014 (on that process, see further here). Among other things, the PFI Convention obliges all Member States to impose criminal sanctions for serious cases of fraud against the EU budget.

The Commission proposed a Directive to replace the Convention in 2012, and this is currently in the late stages of negotiation between the Council and the European Parliament (for an update, see here; on the legal basis, see here). It’s evident that one of the main issues remaining in the negotiations is whether the proposed Directive should apply to VAT fraud, given that a small amount of VAT revenue goes to the EU budget. The Commission and the European Parliament argue that it should, while the Council argues against, presumably because the far larger part of the losses from VAT fraud affects national budgets, not the EU budget. There are other issues in the proposed legislation, such as a more precise possible penalty for fraud, and a rule on ‘prescription’ periods (ie the time limit after which a prosecution can no longer be brought or continued).

The proposed Directive is closely connected to another piece of proposed EU legislation: the Regulation establishing the European Public Prosecutor’s Office (EPPO). That’s because the EPPO will have jurisdiction only over EU fraud, and so it’s necessary to have a definition of that concept. (On the defence rights aspects of the EPPO proposal, see discussion here); for an update on negotiations, see here). And the EPPO Regulation is in turn linked to a third legislative proposal: the Regulation refounding Eurojust, the EU’s agency for coordinating national prosecutions. That’s because there will be close links between Eurojust and the EPPO, and so the Eurojust Regulation can’t be finalized before the EPPO Regulation is agreed. (The Council has agreed all of the Eurojust Regulation except for the bits relating to EPPO links: see the agreed text here. This will still have to be negotiated with the European Parliament, however).

The recent CJEU judgment in Taricco concerns alleged VAT fraud against a national budget, and in particular the question of prescription periods. Italian rules on the breaks in prescription periods mean few cases involving VAT fraud are ever seen through to completion, since time simply runs out during the proceedings.  A frustrated Italian court therefore asked the CJEU whether these national rules infringed the economic law of the EU: namely the rules on competition, state aids, economic and monetary union and the main VAT Directive.

That left the VAT Directive. In fact, that Directive sets out the scope of VAT (ie which goods and services have to be taxed), but does not include any rules on criminal law issues. The Court therefore assumed that the national court was asking it questions about EU law more generally, and proceeded to interpret Article 325 TFEU and the PFI Convention. According to the Court, building on the previous case law such as Fransson, there was not only an obligation pursuant to the VAT Directive and Article 325 TFEU to take effective measures in general against VAT fraud to defend the EU budget, there was also a specific obligation to criminalise such activity, where it was ‘essential to combat certain serious cases of VAT evasion in an effective and dissuasive manner’. This was consistent with obligations under the PFI Convention; the Court confirmed that the Convention applied to VAT fraud, despite the absence of express provisions to this effect under the Convention. Given the size of the alleged fraud in this case (several million euros), it had to be considered serious.

Furthermore, the Court ruled that the operation of the limitation periods in Italian law infringed Article 325 TFEU. A limitation period was not objectionable as such, but national law made it effectively impossible to prosecute offences because the way in which it calculated breaks in the prosecution. Also, the national law infringed the principle of equality set out in Article 325, since other national laws on similar types of economic crime did not contain the same problematic rules on calculation of breaks.

The Court then ruled on the consequences of this breach of EU law. In the Court’s view, the national court has to disapply the relevant national law. This obligation was based on Article 325 TFEU, which sets out precise and unconditional rules on effective and equal protection of the EU’s financial interests. So the ‘precedence’ (ie, primacy or supremacy) of EU law required national law to be disapplied.

Finally, the CJEU dismissed a human rights objection to its ruling. While Article 49 of the EU Charter of Fundamental Rights does ban the retroactive application of more stringent criminal penalties than those in force when a crime was committed, the CJEU ruled (following the case law of the European Court of Human Rights on the equivalent Article 7 ECHR) that a limitation period was distinct from a substantive criminal offence. The acts which the defendants were accused of committing were undoubtedly criminal offences in national law at the time of their alleged commission, so there was no retroactivity of criminal law in the sense prohibited by the Charter.

“You were only supposed to blow the bloody doors off!” This classic quote from The Italian Job aptly summarises the CJEU’s approach to the relationship between national law and EU law in this judgment. Asked only to rule on the interpretation of EU economic law, the Court decided instead to strengthen the constitutional foundations of EU law in the criminal field.

Substantively, the Court’s judgment is significant because it extends EU criminal law obligations to VAT fraud. This is, in the Court’s view, a pre-existing obligation not only in the PFI Convention, but also in the TFEU itself. To overturn it, Member States would therefore have to amend the Treaty, not just the Convention (in the form of the proposed Directive). Also, Member States’ obligations extend not only to criminalisation of serious cases of VAT fraud, but to prescription (and so potentially other procedural issues) as well.  So if Member States (in the Council) do insist on excluding VAT from the scope of the EU fraud Directive, that would have limited impact. Indeed, the Council Presidency has already asked Member States if there is any point maintaining their opposition on this point after the Taricco judgment.

Presumably the Court’s rulings on prescription and criminalisation apply to other forms of EU fraud too. This means that including prescription rules in the Directive (as all of the EU institutions are willing to do) simply confirms the status quo – although the final Directive will likely be more precise on this issue than the CJEU’s ruling. Furthermore, since the Taricco judgment could help to unblock talks on the PFI Directive, this could have a knock-on effect on the negotiations on the EPPO and Eurojust.

Moreover, the Court’s ruling limits the effect of various opt-outs. Ireland and Denmark have opted out of the proposed Directive, but will remain bound by the PFI Convention; the UK has opted out of both. But they remain bound by the Court’s interpretation of the Convention (for Ireland and Denmark) and the Treaty (for all three Member States). This has limited practical impact, as long as national law remains compliant (assuming that it is already compliant) with these measures as interpreted by the Court. While the UK is no longer free to decriminalise fraud against the EU budget, it was never likely to use that ‘freedom’ anyway, particularly as regards VAT fraud, where the main loss would be to the British government’s revenue, not the EU’s.

More fundamentally, the Taricco judgment strengthens the constitutional foundations of criminal law obligations in the EU legal order. While this may only be relevant for EU fraud cases, the Court has already broadened that concept to include VAT fraud. In such cases, there is an obligation for national courts to disapply incompatible national law as regards the procedural aspects of criminal proceedings. Conversely, there is no obligation to disapply incompatible substantive national criminal law, since this would lead to a breach of Article 49 of the Charter.

The ruling is based on the legal effect of the Treaties – the Court does not rule on the legal effect of the ‘third pillar’ Convention. It sets out a test for primacy similar to the test for direct effect (the Court refers to the precise and unconditional nature of the rules in Article 325 TFEU). It is not clear how this rule fits into the EU’s overall constitutional architecture – as a clarification of the general rules or as a special rule relating to protection of the EU’s financial interests. But in any event, the Taricco judgment is a significant contribution toward strengthening the EU’s role in this particular field.