EU citizens’ access to benefits: the CJEU clarifies the position of former workers 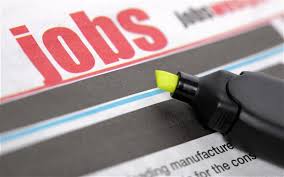 Today’s CJEU judgment in Alimanovic clarifies again the meaning of the EU law rules on the thorny issue of EU citizens’ access to benefits in another Member State. Like last year’s judgment in Dano (discussed here), it takes a more restrictive approach than suggested by the Court’s prior case law. However, like that prior judgment, today’s ruling leaves some issues open. I will discuss in turn the judgment itself, the impact on EU citizens' access to benefits, and the UK government's plans to renegotiate the country's EU membership.

As a starting point, on the issue of EU citizens’ access to benefits, it is important to make distinctions as regards three issues: (a) the status of the person applying for the benefit ((i) not economically active; (ii) first-time job-seeker in the host State; (iii) previously employed in the host State; (iv) currently in work; (v) permanent resident); (b) the type of benefit at issue (social assistance, or concerning access to the labour market); and (c) whether the dispute concerns access to benefits or expulsion of the person concerned.

The Alimanovic case concerns a Swedish woman and her daughter who had worked in Germany briefly, then lost their jobs. They sought a particular benefit in Germany, and the national court asked the CJEU if they were entitled to it.

First of all, the Court reiterated and expanded on what it had said in Dano: the benefit in question was a ‘social assistance’ benefit, not a benefit relating to labour market access. This distinction is important because the EU citizens’ Directive states that access to ‘social assistance’ benefits can be denied to first-time job-seekers, for as long as they are seeking work, and to all EU citizens during their first three months of residence. Furthermore, the Court’s previous case law (interpreting the Treaty rules on free movement of workers) states that first time job-seekers were entitled to benefits relating to labour market access, but not to social assistance benefits. The Court references that case law obliquely in the Alimanovic judgment, but does not either reaffirm or denounce it; it should be noted that a case about job-seekers’ access to this same benefit is pending (Garcia-Nieto: see the Advocate-General’s opinion in that case here).

Secondly, the Court then turned to the question of whether EU citizens who were previously briefly employed in the host State could be denied social assistance benefits. The previously employed are not one of the two categories of people specifically excluded from equal treatment to social assistance benefits by the citizens’ Directive; but that does not necessarily mean that they have access to those benefits.

To determine whether they had access to those benefits, the Court interpreted the equal treatment rule in the Directive, which states that equal treatment applies to all those EU citizens ‘residing on the basis of this Directive’ and their family members (leaving aside the exclusions which were already mentioned, as well as other exclusions in the Treaties or other EU legislation). So were the two benefit claimants residing on the basis of the Directive?

The Court ruled that they were not still covered by the Directive as former workers, since the Directive says that those who work in the host State for less than one year (as in their case) retain ‘worker’ status for at least six months after becoming unemployed. After that point, a Member State can (as Germany did) terminate their worker status, which means (unless they have another basis to stay, which was not relevant in this case) they are no longer covered by the equal treatment rule, and lose access to social assistance benefits. The national court also took the view that they could be classified as first-time job-seekers, although the Court pointed out that in that case, the Directive expressly permits Germany to refuse access to social assistance benefits.

Next, the Court distinguished prior case law which requires an individual assessment of whether an EU citizen could be expelled or is an ‘unreasonable burden’ on the social assistance system of the host State. In this case, no such assessment was needed, because the citizens’ Directive already took account of the individual position of workers. The specific period of retaining worker status set out in the Directive and national law ensured legal certainty, while ‘while complying with the principle of proportionality’. Finally, when considering whether there was an ‘unreasonable burden’ on national systems, the individual claim did not count: rather the total of all claims would be ‘bound to’ constitute such a burden.

As in Dano, the CJEU does not expressly overturn prior case law, but makes it easier for Member States to justify refusal of benefits than might otherwise have been the case under prior case law. (See by analogy the comparison of Dano with prior case law here). It’s unsurprising that the benefit at issue is ‘social assistance’, as the Court previously assumed in Dano, although this postpones any further clarification of the questions of access to labour-market related benefits for the various categories of EU citizens.

However, it’s rather more surprising that the Court simply applies the Directive’s definition of former workers. As recently as last year, in its judgment in Saint-Prix (discussed here), the Court insisted that the concept of ‘worker’ was set out in the Treaties, not secondary legislation, and so it fell mainly to be defined by the Court. In that ruling, the Court asserted that a woman who gave up work just before giving birth retained ‘worker’ status (and so access to benefits) under certain conditions. Yet in today’s judgment, the Court simply follows the Directive’s definition of former worker, without overruling or distinguishing (or even mentioning) the prior judgment. Certainly, as the Court said, following the precise wording of the Directive on this point promotes legal certainty; but it hardly promotes legal certainty to simply ignore apparently conflicting lines of case law.

Equally, it’s surprising that the Court ruled out a requirement for an individual assessment of the former worker’s position, which the Advocate-General had advocated (see discussion here). The Court draws a distinction between the individual assessment which the Directive implicitly requires as regards expulsion (more on expulsion of the unemployed after the Dano judgment here) and the issue of access to benefits. And the protection of the right of residence which the EU legislature expressly set out for beneficiaries of social assistance in the Directive has effectively been removed by the Court’s interpretation in today’s judgment, which seems to set out an irrebuttable presumption that any individual application for social assistance constitutes an ‘unreasonable burden’ on national systems, due to the applications made by other people in the same situation.

EU citizens’ access to benefits and expulsion: where do we stand?

It’s useful to summarise where we stand after this judgment as regards various categories of EU citizens’ access to benefits and expulsion.

Implications for the UK’s renegotiation of EU membership

Finally, this brings us to the elephant in the room: does today’s judgment have any implications for David Cameron’s renegotiation of the UK’s EU membership? Last year, Cameron outlined nine objectives specifically related to the free movement of EU citizens (he also has objectives on other issues, as discussed here).

I examined those nine objectives in detail at the time (see here). Let’s look at those nine objectives again, in light of today’s judgment. I have underlined the impact which the judgment might have on certain issues (I haven’t copied all of the prior analysis, but only those parts which might be affected by the judgment). As we can see, in general the judgment makes it easier to achieve the negotiation objectives of curtailing the benefits of former workers who are now unemployed, but it reaffirms the difficulty of changing rules relating to expulsion of job-seekers.

1. No access to tax credits, housing benefits and social housing for four years for EU citizens

For EU citizens who are not workers, work-seekers or former workers, this confirms the status quo, as set out in Dano.

For EU citizens who are work-seekers, the free movement of workers in the Treaties (as interpreted by the CJEU) requires Member States to give them access to benefits linked to labour-market participation. These benefits would probably not be covered by that rule. So this confirms the status quo.

For EU citizens who are workers (as defined by the Treaties and CJEU interpretation) or former workers (as defined by EU legislation, and the CJEU interpretation of the Treaties), there is a right to equal treatment.  As regards workers, changing this rule would require a Treaty amendment. However, as regards former workers, the Alimanovic judgment implicitly suggests that it is generally up the EU legislature to determine when they retain the status of ‘worker’. So potentially access to benefits could be curtailed for former workers by means of amending secondary law – although the CJEU did refer to the principle of proportionality in this context.

2. Removal if job-seekers do not find a job within six months

For EU job-seekers, the EU legislation states that they cannot be expelled as long as they ‘can provide evidence that they are continuing to seek employment and that they have a genuine chance of being engaged’. This reflects the case law of the CJEU, interpreting the Treaties (Antonissen judgment). Therefore this change would require a Treaty amendment. The Alimanovic judgment reaffirms this rule in the legislation.

3. Ending the entry of non-EU family members without restrictions

Not relevant to the Alimanovic judgment. But note that re-entry bans are not possible at the moment for rough sleepers and beggars: Article 15(3) of the EU citizens’ Directive states unambiguously that a ban on entry cannot be imposed where a person was expelled for grounds other than public policy, public security and public health; and Article 27(1) states clearly that such grounds ‘cannot be invoked to service economic ends’. This rule could possibly be overturned by EU legislative amendment, but it is possible that the CJEU would find that this would constitute a disproportionate restriction on free movement for those who were entering to obtain work later. So a Treaty amendment might be needed.

7. EU citizens to have a job offer before entry

Not relevant to the Alimanovic judgment. But the CJEU reiterated the current rule in EU legislation that EU citizens can stay if they are a job-seeker, subject to the proviso that they have a genuine chance of getting work. So this proposal would require a legislative amendment and a Treaty amendment, since the CJEU has said (in Antonissen) that the Treaty right to free movement of workers also applies to job-seekers, giving them the right to enter and stay in a Member State to look for work.

8. No taxpayer support for job-seekers

The EU legislation already rules out social assistance for job-seekers, so this reflects the status quo. However, the CJEU has said that job-seekers have a right to access benefits linked to labour market participation, if they have a link already with the labour market in question. While David Cameron suggested that the UK’s future Universal Credit would not fall within the scope of the CJEU’s case law, that would likely be challenged in practice. So a Treaty amendment is likely necessary as regards current rules, and possibly necessary as regards universal credit. As regards job-seekers who are former workers, the Alimanovic judgment makes it easier to deny them social assistance, and to tighten the rules to this end by means of amending secondary EU law, as discussed above.

Not relevant to the Alimanovic judgment. But note that there is a case pending before the CJEU on the separate question of the UK’s restrictions on payment of child benefit to children of some EU citizens living in the UK (the ‘habitual residence’ test).